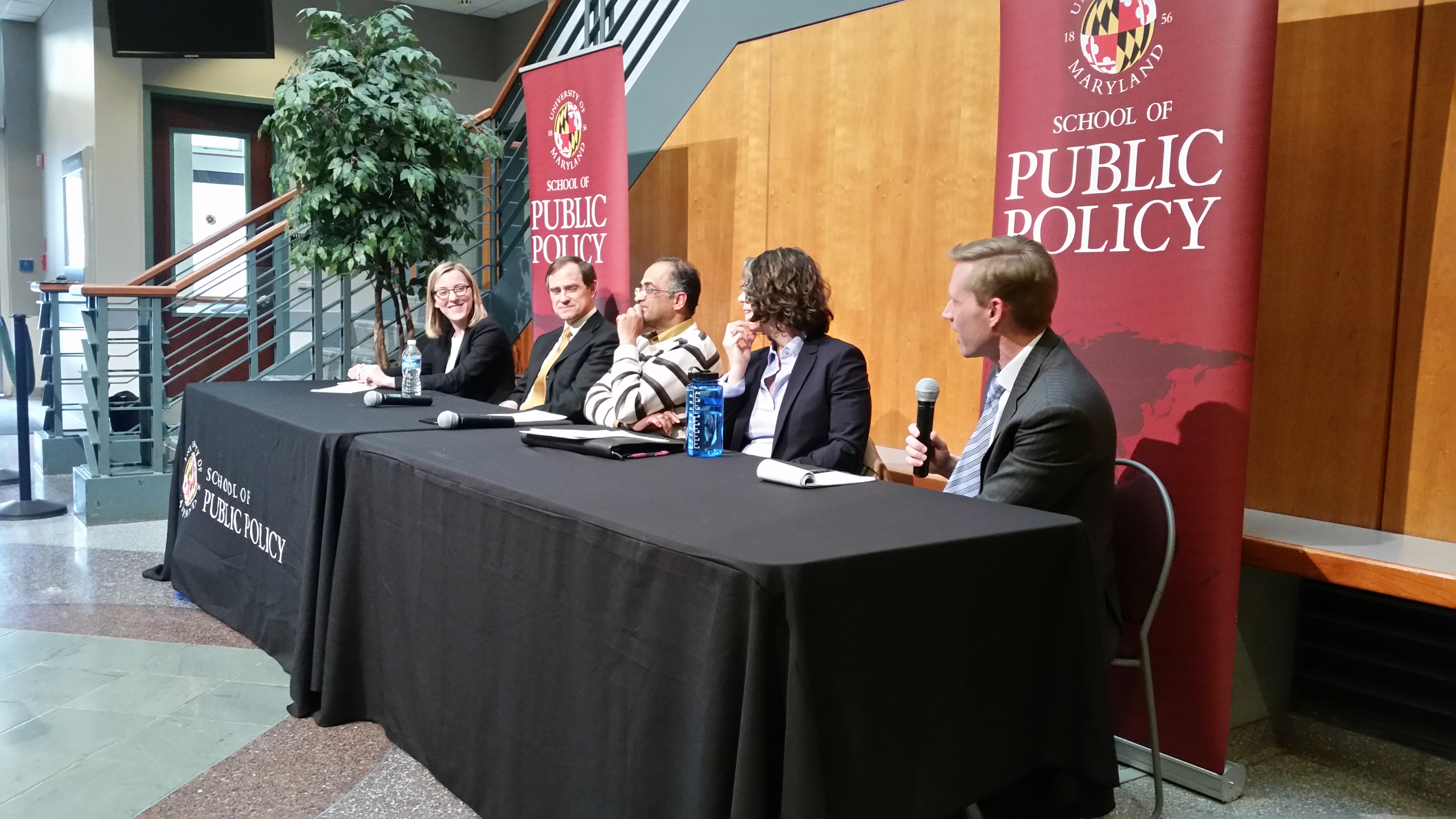 A panel of experts gathered in the University of Maryland public policy school atrium Monday afternoon to discuss the long-term implications of climate change, specifically after the United Nations Climate Change Conference, or COP 21, in Paris.

The panel consisted of school officials and professionals, some who were in Paris during the climate talks, which ran from Nov. 30 to Dec. 12. The discussion began with each panelist introducing his or her thoughts on the Paris Agreement — which resulted from the conference — in front of about 40 people.

“All four of our panelists here today are able to come at this issue from different angles,” said Jennifer Hadden, the event’s moderator and a university government and politics professor. Hadden is also a fellow with the nonprofit think tank Council of Foreign Relations, working on climate change issues.

More than 190 countries came together in Paris to discuss the global climate change issue in December. The Paris Agreement focused on several aspects of climate change, such as agreeing to limit global warming by stopping the rise in average global temperature to below 2 degrees Celsius. Nations can sign the agreement beginning April 22.

Robert Orr, the public policy school dean, expressed his support for the Paris talks and its results since December. He said it is encouraging that world powers, such as China and the United States, are able to unite for the common good.

Nate Hultman, a public policy professor and director of the Center for Global Sustainability who recently worked with the White House on environmental issues, added that the Paris agreement is a chance for countries with local climate-change priorities to expand their scope.

“With the Paris agreement, we do now have a structure that allows countries to put down targets that they have established at a national level into this international architecture,” Hultman said.

Hultman also acknowledged how far the United States has come in terms of pollution since 2005. In 2005, it was projected that emissions would be up 5 percent by 2020, and now the projection is that harmful emissions will be down 17 percent by 2020.

Hadden asked the panelists about the current state of the world following the Paris climate agreement. She also asked how any given student at the university can effect change and if there are job opportunities present for students interested in combating climate change.

Anand Patwardhan, a university public policy professor, said there are always new ways to combat climate change and now is the most important time to act.

“This is not about 10 or 50 years; this is about the next decade,” Patwardhan said.

Hultman also spoke positively about job opportunities with the arrival of organizations that are making concerted efforts to reduce harmful emissions, such as Tesla.

“This is going to be a transformational time and energy space … for students to apply some new and creative approaches to doing institutions and deploying technologies,” Hultman said.

Derek Arnette, a senior finance major, said he appreciated how many different perspectives the panelists represented at the event.

“All of the different backgrounds coming together gave us a good picture of how the U.S. climate summit was and how it affected our policies,” Arnette said.