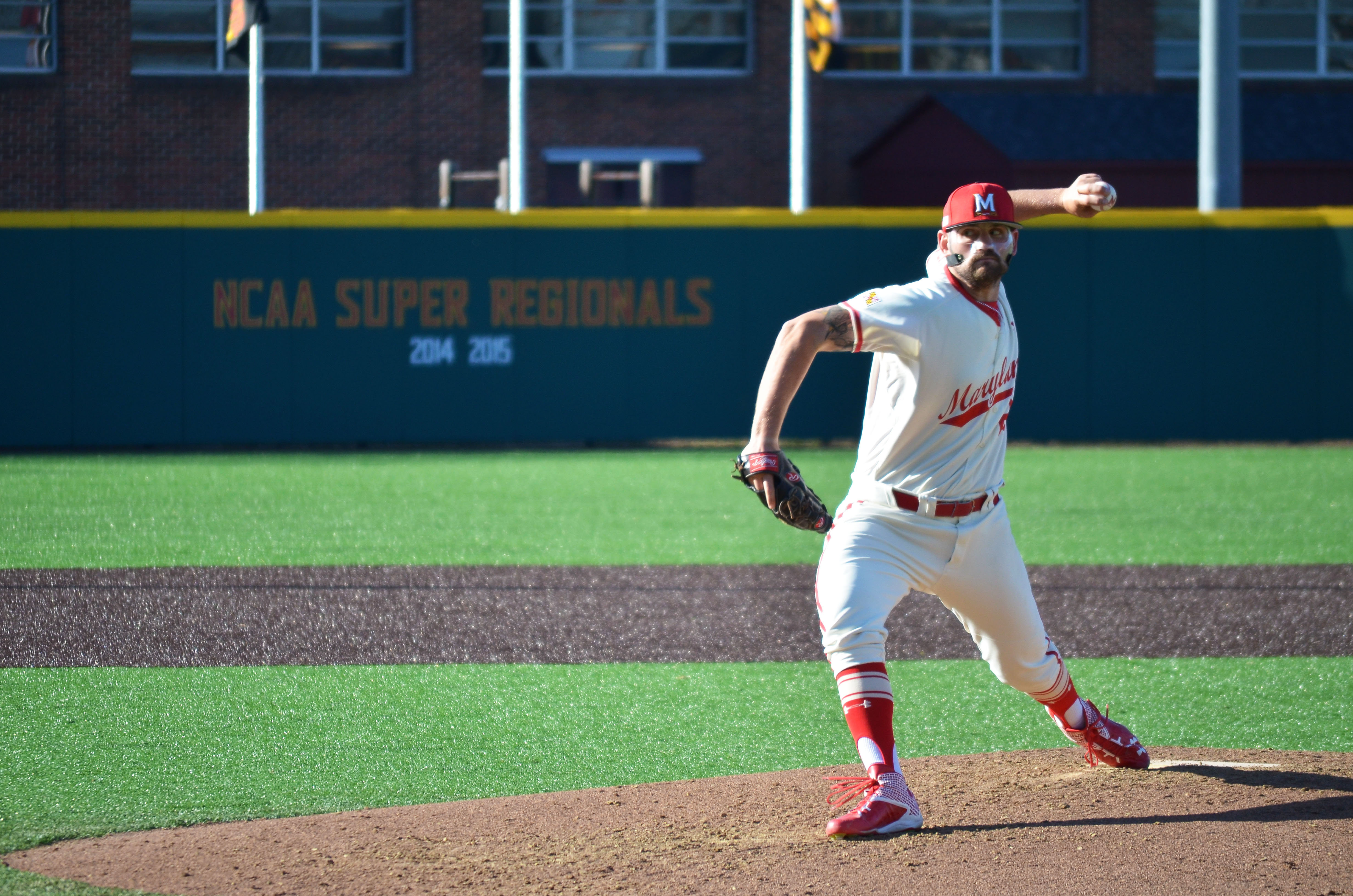 Terrapins baseball left-hander Tayler Stiles knew he was due for a big outing.

In his first start two weeks ago, Stiles allowed six runs over 4.2 innings. And when he got another chance the following week, he couldn’t get through the fourth inning, allowing four runs in 3.1 frames.

But Tuesday in the Terps’ game against VCU, Stiles redeemed himself.

The junior tossed seven scoreless innings to lead the Terps to an 8-1 win over the Rams at Bob “Turtle” Smith Stadium. It marked the first midweek game the Terps allowed fewer than nine runs.

“It’s about time,” Stiles said. “Baseball’s a mental game. You just have to figure it out. After every bad outing, I just kind of contemplated it and then kind of flushed it and worked on what I needed to work on.”

Just as Stiles rebounded, so did the Terps offense after combining for six runs in their series at Iowa this past weekend. Eleven Terps (12-12) combined to record 14 hits.

The Terps took a 1-0 lead in the first when catcher Nick Cieri grounded out to score shortstop Kevin Smith. The Terps continued to put the pressure on freshman right-hander Jack Alkire, who was making his first career start.

Coach John Szefc’s squad scored five runs in the second inning as the Terps batted around to blow the game open. The Terps extended their lead to 8-0 in the fourth when center fielder Anthony Papio hit an RBI triple to score two runs.

“We’re just trying to have quality at-bats up and down the lineup,” Papio said. “When we’ve been able to string good at-bats together in an inning, we have a good offensive game.”

The Terps’ bullpen, which has struggled this season, allowed one run after Stiles exited with a comfortable lead.

Stiles said he had been pitching on the left side of the rubber before Tuesday, but he moved to the right side against the Rams (16-8) so he could throw his fastballs closer to right-handed batters. Stiles said that kept the VCU lineup off balance.

“He’s getting ahead a lot more in the count,” Szefc said. “If you’re ahead of hitters and you have defense behind you, it makes for a much better start.”

Stiles came out of the bullpen in his first six appearances this season, but as Szefc searched for reliable starting pitching in midweek games — the Terps allowed 11.8 runs per game in five midweek contests entering Tuesday – he turned to Stiles.

The fourth-year coach could’ve given up on the Bowie native after his first two starts, but he stuck with him. He believed he was the answer because of his experience, as Szefc said Stiles improved as the season progressed the past two years.

Based on Tuesday’s performance, Szefc proved he was right, as Stiles put together his best start of the season.

“He made some big pitches when he had to,” Szefc said. “That’s really what we needed. No matter what anybody thinks, your team works off its starting pitching. If you get a good start, you have a good chance to win. That’s what he would expect to do.”