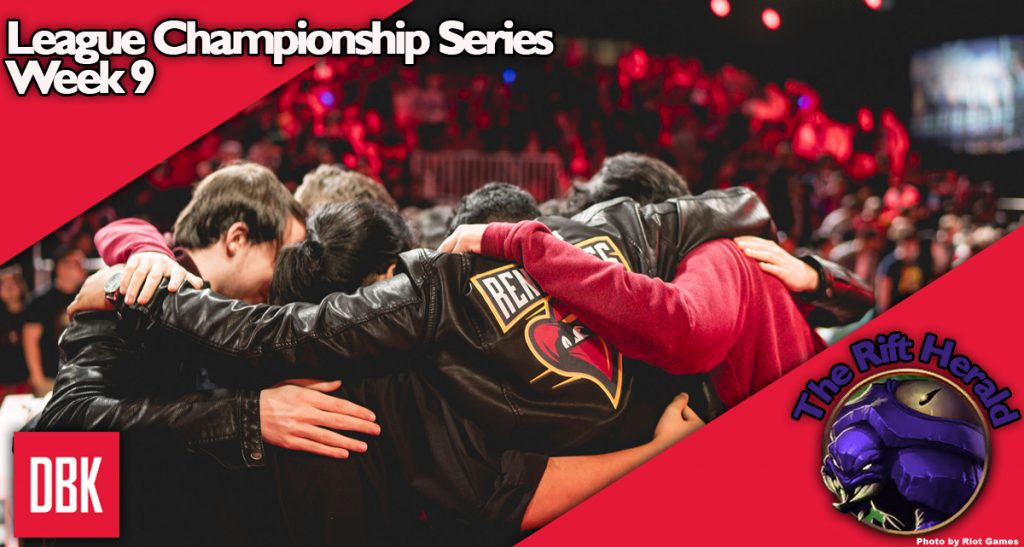 Last weekend marked the end of the regular 2016 LCS spring season, and it went out with a bang. If you missed the games, I’ve got your back.

The North American LCS would have had to play 10 tiebreaker games if Renegades, Cloud9, Immortals, Dignitas and NRG won their games on Sunday. Unfortunately, Cloud9 and Dignitas dropped the ball and made everyone very disappointed that we didn’t get to watch another six hours of LCS. Dangit, guys!

In a tie breaker match against Team Impulse, REN pulled out a win with an almost 15k gold lead, surprising many. They actually avoided relegation with Echo Fox and shoved TIP into the locker they once inhabited. TIP will be playing in the Challenger Series to try to re-promote to the LCS.

Huni gets (another Pentakill)

Immortals’ top-laner broke out the Ekko this week, smashing Team Impulse into the ground. As the team pushed into TIP’s base, Huni managed to snatch up the pentakill, making it his second this season. Though WildTurtle didn’t do so well that game, Huni put his carry pants on and got the job done.

That being said, Counter Logic gaming and IMT placed in the top, giving them byes for the semifinals. C9 will face off against Team Solomid in order to try and beat IMT, and Team Liquid will be playing against NRG to try to get to CLG.

The Europe, H2K and G2 picked up the high seeds, and Vitality and Fnatic are going to duke it out in order to get to the next match, and Origen and Unicorns of Love will be fighting for their spots.

As usual, more statistics and VODs can be viewed on lolesports.com.

And remember: UMD’s League team is pretty freakin’ good. We’re in the Final Four for the uLoL tournament, and if you didn’t know that … now you do.