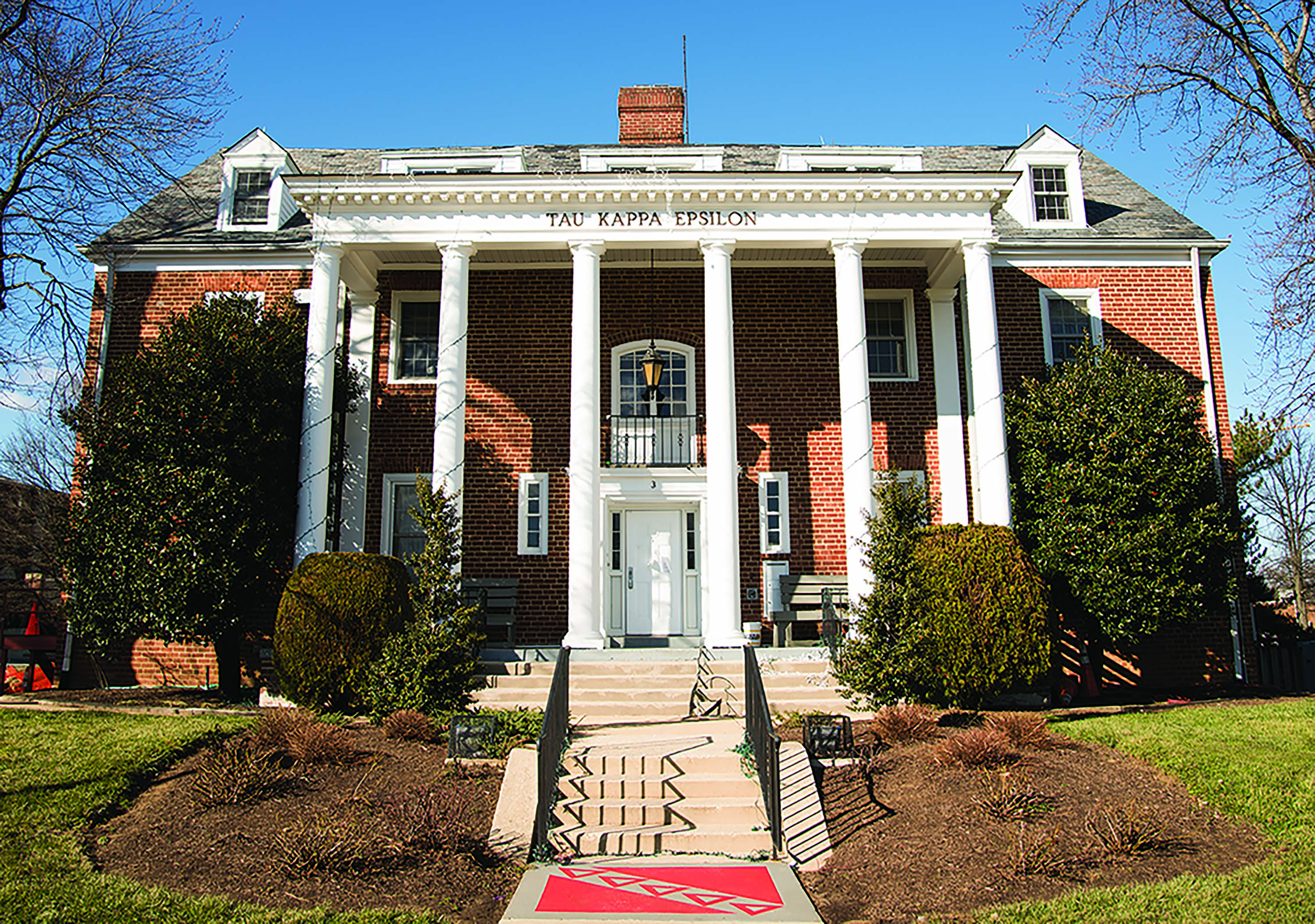 By Darcy Costello and Grace Toohey

The decision, made in conjunction with the national fraternity and local alumni, came following hazing and risk-management violations, said Matt Supple, the department’s director.

The chapter had been on probationary status with the department for three years, added Corin Gioia Edwards, the department’s associate director.

In addition to stripping the fraternity chapter of its university recognition, the ruling means residents of 3 Fraternity Row, which the chapter leased from the university, will be forced to leave by March 20, Supple said.

“The decision to remove recognition for Tau Kappa Epsilon will impact the future of the fraternity in that we’ve said they can’t come back to campus until the fall of 2020, or until all of the current active undergraduate members have graduated — whichever is longer,” Supple said.

Representatives from the university’s Tau Kappa Epsilon chapter and the Interfraternity Council declined to comment for this article.

The chapter’s change in status was announced Tuesday evening in an email obtained by The Diamondback that the department sent to leaders of the Greek community. The decision, according to the email, “was not made lightly” and is the final step in ongoing efforts to address the chapter’s “deficiencies.”

“Although the primary responsibility to address the unacceptable culture within the chapter rests upon the members of Tau Kappa Epsilon, all of us in some way share the blame for this failure,” Edwards wrote. “Our community must learn to help identify chapters who are in need of assistance and provide them with the necessary resources to turn things around.”

Edwards noted in the email that it was “unfortunate” that this was the second fraternity to lose university recognition in a one-year period. Delta Chi lost its charter in June, following “unacceptable patterns of behavior” that included $20,000 worth of damage to hotel rooms during an away weekend in 2014 and neighborhood complaints about a satellite house, according to a previous Diamondback story.

The final decision to revoke the chapter’s charter was made due to the chapter’s “inability to adhere to both university and national organization policies,” Edwards wrote.

Potential new members of Tau Kappa Epsilon were informed of an investigation in a Feb. 19 letter from the Office of Student Conduct obtained by The Diamondback.

“We have reason to believe members of the chapter have been conducting activities that have threatened your safety and well-being,” Taft wrote.

To address the possibility of the fraternity going “underground” — continuing to operate without the university’s recognition or sanction — Supple recently spoke directly with the current fraternity members.

“The expectation that we’ve set is that they can’t continue to operate as an organization or reconstitute themselves with the same men in another form,” he said, “or they would face potential disciplinary action through the Office of Student Conduct, or certainly through their national fraternity, if they continued to try to operate with the same name.”

Tau Kappa Epsilon’s national organization released a statement in support of the university’s decision to revoke the chapter’s charter.

“We stand with the university in seeing that this is a time for the group to take a pause,” Alex Baker, a spokesman for the organization, wrote in an email. “We look forward to working with university leadership and once again being a positive contributor to the University of Maryland campus in the future.”

Tau Kappa Epsilon previously had its charter revoked by the university and was kicked out of its fraternity house in September 1995 for violating hazing and alcohol policies, according to a Diamondback report. The chapter returned in 2005 and gained a spot on Fraternity Row in 2008.

Tau Kappa Epsilon’s mission is to “aid men in their mental, moral and social development for life,” according to the university’s OrgSync website. The national Tau Kappa Epsilon fraternity was founded on Jan. 10, 1899, at Illinois Wesleyan University, and its website describes the fraternity as one of the largest collegiate men’s social fraternities, with more than 272,000 initiated members and 252 active chapters and colonies.

“The university is committed to helping Tau Kappa Epsilon restore a chapter on campus that will embrace both the university’s mission and the organization’s purpose,” Edwards wrote. “It is our belief that the closure will allow the chapter to return a stronger, healthier organization.”