Katsucon: The good, the bad and the ugly 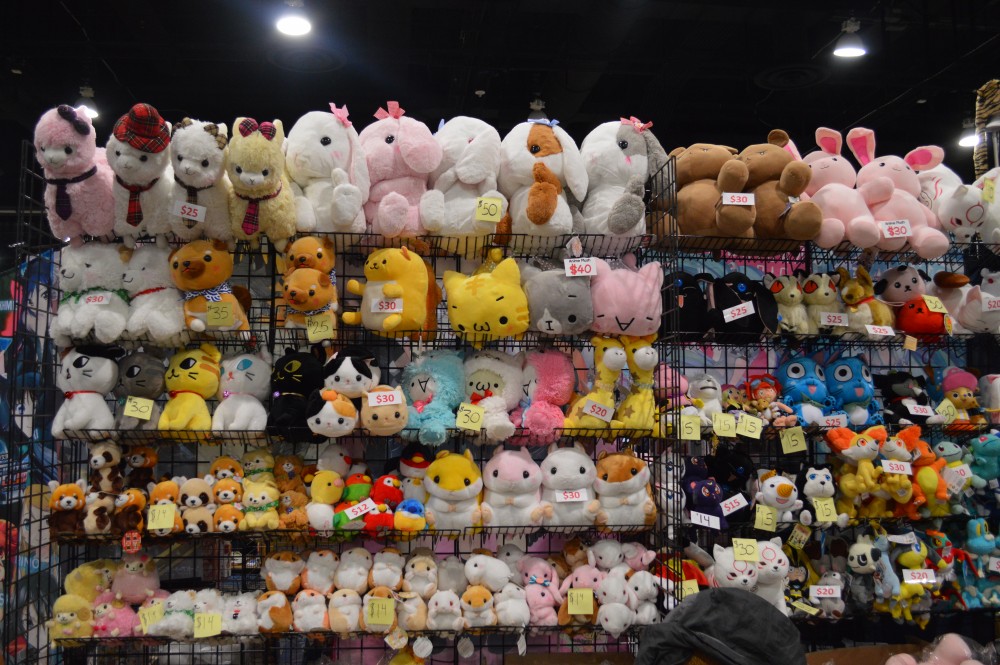 Every year, I debate whether or not to go to Katsucon. I love going to anime conventions to see friends, and maybe I’m just jaded, but it seems like all the events and junk are the same. Todd Haberkorn is there. There’s a dealer’s hall. They have trivia panels. Some teens wreck parts of the hotel, making everyone question whether or not Katsucon should be held at the Gaylord anymore. It’s pretty much all the same. However, there are some things that stick out about Katsucon that make it worth going to for some. I’ll help you make that decision for next year.

Katsucon takes place in February every year at the Gaylord National Resort and Convention Center in National Harbor, Maryland. And let me tell you — that area is beautiful. I feel fancy as f**k hanging out with my friends in the Gaylord, sitting with them on the hotel-room balconies that overlook the rest of the scenery.

Want to take amazing cosplay photos? The Gaylord has fake brick buildings, trees, fountains and huge, beautiful doorways for great shots. Right outside the convention center, there’s a nice waterfront and a giant ferris wheel that lights up at night. This setting is super ideal for photos.

I mean, look at these shots in this video by BeatDownBoogie!

Because the con typically takes place in February, that means two things. One is that the convention has overlapped Valentine’s Day weekend for the past couple years, and I do not recommend Katsucon as a Valentine’s date. I said this last year, and I’ll keep saying it until I die. The second thing is that it’s cold as butt in February most of the time.

Walking around anywhere that isn’t inside the convention center is a nightmare, especially when the wind is blowing the cold waterfront air right onto your face. Walking to the parking garages and being outside for photos isn’t fun unless you’re bundled up properly, and if you’re cosplaying, you’re probably not.

If you’re on a college budget like me, there is one thing that ruins me every time I go to Katsucon: food. If you want reasonably priced food, there are options like Nando’s, Chipotle and Potbelly, but the wait for these places is god-awful unless you want to eat at 9:30 p.m. The only other choices you’re left with are upscale restaurants in the harbor that are filled with fancy, working adults. The food is delicious — don’t get me wrong; but I don’t like spending $30 on a meal, and I’m sure you don’t either.

Katsucon is often called “Line Con,” because the lines to pick up badges are notorious for taking people hours to get through. While this wasn’t a huge problem this year, there was a line to go to the dealer’s room frequently, which really sucked. The lines are unpredictable, though. One year they’ll be nonexistent, and the next, they’ll make you wait hours. You just have to cross your fingers and hope it’ll be okay.

This year there was also an electrical problem causing smoke, resulting in the fire alarm going off. Everyone in the convention center had to be evacuated at around noon on Saturday, which meant that anyone in cosplay pretty much froze to death. Hotel staff tried to ration out blankets to give to people, but they didn’t have enough for every con-goer, and people were stuck outside for over an hour before they were let back in. Yikes.

Katsucon staff also seemed to have little knowledge of or control over anything at the convention. I asked one staff member how to get down to the gym/pool level without going outside, and he said he had no idea. In addition, they do a pretty bad job of keeping their guests where they’re supposed to be. I was extremely disappointed with the fact that I couldn’t get photos or an interview with famous cosplayer Jessica Nigri, because she just decided to not show up to her press panel.

Is it worth going to Katsucon? In the end, that’s all up to you. While I like to go to meet up with friends and take photos with the great scenery, it might not be worth it to others, especially because badge prices increase every year for a pretty lackluster event.