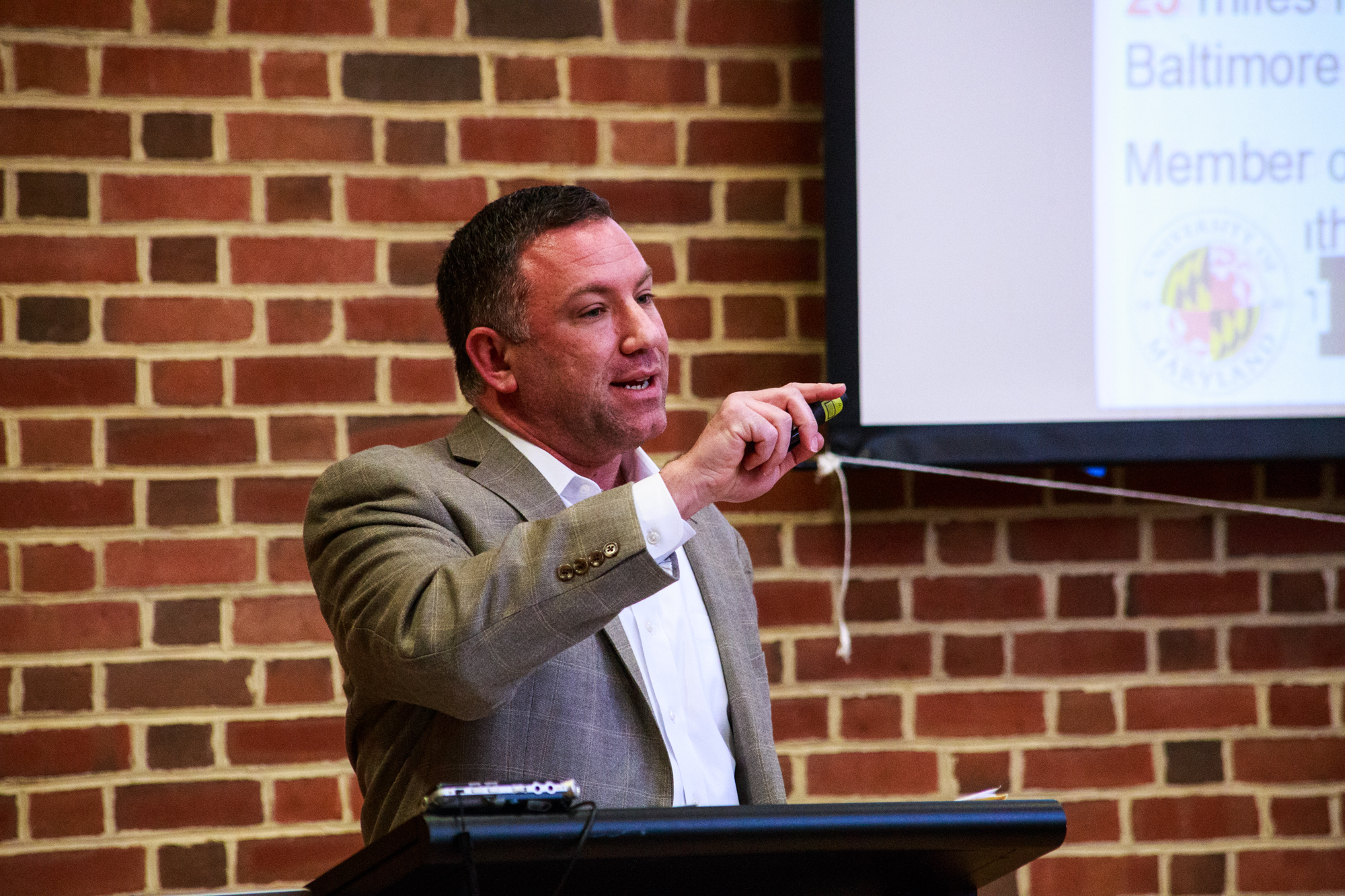 For the past 25 years, Andy Fellows and Eric Olson have been brainstorming ways to improve College Park.

Fellows, the city’s former mayor, said he grew up on this campus, often commuting via the C2 Metrobus, which took “a bazillion hours.”

Fellows and Olson, executive director of the College Park City-University Partnership, said they believe a key city improvement relies on the addition of the Purple Line.

“The Purple Line is so much more than a transportation system,” Olson said. “We are really moving forward and becoming more urbanized as a city.”

More than 50 students, faculty and residents gathered Monday in Stamp Student Union’s Prince George’s Room to hear a panel of university and city leaders — including Fellows and Olson — discuss the Purple Line and its impact on the community.

The meeting was the first of a yearlong series of public forums led by Purple Line NOW!, an organization that has advocated the project since 2002. The forums will be hosted by various officials and allow residents to learn more about the Purple Line, which is set to begin operating in 2021.

“Everything feels like it’s on the rise,” said Ken Ulman, chief strategy officer for economic development for the university’s College Park Foundation. “But we’re not reaching our full potential unless we make this one of the greatest university places [to be in].”

The 16.2-mile light-rail transit system, which costs about $2.4 billion, would run from Bethesda to New Carrollton, passing through Silver Spring and College Park, and includes five stops on and around this university’s campus: Adelphi Road/West Campus, Campus Center near Cole Field House, East Campus near Ritchie Coliseum, the College Park Metro Station and M Square on River Road.

“We’re becoming more mass-transit friendly,” said Spaur, a junior environmental science and technology and government and politics major. “The university is limiting parking in the future, and we’re trying to become more sustainable. This is empowering students to live up to these goals.”

“We need to expand beyond pizza restaurants,” Toussaint said. “We need more folks living and working in College Park, and the Purple Line has opened doors for us.”

While businesses and market-rate housing developers have become more interested in the city, some are concerned that affordable housing will no longer be available for students and residents.

“With rents upwards of $800 a month and an increase in tuition, students can’t afford living here and are forced to commute,” Spaur said. “Affordable housing needs to be a priority.”

Bennett said officials are hoping to finalize a contract by June, followed by construction beginning fall 2016.