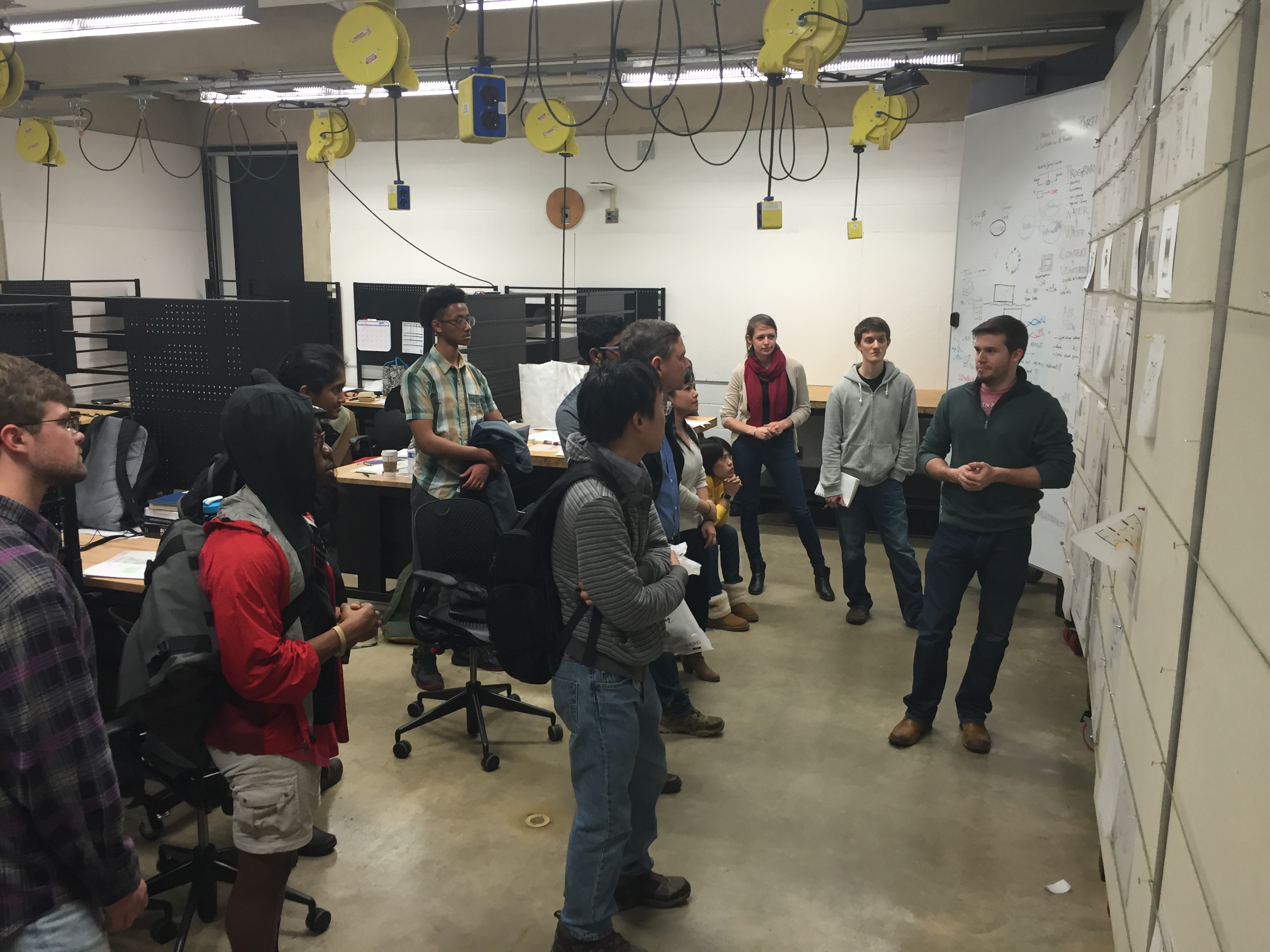 On a stretch of wall in the studio space of the School of Architecture, Planning and Preservation are pictures — rows of them, stretching from floor to ceiling — of sustainable housing designs university students have showcased for the U.S. Energy Department.

The designs were part of the Solar Decathlon, a biennial Energy Department competition that challenges student-led teams from across the globe to create innovative, solar-powered homes. This university is getting ready to take part in the competition again.

The department announced in January a team from this university will be part of the 2017 competition for a shot at $2 million. This university’s team, which should have about 20 people, along with 15 other teams, is preparing for the designing, testing, marketing and construction that will take place during the next 18 months. The existing photos on display in the Architecture Building serve as a reminder of past successes and ways to improve.

This university has been represented in the Solar Decathlon four times since the competition started in 2002. Its teams placed in the top five three times, including landing first place overall in 2011 with the “WaterShed” project.

The 2017 team is looking for regenerative, or “net positive,” designs for the competition, which can give back more to the environment than they take, Timberlake said.

“We’d like the house to actually be something which is a positive part of the environment, rather than just less bad for the environment,” said Mike Binder, a lecturer in the architecture school and a principal investigator for the team. “We’d like it to generate not only all of its own power, but clean its own water, help people grow food and really create a very sustainable lifestyle.”

Net positivity has become a growing trend for architects, engineers and businesses in recent years. The Living Building Challenge, for example, is a program started in 2006 by a branch of the U.S. Green Building Council that certifies buildings for using environmentally positive construction solutions.

Developing a net-positive house likely will earn the team high scores in energy balance, one of the 10 categories the Solar Decathlon jury will use to evaluate the competition.

The jury looks at elements such as architecture and engineering, market appeal and affordability and communications, which includes a website, brochures and an audiovisual presentation within the house.

These categories help make the project interdisciplinary, which can open the door for students who are not in the architecture or engineering schools to get involved, said Erin Barkman, a architecture graduate student and Solar Decathlon team member.

Barkman, a 2015 university alumna, said much of her undergraduate coursework in architecture was theoretical and done independently. The Solar Decathlon provides hands-on experience and a real-world collaborative effort.

“In most classes that [engineering students] take, the problems are very well-defined. They compute a solution and then they’re done,” said Ray Adomaitis, a chemical and biomolecular engineering professor and principal investigator for the team. “But this requires some really unique thinking that certainly translates over to any sort of thing they do later, whether it be research or business or starting their own business.”

Adomaitis and Binder said they expect more information on the competition, which will take place in mid-2017, to be released in the coming weeks and months.