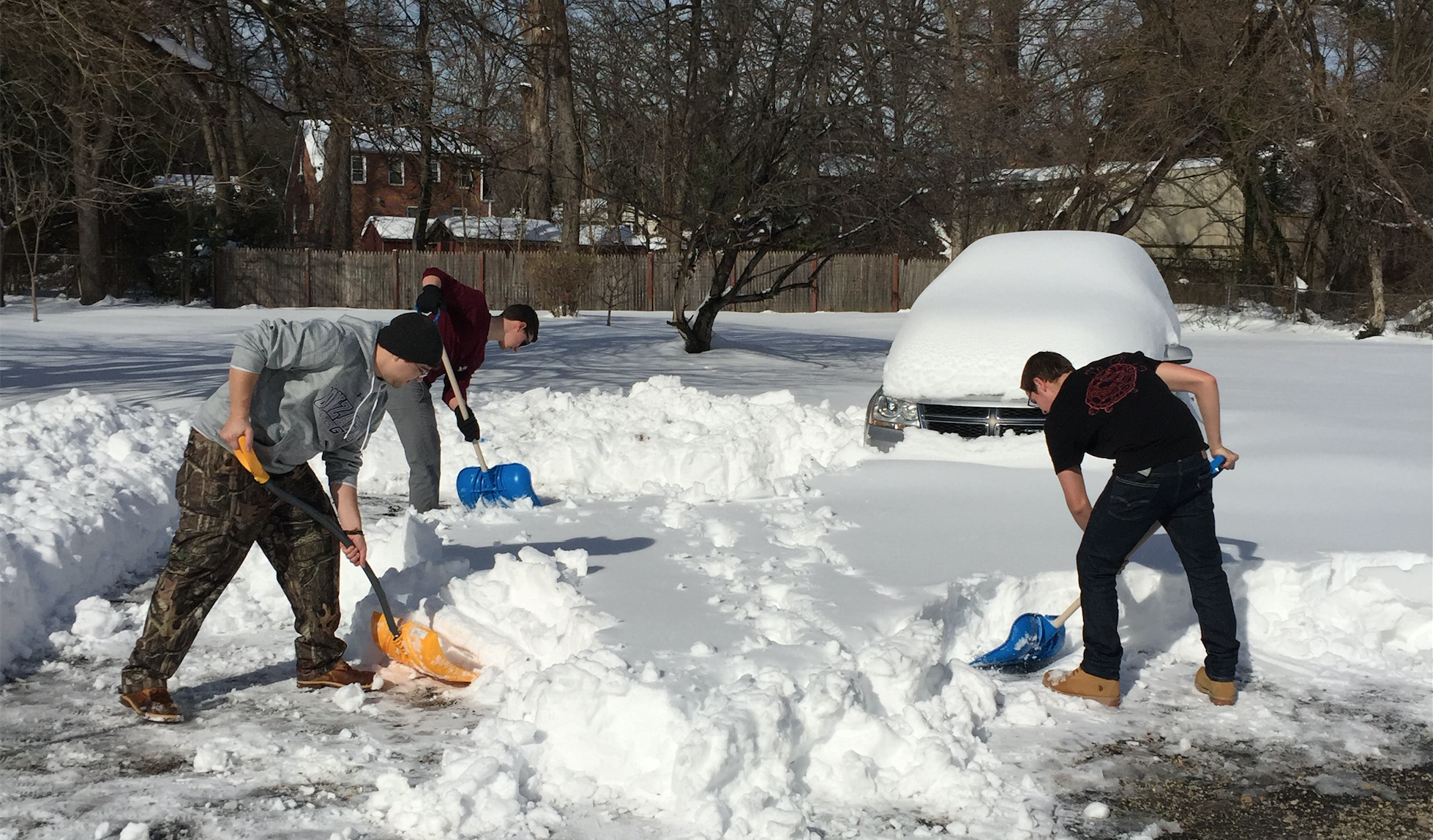 Conditions in College Park are finally getting back to normal more than one week after Winter Storm Jonas struck the East Coast.

The streets are now fully navigable and driveways are plowed, however this took several days, which left some residents snowed in and frustrated with the city’s cleanup crews.

Tim Millercheck, who moved to College Park in 2008, said when the 2010 “Snowmageddon” storm hit the area, he was “quite pleased” with how quickly the streets were plowed. But with the most recent storm, he said he didn’t know what happened.

“They dropped the ball big time,” he said, adding that his street, Niagara Place, was not plowed fully for three days after the storm. “I don’t know what it was, but this year was a failure.”

The blizzard was the “most significant and widespread storm [Maryland] has ever experienced,” said Gov. Larry Hogan at the Maryland Board of Public Works meeting Wednesday. “We got an entire season’s worth of snow.”

College Park’s City Manager Scott Somers said the city’s public works crews did not have the proper equipment and staff to deal with the volume of snow, which made it difficult to keep up with the snowfall.

“We need to look at the relativity of this storm compared to our resources,” Somers said. “We did a pretty good job, considering our limitations.”

By Sunday evening, streets had a clear passing lane, but the county could not get some roads completely cleared until Thursday night, Mayor Patrick Wojahn said.

“The challenge is that as people park in the streets, it’s hard to clear a parking lane,” Wojahn said. “We need to figure out how to get residents to not park on the street.”

Wojahn said cleanup crews did what they could; however, certain removal improvements, such as clearing more than one lane of city streets, should be made for future storm prevention and cleanup.

Initially, the focus was on clearing one lane, but the council must also explore ways to make the streets wider, Wojahn said.

“The city’s response was by no means perfect,” Wojahn said. “But we had staff working around the clock, and we were pretty lucky that there were no casualties in College Park. I’m very grateful for that.” 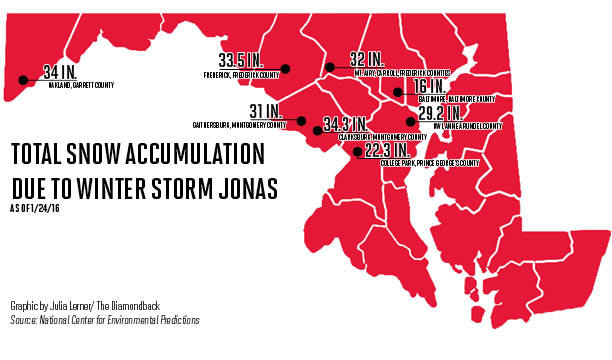 Somers said there are no ordinances or codes requiring residents to move their cars off of the streets, which are the primary limitation when plowing the roads. However, additional parking space is limited, making such a rule difficult to enforce, as residents don’t have any other places to keep their vehicles, he said.

While residents and business owners don’t have to move their cars from the streets, they are required to clear their sidewalks within 48 hours if snow has fallen or ice has accumulated two inches or more, according to the Prince George’s County Department of Permitting, Inspections and Enforcement.

Residents and businesses were given three extra days due to the large amount of snow, but many sidewalks remained covered in snow, the department wrote in a news release on Jan. 28, leaving people to walk in the streets.

“I have noticed snow on streets like Metzerott Road and Princeton Avenue, which lots of students use to walk to campus,” West College Park Citizens Association President Suchitra Balachandran said. “There should be some thought on the number of students who walk to campus and how to address clearing those sidewalks.”

Wojahn also said he would like the council to explore a volunteer database that would connect people who want to help those who need assistance, such as the elderly and disabled residents.

Three deaths were recorded during the blizzard in Prince George’s County, including a man who died after shoveling snow outside of his home.

“There’s always a risk with people stuck inside their homes, and it’s important that we check on our neighbors in events like this,” Wojahn said. “And people need to be safe when shoveling themselves or others out.”