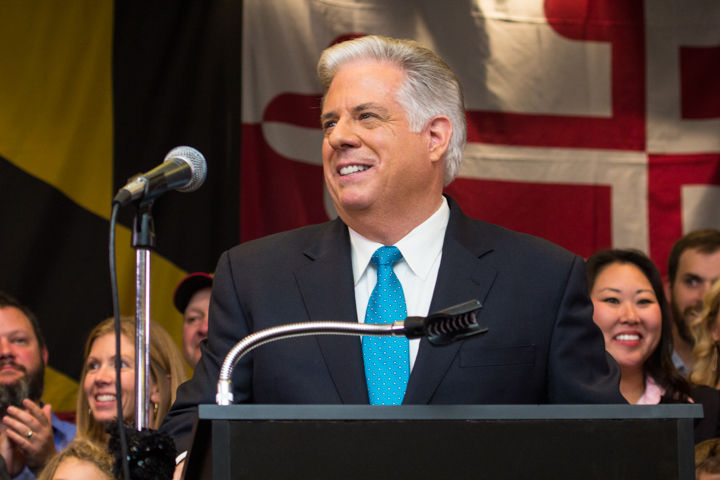 The April riots in Baltimore led Gov. Larry Hogan to make an unusual request to the University System of Maryland Board of Regents, causing the board to add the University of Maryland’s differential tuition proposal to its agenda less than 48 hours before the scheduled meeting.

“What was unusual was the governor’s interest in scheduling the meeting,” said James Shea, the University System of Maryland board chairman. “That I had never experienced before. I did not know why and I still don’t know why.”

The vote was originally scheduled for May 6, according to emails obtained by The Diamondback through a public records request. At the end of April, Hogan asked the board to move the vote on the $2,800 gradual tuition increase to later in May while he dealt with the unrest following the death of 25-year-old Freddie Gray while in police custody.

Interactions with Maryland state agencies were delayed during this time, Shareese DeLeaver-Churchill, a spokeswoman for the governor, wrote in an email.

“The decisions of the board are wholly independent from the Governor’s office,” DeLeaver-Churchill wrote.

But on May 4, Hogan changed his mind and the board put the proposal back on the May 6 agenda.

The board voted 10-2 in favor of gradually raising tuition for engineering, business and computer science upperclassmen at this university, less than 48 hours after the system sent a news release on May 4 at 3:26 p.m.

“Typical of the schizophrenic political world in which we are embedded, an unfortunate request has been [made] by the Governor’s Office,” former system Chancellor Brit Kirwan emailed Shea. The email was marked “Urgent.”

“None of us are happy about this but, out of deference to the Governor, [university President] Wallace [Loh] would like to do so,” Kirwan wrote.

The sequence of events left little time to inform the university community.

“I look back with great pride of many things when I was chancellor, but I truly regret the way the timing played out on this issue,” Kirwan said, adding that such a request from the governor had never been made in his 13 years as chancellor. “There were very unusual and special circumstances having to do with what was going on in Baltimore City.”

Then-sophomore materials science and engineering major Robert Kornfeld started a change.org petition against differential tuition after the proposal was announced May 4. It gained about 1,000 signatures by the following night.

“I just hope for the administrators to see the student body cares deeply about this issue and they should have consulted us before,” Kornfeld told The Diamondback. “It’s awful to go after these particular students because they’re following their passion.”

Regent Frank Reid and student Regent Raaheela Ahmed voted against the differential tuition hike. Although Loh’s arguments in favor of the increase were persuasive, “the voice of the students should be heeded in this matter,” Reid wrote to Kirwan.

Current system Chancellor Robert Caret emailed Kirwan on May 2 and said the governor’s original decision to delay the proposal was the “right move.” He suggested holding a student referendum for the proposal. Kirwan replied that a referendum was not necessary because “all the folks in Annapolis that matter support it.”

“I think Wallace is afraid to go for a referendum and feels he doesn’t really need one,” Kirwan replied to Caret. “He’s spoken to a lot of students and the typical response is, ‘I understand the need and will not object but don’t ask me to endorse.'”

During Kirwan’s 13-year tenure, the board had never held a student referendum on a tuition or fee increase. Universities could not operate that way, he said.

Once Loh secured support from House of Delegates Speaker Michael Busch and state Senate President Mike Miller and Kirwan spoke to other regents, Kirwan wrote to Caret he was “99.4%” positive the proposal would be approved. It is common for Kirwan and Loh to gather support from legislatures to ensure that proposals would not be “dead on arrival,” Kirwan said.

READ MORE: USM Board of Regents votes to raise tuition up to 5 percent

Prior to the meeting, Ahmed asked Kirwan and Doyle if she could compile a document of student testimony to submit to the board, and Kirwan encouraged her to gather as much input as possible. He assured her the board would work with her to have a sense of the student perspective.

So Ahmed said she was surprised when, during the meeting, she was “shut down” by other regents. Her list of amendments clarifying the proposal’s language, which she sent to the board in advance of the meeting, was not seconded.