Byrd Stadium will change its name to Maryland Stadium 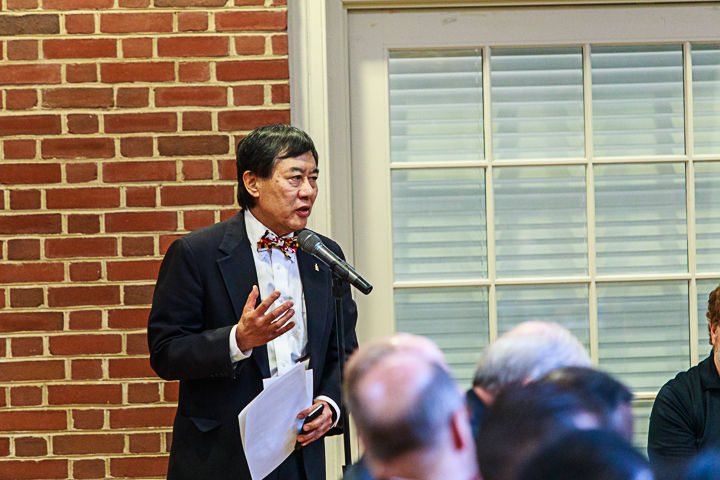 The University System of Maryland Board of Regents voted Friday to rename Byrd Stadium as Maryland Stadium, marking the official conclusion of a heated monthslong debate over the stadium’s namesake.

The decision, which came after more than two hours of testimony and board discussions in Stamp Student Union’s Atrium, sends the message that, “Going forward, we are a university committed to diversity, inclusion and the success of our students,” University of Maryland President Wallace Loh said.

The name change is effective immediately, and officials will task Facilities Management with removing the existing signage, Loh said.

Loh sent the board a formal recommendation letter Monday urging it to change the stadium’s name. While the stadium’s namesake, Harry Clifton “Curley” Byrd, served as a former Terrapins football coach, athletic director and university president, many in the university community called for the removal of his name in light of his support of segregation.

Board of Regents Chairman James Shea said he expected the outcome.

“The right result was reached,” Shea said. “And as you heard, some people changed their mind during the discussion. Isn’t that a wonderful debate?”

While he supports the board’s final decision, Regent Robert Rauch — who voted against the recommendation — expressed concerns about the possible repercussions.

“It goes against my basic belief about name changes and the like,” Rauch said. “Hopefully it won’t create another form of division.”

Though the university will remove Byrd’s name from the stadium, officials plan to establish a permanent exhibit dedicated to Byrd’s legacy inside one of its libraries, Loh wrote Monday in an email to the university community. The university will also impose a five-year moratorium on changing “any honorific naming of other buildings that recognize historical figures,” Loh wrote.

“It’s important to recognize all of the good out of [Byrd’s] very long tenure at the university, while at the same time acknowledging that he was a segregationist and that there was a lot of flaws to him as well,” said Student Government Association President Patrick Ronk, who supported the name change.

Loh emphasized to the board the difficulty of his recommendation and said the university does not intend to “purge” Byrd and his contributions from history.

Byrd, who served as this university’s president from 1935 to 1954, oversaw the construction of 60 buildings on this campus and the development of University of Maryland University College, among other accomplishments. But he also barred black students from attending the university until 1951 and opposed federal anti-lynching laws.

Prior to voting, regents discussed their stances on the recommendation. Meeting attendees, who filled the Atrium, also lined up to voice their own arguments.

Some speakers, such as Crisfield Mayor Kimberly Lawson, urged the board not to consider Byrd’s stances on segregation and race using present-day values.

“We say, ‘What a horrible man,’ but then, when looking at the context of the day, it should be noted that the president of the United States — FDR — had taken the very same stand,” Lawson said.

Regent James Brady also said that focusing on the past is misguided.

“The test … is not whether you change the name of the stadium,” Brady said. “It’s about what we do every day on campus to make our campus as inclusive and as nondiscriminatory and as fair as it can possibly be.”

Others disagreed, noting that as times change, the university has a responsibility to follow suit and address current concerns.

After learning of the vote, Terps junior defensive tackle Azubuike Ukandu said he is pleased to see the change go into effect.

“It’s a new day and age,” Ukandu said, “and we are not representing those same values that the name stood for.”

Following the board’s discussion, Regent Robert Neall inquired if it could consider alternative names to Maryland Stadium — an action the majority of the board rejected.

Colin Byrd, who is not related to the stadium’s former namesake, also opposes the name “Maryland Stadium.” He said the stadium should be renamed to honor Darryl Hill, who became the first black football player at this university in 1963.

“If we want to remember segregation and not honor those who were on the wrong side of that history — he really represents probably the epitome,” Byrd said. “We do want to send the signal … to athletes, to black athletes, that they are welcome here.”