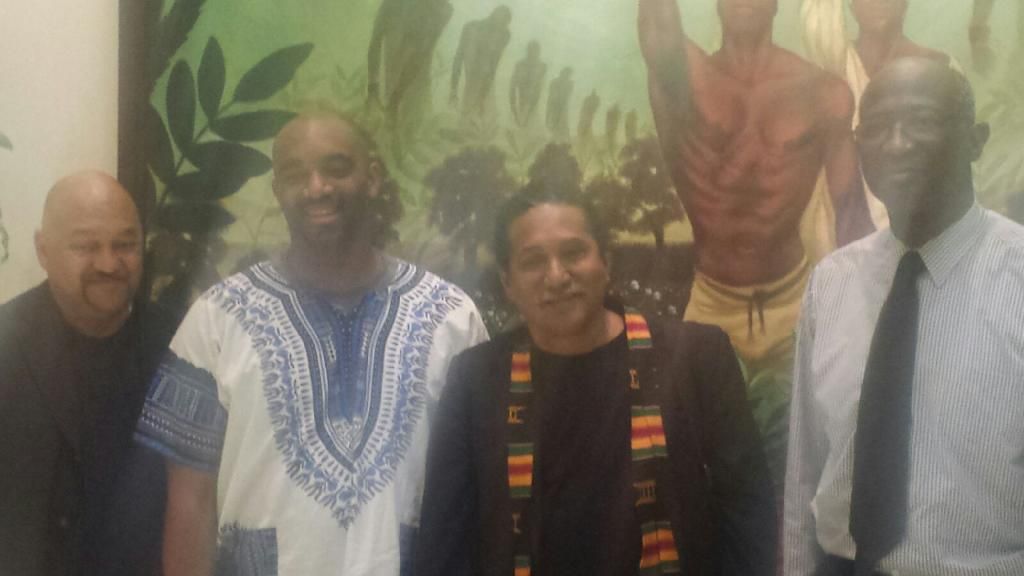 Justice, reparations and development are the three principles that can right the wrongs that plague Afro-Venezuelans today, according to a Venezuelan historian who visited this university.

Jesus Chucho Garcia, a Pan-Africanist and filmmaker, came to Nyumburu Cultural Center on Friday to present his documentary, “Chavez in Africa,” and discuss the history behind the struggles that descendants of Africans in Venezuela face.

Garcia’s documentary, which focused on the work of the late Venezuelan president Hugo Chavez, included archival video footage of Chavez visiting Afro-Venezuelan neighborhoods and more recent video of residents expressing gratitude for schools and recreation facilities he had built for their communities.

Aided by a translator, Garcia stressed the importance of the three principles to improve Venezuela today.

“We have to eliminate racism from all laws,” Garcia said. “We have to create laws against racism, against discrimination.”

The documentary showed Chavez’s support for Afro-Venezuelans, and Garcia said that support should be a reflection of what must be done in the country to secure equality and international solidarity.

Garcia also addressed the concept of slavery, adding that Afro-Venezuelans deserve reparations because of the institution’s negative impact.

“Slavery made a lot of damage. Psychological, economic and spiritual damage,” Garcia said.

He addressed the last principle, development, as the main principle of the decade. Garcia, the general consul of the Venezuelan consulate in New Orleans, mentioned the state of communities in the American South — there tends to be less development, he said, which could also be the case for communities of African descent in South America.

“The most underdeveloped populations in Latin America and the Caribbean and Afro-descendant populations have poverty levels that are extreme, and it is very sad,” Garcia said.

There is one concept that ties these principles together, and to Garcia’s effort to fighting for Afro-Venezuelans and international equality: young people.

“The youth is fundamental,” Garcia said. “Without the youth, there’s no change, there’s no principles.”

Carleton Jackson, the head of media services at Hornbake Library, attended the event and said he is looking to create more outlets for students to tell their stories through media, as Garcia did with his documentary.

“He’s not just a historian. His scholarship is second to none,” Comissiong said.

Comissiong said when it comes to the history of people of color, younger generations can be oblivious.

“When you have historians like Garcia, whose impact is immeasurable and invaluable and gets that information out, it’s incumbent upon us as educators to share that information with other people,” Comissiong said. “Especially young folks, because they’re not getting that information — not even at colleges and universities.”