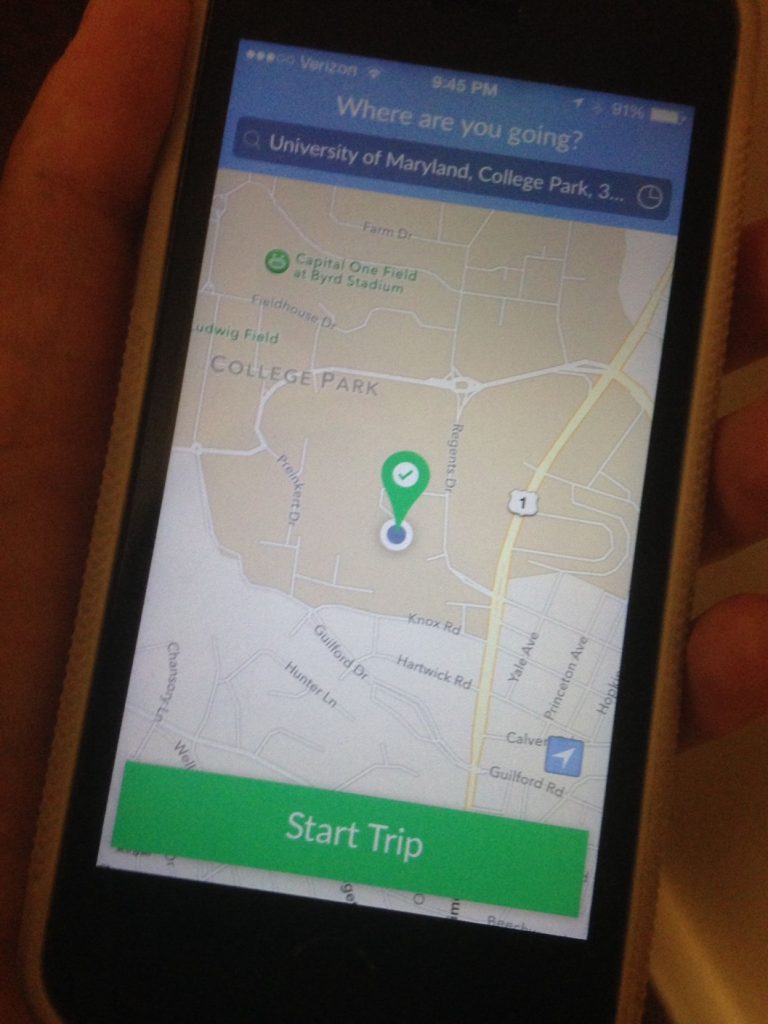 Many people know the feeling of walking home alone in College Park late at night. It can be from a party off the University of Maryland campus, a night class or even studying at McKeldin Library. There’s just an uneasy feeling to being alone and vulnerable.

With the Companion app, the game has now changed.

This past school year, five students at the University of Michigan created Companion to help college students get home safely. It enables friends or family members to virtually track the user on a map as he or she walks home. Users can select multiple people to watch over them — and even call the police if they feel threatened.

If the user strays too far from his or her path home or makes a sudden movement (such as dropping the phone), the app responds by asking whether the person is OK. The user has 15 seconds to click the button affirming whether they are, in fact, fine. If the button is not pushed, the app offers to contact the police, immediately contacts the companion(s) and turns the phone into a personal alarm system that projects noises to scare others.

And a user’s companions don’t need the app to watch over a friend. The app sends a text message to each companion with a link to an interactive map, making it as easy as possible to ensure the safety of the person who requested his or her assistance.

When someone requests you to be his or her companion, you get a message similar to this one: 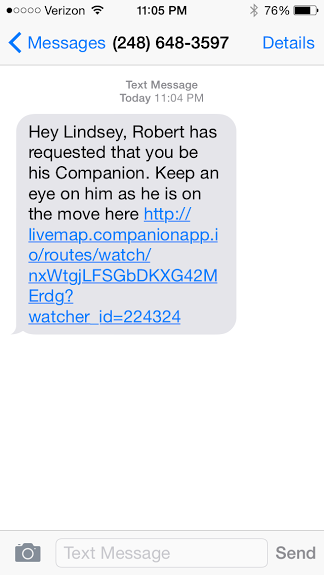 This app hopes to eventually be implemented with the University Police, said Emily Lisanti, the campus representative for the Companion app. It has also been implemented in a few of Big Ten towns.

Lisanti said the 911 calls system would not be overloaded “because while using the app when you feel unsafe, you can click the ‘I’m nervous’ button. It notifies the police of the dangerous areas without calling them.”

This app has gone viral on the Internet, with social media mostly fueling the popularity.

As for how it functions, this app is seamless. It’s very easy to type in an address or drag the location symbol to your destination. When you want to select a companion, the app takes you to your contact list and even saves the recent people you have used as companions.

I even tested the app to see whether sudden movement actually triggers the alarm. It does work and contacted my companion very quickly: 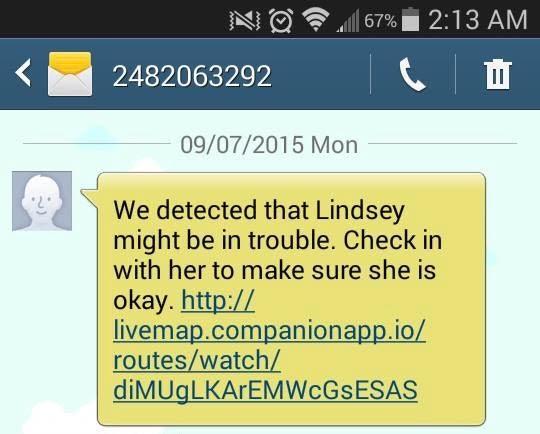 Overall, this app is revolutionary and every college student — male or female — should own it.

It’s currently available on both the iOS and Android platforms.

CORRECTION: A previous version of this article incorrectly stated that the app has been implemented with the University Police. This blog has been updated to reflect this change.