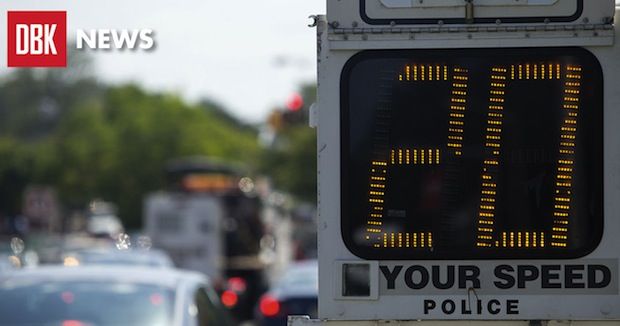 With three pedestrians killed in accidents along Route 1 this year, District 1 Councilman Fazlul Kabir has received emails from residents afraid to venture onto the dangerous stretch of highway in downtown College Park.

On Aug. 15, in an effort to assuage those fears and promote safe driving, three speed cameras began operating in new locations within half a mile of the university while seven out of eight existing speed cameras in College Park extended their operating hours to 24/7. Speed cameras previously operated from 6 a.m. to 8 p.m.

The city uses that money to pay for part of the annual $1.1 million cost of the contract police program, through which the city hires Prince George’s County police officers to supplement the officers assigned to the area, Ryan said.

It has been nearly three weeks since the speed camera hours were extended, and officials have yet to determine what the effect on revenue will be.

“It will change the number of tickets and the revenue, probably, but I can’t really estimate by how much at this point,” Kabir said. “Some people think it’s a kind of revenue-generating scheme and come up with a conspiracy theory, but it has nothing to do with making money. It’s all about keeping people safe.”

Historically, speed cameras have generated more money when first installed, with revenues dwindling in later years. In 2011, the cameras generated $3.6 million, which fell to $1.6 million in 2013.

“I hope the message gets out and people don’t speed,” Fellows said. “One of the things we’ve worked to do is create so much publicity around the horrific events of the past year that people get the message not to speed through this part.”

Ryan said even if the extended hours result in more tickets issued, the city can only use as much as 10 percent of the annual revenue budget on public safety — about $1.5 million.

“If as a result of enforcing 24/7, we were to receive total revenue exceeding 1.5 million, we would give that money to the state of Maryland which would go into the state’s general fund,” Ryan said.

Speed camera tickets are $40 regardless of location or speed, and will be issued to vehicles exceeding 37 mph, but police can issue speeding tickets to anyone going faster than the 25 mph limit.

Kabir said no one wants to see a repeat of the past year, and the speed cameras — along with the safety measures they will fund — will support that.

“These speed cameras aren’t a silver bullet to fix it,” he said. “But it’s one thing.”