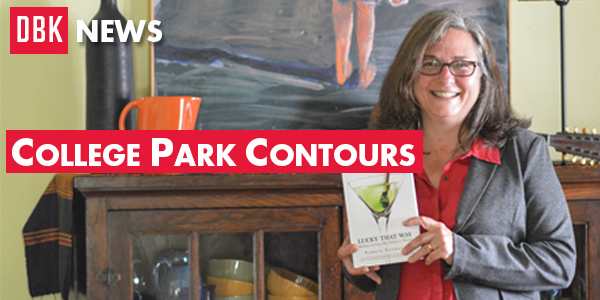 When she’s not teaching English, Pamela Gerhardt lets her creativity guide her.

Gerhardt enjoys being a university English professor and has written more than 40 articles for The Washington Post as a freelancer, but she recently finished what she describes as her greatest personal accomplishment yet: writing a book.

“The fact that the book was fast-paced and humorous is probably why it won the award,” Gerhardt said.

The book, narrated in the present tense, tells the story of Gerhardt and her four siblings rediscovering family bonds by trying to find meaning in their father’s life before his time runs out.

The idea started after her father suffered a stroke while he was on vacation in Las Vegas. With Gerhardt and her siblings each in a different state, they scrambled to take care of him.

Writing the book was no cakewalk; it took patience to assemble enough information to share the story.

“From the start, I would take daily notes,” Gerhardt said.

The book thus far has been well received.

“I’ve gotten a lot of positive feedback from readers who have had similar experiences with their parents,” Gerhardt said.

Gerhardt said she “tried really hard” to make the book personal and relatable.

“It is very satisfying and gratifying to have people read the book and apply it to their life,” said Gerhardt. “I’m really happy about that.”

Editor’s note: College Park Contours is a weekly series spotlighting interesting members of the community. Know someone we should profile? Email suggestions to newsumdbk@gmail.com.