Washington’s booming theater scene is second only to New York 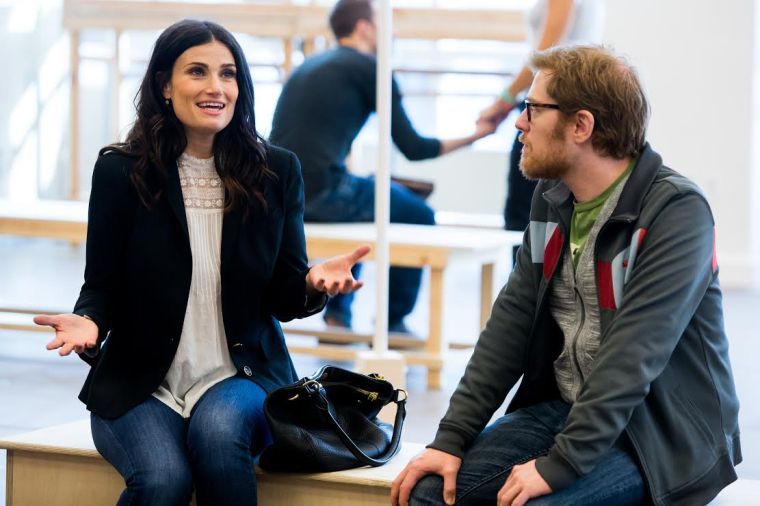 So long, Second City — Washington is now producing the second-highest number of theater productions yearly after the Big Apple itself, surpassing Chicago and the nation’s other theater hubs.

There might be no example more emblematic of Washington theater’s prominence than the previews of new star-studded musical If/Then that runs at the National Theatre until Dec. 8.

It stars Idina Menzel of Wicked and her former Rent film co-star Anthony Rapp. It’s written by Brian Yorkey and Tom Kitt, the team behind 2009 Broadway smash hit Next to Normal. The Washington Post reported the show costs $10 million and, unlike the adaptations of novels and films that have flooded Broadway recently, If/Then is an original work.

The pre-Broadway preview is a production form that’s dwindling. In the past, it has been an important last stop before Broadway, meant to gauge responses to a show before tweaking it in preparation for a New York audience. Washington has been home to several out-of-town tryouts, including West Side Story and Hello, Dolly!, which both previewed at the National Theatre decades ago before becoming industry staples.

Producer David Stone told The Washington Post that “great things happened” when Next to Normal, a show about a mother struggling with depression, premiered regionally in Washington before Broadway. The team was inclined to come back.

“I believe that the production company would agree that we have found people to be very receptive of the idea of a brand-new show that’s previewing, adapting and changing,” said Sarah Bartlo, the National Theatre’s general manager.

New York vs. The District

New York City is a hot spot for theater lovers worldwide. Levy said the goal is to make theater in Washington so prominent that, just as in New York and London, purchasing tickets for the theater becomes a part of trip planning for tourists.

Deeksha Gaur, who formerly lived in New York, is the director of marketing and public relations for Washington’s Woolly Mammoth Theatre Company. She said Washington has the flexibility of larger theater venues, such as the Kennedy Center — the president of which, Michael Kaiser, recently announced his intentions to join this university — or Arena Stage, as well also other, smaller works elsewhere.

Misha Kachman, a professor of set and costume design at this university and a member of Woolly Mammoth Theatre Company, said theater in New York tends to play it safer than theater in Washington, which is working to “challenge the audiences, as opposed to cater to their tastes.”

Bartlo moved to the area in May, but she said the high intellect of Washington theatergoers makes them a diverse and open audience.

“I think each city has its own unique feel, and yet the theater communities in each of those cities have some general similarities,” she said. “One of the great things about D.C., however, is it’s such an intelligent audience.”

It makes sense that the Washington area has spent the past few decades growing into a hub for theater.

Kachman said theater in Washington has been on the rise since regional theater began to grow in the 1970s.

Mitchell Hébert, a theatre professor who’s also a Woolly Mammoth company member, pointed to the trend starting in the late ’80s, when small theaters began to pop up around the area. In the past 10 years, he added, the established Washington theaters have built themselves new buildings.

Thanks to the expansion of theater in Washington over the past few decades, many neighborhoods have even seen economic benefits from restaurants and shops that accompany high-profile theaters, Levy said.

Producers are starting to recognize the large talent pool in Washington, said Dan Conway, a professor of scenic design who has worked with professional Washington theater companies.

“The story of Washington is it’s become a theater center not in terms of theaters but people who have come to Washington to live and still be able to make a living with theater,” Conway said.

Similarly, Hébert wonders how much further theater in Washington can go. New shows at area theaters garner great reviews but don’t always sell out, he said, perhaps because there’s too much competition.

“Maybe the D.C. theater market might be maxed out right now,” Hébert said. “The question is how many more new theaters can be supported.”

In the meantime, theatreWashington is working to continue to increase Washington’s prominence as a theater hot spot nationally, Levy said. Theater inspires and connects people, she said, and Washington has its own diverse work that sets it apart.

“It’s very distinctive in the terms of the power it’s had and in terms of really cultivating a community,” she said.