The Dismemberment Plan makes a successful return to its hometown 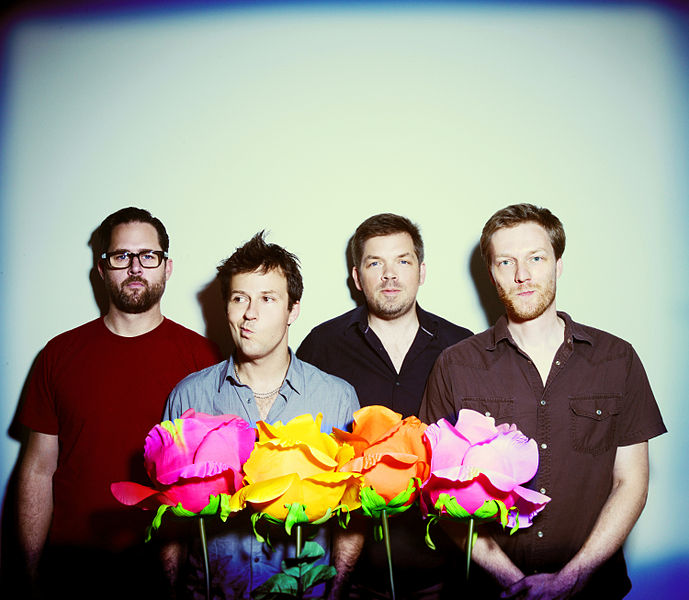 A night of possibilities

A night of possibilities

“We’re The Dismemberment Plan from Washington, D.C,” said lead singer Travis Morrison, in my dreams, in my fantasies, in amateur crowd videos shot via shaky cam, and finally, Saturday night, in person, at the 9:30 Club, the band’s first Washington gig since early 2011.

I’ve tried explaining the college experience before to friends, family and prospective students, each time finding it difficult to effectively articulate how I see myself. This is no coincidence. Life is confusing and linguistically elusive, which is why I leave the explaining to Morrison. And last night’s lecture of sorts was, in both musical and literal terms, pure catharsis.

When I was first introduced to The Dismemberment Plan by a close friend amid the intense emotional alienation of freshman year, he remarked that the band’s best album, 1999’s spazzy, aching punk rock masterpiece Emergency & I, was the unofficial soundtrack to his first semester at school. That declaration has stuck with me, but in a different way, one tinged with the grandiosity of self-realization: Emergency & I has helped me understand myself and the world around me better. I’ve always wondered what it would be like to have someone in my head, helping me filter through the cognitive chaos to a true, peaceful sense of understanding. I don’t know how Morrison does it, but it seems as though I am the sniveling Leland Palmer to his benevolent BOB; he is the spirit inside me that has taken control of my thoughts and thrust them into linearity.

It’s therefore quite poetic — given both the importance of Emergency & I as well as my anticipation of this concert — that the band would choose to begin its show with the first track off that album, “A Life of Possibilities.”

“You’re all gone ‘cause they can’t find you/ You’re lost ‘cause they don’t know the way/ They blame themselves they blame each other/ They’re angry/ They’re sorry/ They’re worried/ You don’t care,” sang Morrison over that iconic low-end synth rumble which sounded pristine and perfect over the 9:30 sound system.

“A Life of Possibilities” set the tone for the remainder of the show, the majority of the setlist occupied by Emergency cuts and songs from the band’s brand-new album, Uncanney Valley, its first in nearly 13 years.

Uncanney Valley is not a return to the glory days of yore. It’s far from sullen, decidedly happy even, which is problematic for a group that has mastered the art of explaining and contextualizing what it means to be sad. But Morrison is a changed individual. At first it was bizarre to watch a man filled with such energy and zeal sing about depression and angst. Rather than feel inauthentic, though, it was reinvigorating. If Morrison is the main character from his old songs, where he speaks of the exhaustion of life’s unshakable malaise, then his complete change in morale is nothing short of inspiring.

This mentality helped make the new material more approachable and worth understanding, while transcending the classics in ways I never thought was possible. In a new context, songs such as “Back and Forth,” “Time Bomb” and “Girl O’Clock,” once aching with hopeless frustration, now sounded like rallying cries for a better future.

If I were to nitpick about one, minor detail, it’s that not enough of Is Terrified and Change were represented in the setlist. Yet, in the end, it didn’t matter.