Decoding the Code of Student Conduct 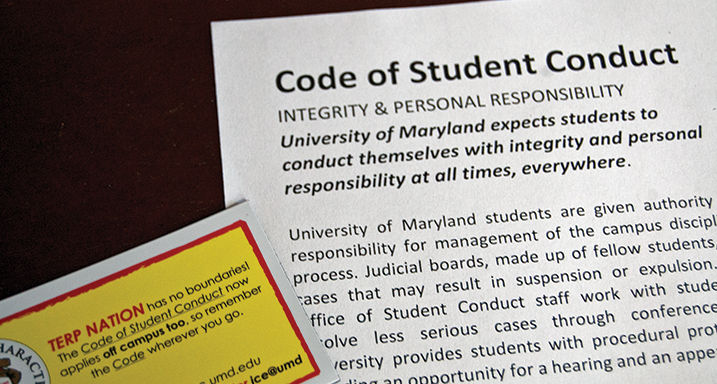 Following the University Senate’s decision to expand the Code of Student Conduct, life away from the university no longer looks the same.

The University Senate passed legislation May 2 to expand the code’s jurisdiction off the campus. University President Wallace Loh signed the bill into university bylaws a week later, capping a push that Office of Student Conduct director Andrea Goodwin formally began with a proposal last October.

The extension makes it possible for a student who violates the code to be processed through the university’s Office of Student Conduct. Police now have the option to send cases to the university to handle in lieu of or in addition to filing them in the Prince George’s County system.

The code will target “serious cases,” such as sexual assault, hazing and parties that are “disruptive to the campus community and the surrounding communities,” Goodwin said.

This university is one of the last schools in the University System of Maryland to extend its student conduct code off the campus.

For the students, officials and permanent residents who call College Park home, the expansion means big changes to the university’s role in the community and off-campus student culture. Whether that change is positive or negative depends on the stakeholder.