Devote time to being a great person 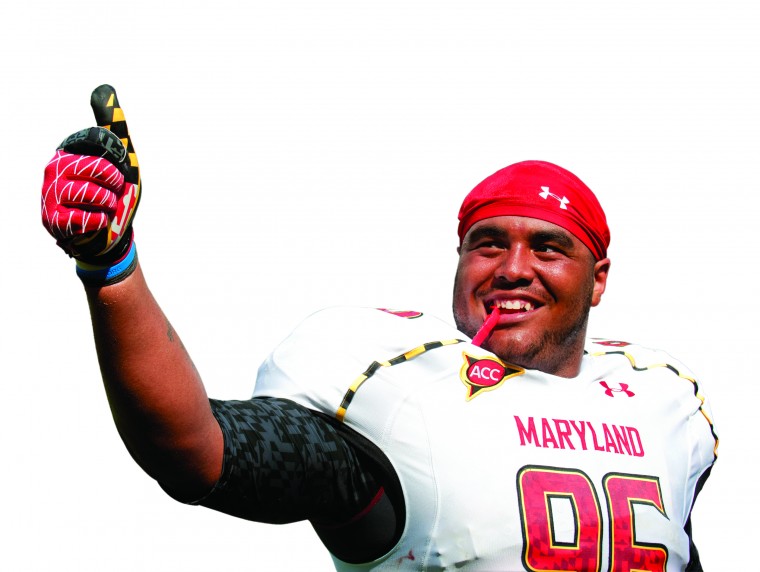 When former sports editor Connor Letourneau contacted me about writing a guest column for The Diamondback, I really only had one question: Why?

Of all the people in the university community he could have asked to write a guest column, why in God’s name would he ask me? I thought, “Maybe it’s because the story he wrote about my life helped him finish second in the nation in a journalism competition and this is some kind of show of gratitude.”

But in the process of writing my story, Connor learned that’s not the kind of guy I am. He knows I have no problem telling anyone my story and I have no problem helping people out when they ask for favors — I never expect anything in return. So that couldn’t be the reason he asked me. Then I thought, “Maybe it’s my newfound celebrity since I signed with the Miami Dolphins.”

And then I chuckled because I remembered nobody outside of College Park knows who I am — or gives a damn, for that matter. Maybe it was because my Twitter account was quoted in The Diamondback a dozen times anyway. Maybe it was because he was too busy spending his last week before he graduates in R.J. Bentley’s (which will forever be second-rate to Cornerstone Grill and Loft; oh, and #RIPSantaFe) to write a column for himself, so he passed it off to me.

However, as I was writing this column while 30,000 feet in the air (shoutout to Kendrick Lamar), I realized the exact reason he asked me to write this column.

He knows I will express myself like no one else because I am the consummate individual. I mean honestly, how many NFL signees do you know who graduated college in three-and-a-half years and began working on their master’s degree while still under scholarship, who have always been a big supporter of the LBGT community, used to perform in musicals in high school and have released five mixtapes since age 14? (Three are god-awful; one is decent, and the last one, Checkmate, is certainly worth your listen if I do say so myself.)

But here is the problem with that being the reason why I am perfect for writing this guest column: We are all just as unique! I get more publicity than I ever should have because I am an athlete people perceive as “different” because I live my life the way I want to. That’s not a quality that should be admired because it’s a quality we should all have.

My message is simple: Live your life to the fullest. Sixty years from now, when you’re on your deathbed surrounded by the people you love, will you be thinking about all the diets you cheated? All the shots you didn’t take (metaphorically and alcoholically)? All the nights you got eight hours of sleep? As most of you who own a computer and have seen the YouTube video from last week, my entire life changed in a three-minute span. That’s all it takes.

Love is the most powerful emotion there is. Tell the people you love that you love them every single day. Be nice to people — not because you want anything in return, but just because it genuinely feels good to be nice to people. There is so much negativity in the world, so be a positive influence on people in your life. Whether you believe in God, karma, Buddha, the Dalai Lama or the boogeyman, believe in something and devote your life to being a better person.

If so many great things can happen to a scumbag like me, imagine how great your life can be if you are just a genuinely great person. Good things happen to good people. I loved my time at this university, and if you have my number and you ever need anything, just text me. If you don’t have my number, don’t search for it because that’s honestly just weird. Love you guys. First round after finals at Bentley’s is on Connor.

A.J. Francis is a senior and former Terrapins football defensive end. He can be reached at ajfrancis96@gmail.com.