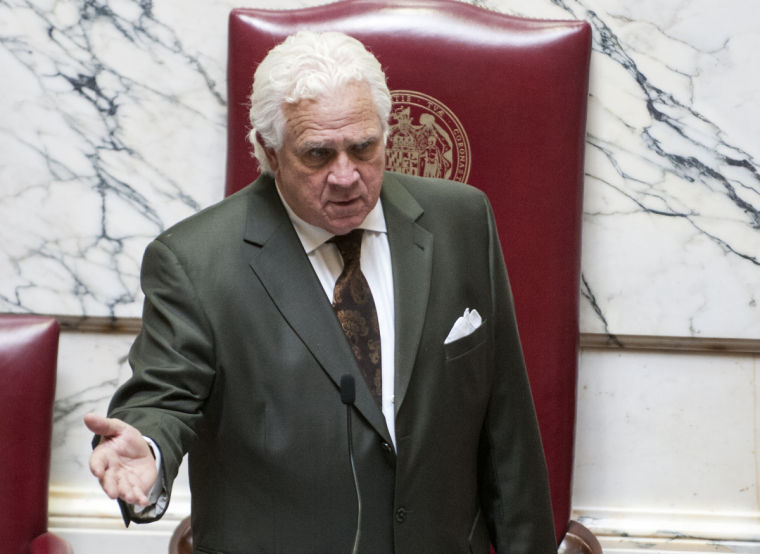 While unpopular, the gas tax is nothing new — in fact, even during a booming economy in the ’90s, former Gov. Parris N. Glendening felt it necessary to raise the tax.

Transportation and its related infrastructure have continually been a money pit for the state. Two decades ago, it was an even more difficult sell than it is now — a hard pill to swallow for voters who were bombarded with news of how great the state and national economies were doing.

“The headline says, ‘Maryland has a $1 billion surplus’ … and then you read the next day, and it says, ‘Deficit at the federal level continues to decline,’” Glendening said. “So you’re reading those headlines and then you see the headline that says, ‘Gas tax to go up.’”

At least now, Glendening said, a slow economy and continual state budget challenges help residents better understand the increase, even if many are unhappy about it. Barring any federal legislation that increases the gas tax, the new state tax would incrementally increase the gas sales tax and annually adjust the state’s current 23.5-cents-per-gallon tax with the inflation rate.

“It’s never popular, and it does take a certain amount of political courage,” Glendening said.

In the ’90s, the added revenue went toward reconstruction of the Woodrow Wilson Bridge, highways and mass transit systems, among other projects. But this year, the need for more revenue may resonate more with students, who could otherwise see plans for the big-ticket, 16-mile Purple Line light-rail project, which would connect Bethesda to New Carrollton, scrapped.

If the state economy remained on its current trajectory until 2017 — meaning without the gas tax — the Transportation Trust Fund, a state account dedicated to transportation and infrastructure projects, would not be able to fund any projects outside of maintaining infrastructure, according to estimates by the state’s Department of Legislative Services. That would come at the same time that both the Purple Line and Red Line projects, planned for Baltimore, would require an estimated $820 million investment to ensure both projects finish on time.

Additionally, the state could lose federal funding if there is any concern its transportation funding is at risk.

The federal government has maintained that before it will “put up its matching share,” Virginia and this state must show a commitment to supporting building and operating new transit, Glendening said.

“The reality is, if this additional funding is not there, the feds will not approve their share of the Purple Line, and the Purple Line will not be constructed,” he said.

The Purple Line would help connect students and faculty to several job centers, including the National Institutes of Health in Bethesda and the National Oceanic and Atmospheric Administration in Silver Spring. Such potential would be erased if the project falters, Glendening said.

“Personally I would rank that as the No. 1 project on any completion list,” he said. “You cannot be a world-class university if you don’t have a connection to the major research centers that we have in this area.”

It is still unclear, however, what officials would use the expected $4.4 billion to fund, and whether the full amount will materialize at all.

“You just don’t know how much revenue this is going to produce,” said Harry Shapiro, a tax lawyer and partner at Saul Ewing LLP. “But it will substantially increase the amount available for transportation projects.”

“You need a governor who’s a champion of a project like that, and I think the current administration has been short-sighted,” Flanagan said. “[Gov. Martin] O’Malley has spent the last several years touting the Red Line and the Purple Line.”

Flanagan added O’Malley might not be taking the most cost-effective route.

“I don’t think it’s good for the College Park campus,” he said. “All the advantages of the Purple Line could have been provided to the campus with a high-level bus rapid transit.”

But with $120 million already invested into the design of the project, putting the rest of the pieces together becomes all the more important to get a proper return on investment. Given the state’s financial straits, the money to fund the Purple Line would have been absent without new expected revenue.

“The numbers before this tax increase showed the state would not be able to meet its obligation,” Glendening said.