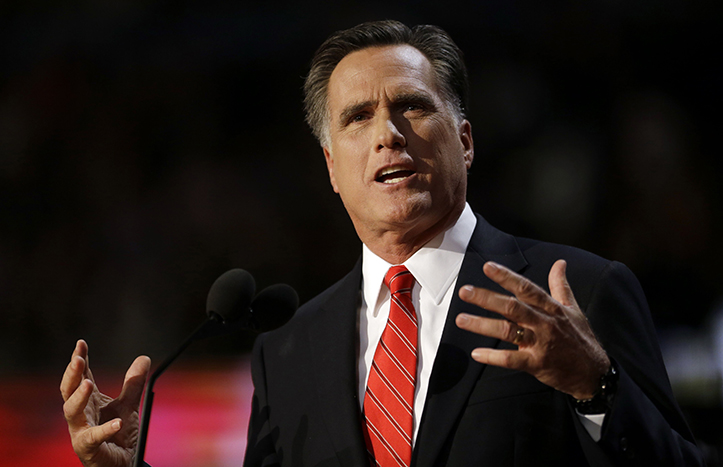 Republican presidential nominee Mitt Romney took a hardline stance on immigration during the primary but has since wavered on his position, leaving many supporters wary of what his presidency would mean.

Republican presidential nominee Mitt Romney took a hardline stance on immigration during the primary but has since wavered on his position, leaving many supporters wary of what his presidency would mean.

With immigration reform on the minds of state voters this election season, as the November ballot will feature the state’s DREAM Act, proponents are still unsure — and wary — of where Republican presidential nominee Mitt Romney stands on a national scale.

So far, Romney’s comments on immigration include traditional conservative ideas like “building a better fence,” encouraging self-deportation and an outright pledge to repeal the federal DREAM Act, in addition to a repeal of a similar immigration policy as Massachusetts governor. However, since the primary season, he has remained silent about whether he would repeal President Barack Obama’s directive that protects undocumented residents from deportation if they meet certain requirements, leaving many unsure of the former Massachusetts governor’s policy.

While Sen. Marco Rubio (R-Fla.) has said he is working on an alternative version of the DREAM Act, Romney has neither officially supported nor spoken against it. Additionally, he criticized Obama’s directive and called it a political ploy in an interview with CBS news anchor Bob Schieffer, but declined to say if and how he would change it.

Romney’s previous strong rhetoric against illegal immigration may just be appealing to his base, business school professor Hank Boyd said, since Romney could face backlash from conservatives if he shows outright support for the Obama directive. When former President George W. Bush supported the Comprehensive Immigration Reform Act of 2007, which included DREAM Act initiatives, he faced a barrage of criticism from Republicans, Boyd added.

“Bush tried to do something along the lines of addressing immigration and he got a lot of pushback; there was almost a conservative revolt,” Boyd said. At this point, he said, Romney doesn’t want to take the issue head-on and “disturb the waters.”

“He hasn’t demonstrated support for universal education opportunities for kids and college students,” Manno said. “It certainly gives a lot of pause and concern on critical issues like the DREAM Act because you don’t really know where he’s going to be.”

And Paola Henry, this university’s College Democrats vice president, said with Obama as president, it’s more likely the federal version of the DREAM Act will pass.

“Obama is clearly the better choice for anyone who is concerned about getting the DREAM Act passed,” she said. “It’s difficult to say what a Romney presidency would mean for the DREAM Act.”

Boyd, though, maintained that Romney would likely pursue business-minded policy, and providing the tools for undocumented students to become productive society members, as the federal DREAM Act aims to do, could fit into a Romney platform.

However, deportations have been steadily increasing under the Obama administration, and immigration policy likely wouldn’t see a drastic change if Romney were elected, university economist Jeffrey Werling said. The underlying theme in both parties’ messages is “comprehensive reform,” Werling said, meaning both candidates would overhaul current immigration law.

“If Romney is elected, at this point and time it would be really hard to say what the policy on immigration would be,” Werling said.

This comprehensive reform, Werling said, would implement more severe penalties on the hiring of illegal workers, tighten the borders, and, as the DREAM Act aims to do, provide a path to citizenship for the nearly 11 million undocumented immigrants.

But Romney might not want to aggressively push for immigration reform. Donald Kettl, the public policy school dean, wrote in an email that Romney’s support for a policy of “self-deportation” isn’t a likely remedy because many undocumented workers wouldn’t voluntarily leave the country. And Romney probably wouldn’t embrace the DREAM Act because “there are so many members of his party’s base opposed to any concession of any kind on immigration,” Kettl wrote.

“That puts him in a very tough place,” Kettl wrote, “between a policy unlikely to work and a reform unlikely to be embraced.”