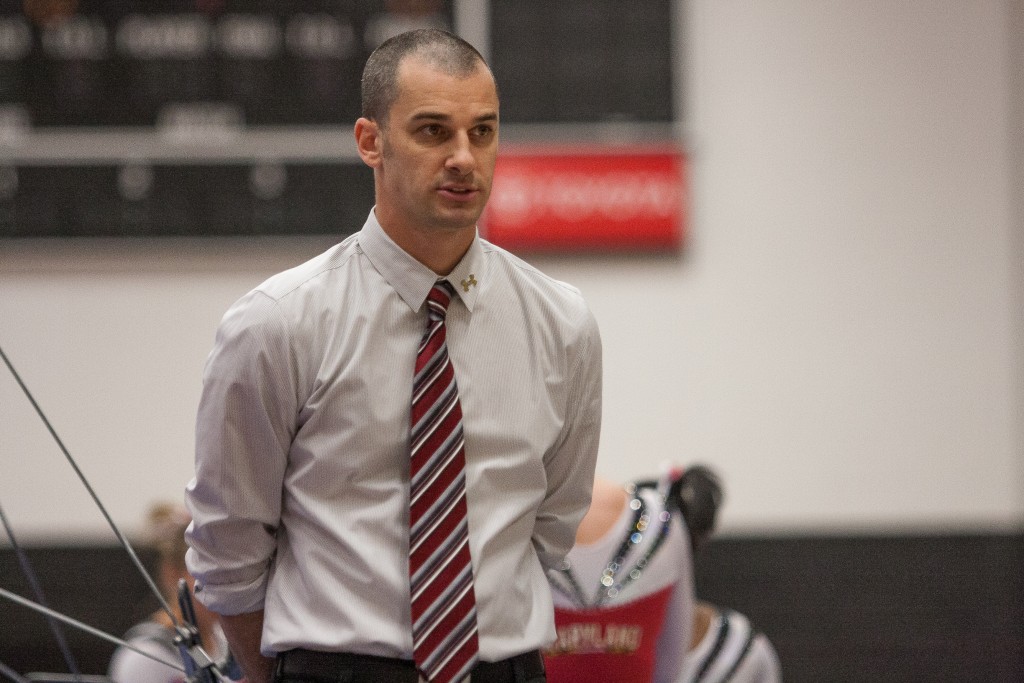 The Maryland gymnastics team sat on its bus in silence Jan. 29.

The Terps had just lost to then-No. 22 Iowa, 195.975-193.800, for their second consecutive loss to open Big Ten play. Maryland scored a season-high 194.725 the week prior against Penn State, making the defeat even more disappointing.

Sophomore Shynelle Agaran said the Terps have quiet bus rides after every loss, but this one hurt more.

“It was a pretty rough meet,” Agaran said.

Coach Brett Nelligan implored the Terps to write a letter to themselves that outlined their expectations.

Agaran keeps her letter on her nightstand and has read it several times. She said that experience was the turning point for Maryland in a season muddied by a slow start. Since the Iowa meet, the Terps have reached the 195-point threshold six times.

Agaran, who said she had not practiced on beam in about a month before this week because of back issues, was shocked to find her name in the beam lineup Friday night.

When Maryland traveled to West Virginia to cap its second consecutive double meet weekend, Agaran thought back to her letter once more. After all, her coaches stressed remaining confident on beam in the week leading up to the meet.

Agaran is usually too nervous to watch her teammates before she performs. When she heard her teammates screaming louder after each beam routine at West Virginia, though, she felt “no pressure at all.”

Agaran rode her confidence to a season-high 9.80 on beam as Maryland netted a 48.975 in the event — its best score in an event for the meet.

Freshman Alecia Farina, who also scored a season-high 9.80 on beam, said the Terps’ fearlessness is contagious and the key to Maryland’s performance.

“They hit it like that in practice all the time, we just haven’t been able to put it together in a meet,” Nelligan said. “Each week, they exceed my expectations. Now, I’m excited to see how far they can take it.”