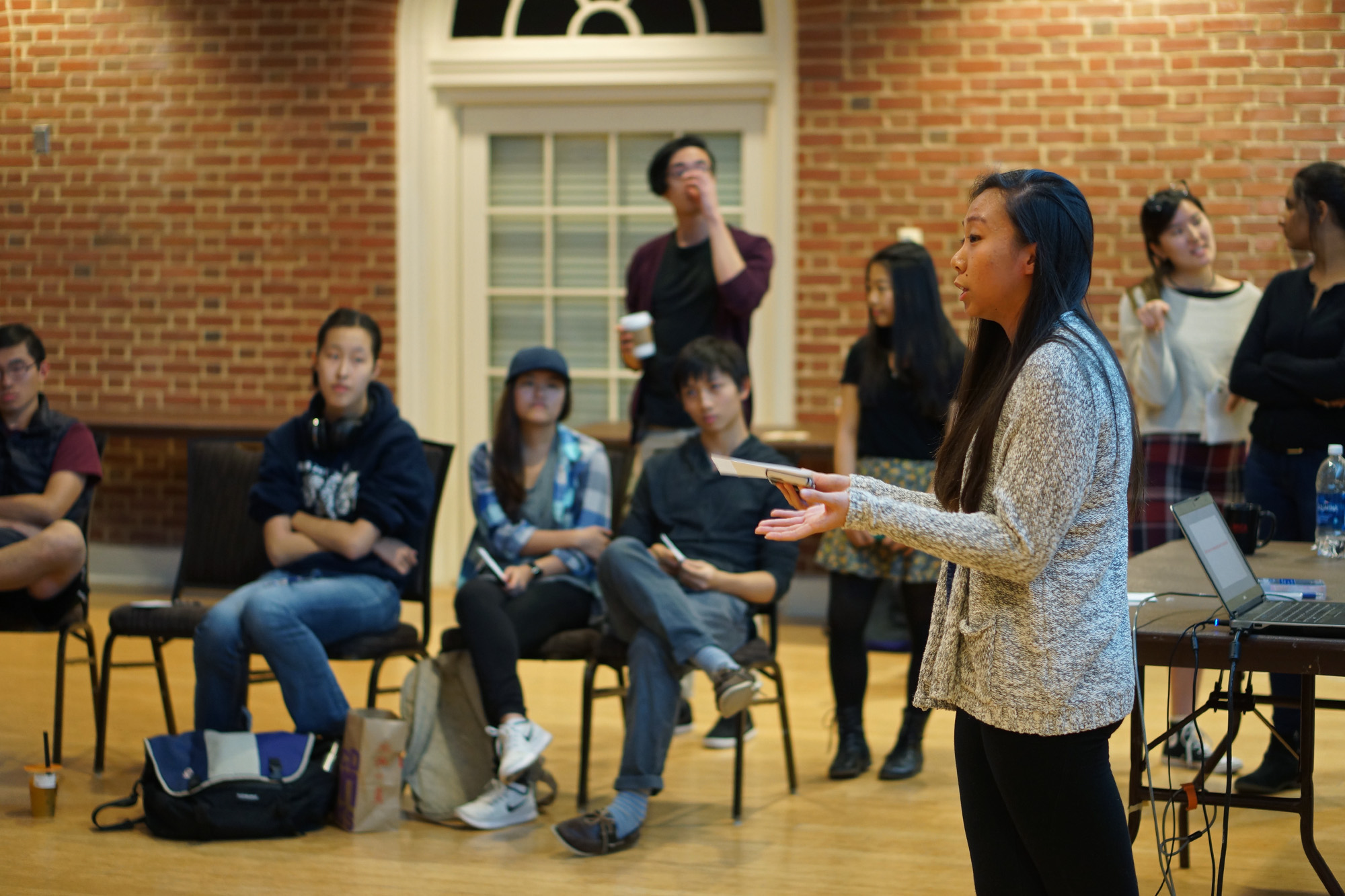 As a member of the black and Latinx communities, University of Maryland junior Alexis Ojeda-Brown wanted to see more solidarity among minorities after the presidential election.

“In order to heal, we need to come together and understand what other people of color are going through,” said Ojeda-Brown, an history and English major. “By doing that, we need to reach out and support other [organizations] when they have town halls expressing their feelings. This isn’t just a Latinx problem [or] black problem; it’s a people of color problem as a whole.”

The Asian American Student Union held an emergency town hall to an audience of about 30 students Friday afternoon in Stamp Student Union to discuss ways to ensure the campus continues to be a safe place for all students.

“We just wanted to provide a space for anyone who wanted to come here to express how they are feeling after the election and to see what steps to take in the future,” said AASU President Amanpreet Kaur, a junior public policy major.

One student expressed her concern for the Asian-American community as a result of the election that has caused “a huge shift in society.”

“People think it’s openly acceptable to express their prejudices, and honestly, that is not okay,” said Cindy Jui, a junior finance and accounting major. “In the past week, there have been eggs thrown at Asians, as well as aggressive taunts telling them to go back to their country. This is our country as much as it is theirs.”

Navraj Kalra, a member of the Sikh Student Association, shared an example that a friend of his experienced while in his home state of New York.

“He was back home in New York, and he was going out to go buy groceries wearing the same turban as me, and as he was checking out, a guy stalked him and called him a [sic] and followed him to his house,” said Kalra, a junior economics and finance major. “Just the severity of that incident … it’s a scary world to live in.”

To deal with issues like this, there is no right or wrong way, but Kalra urged students to educate the community by being involved in their local communities, even just by “show[ing] our face and tell[ing] them that we stand for the same values that everyone else does.”

CORRECTION: A previous version of this story misattributed quotes to Elizabeth Kim. This story has been updated.