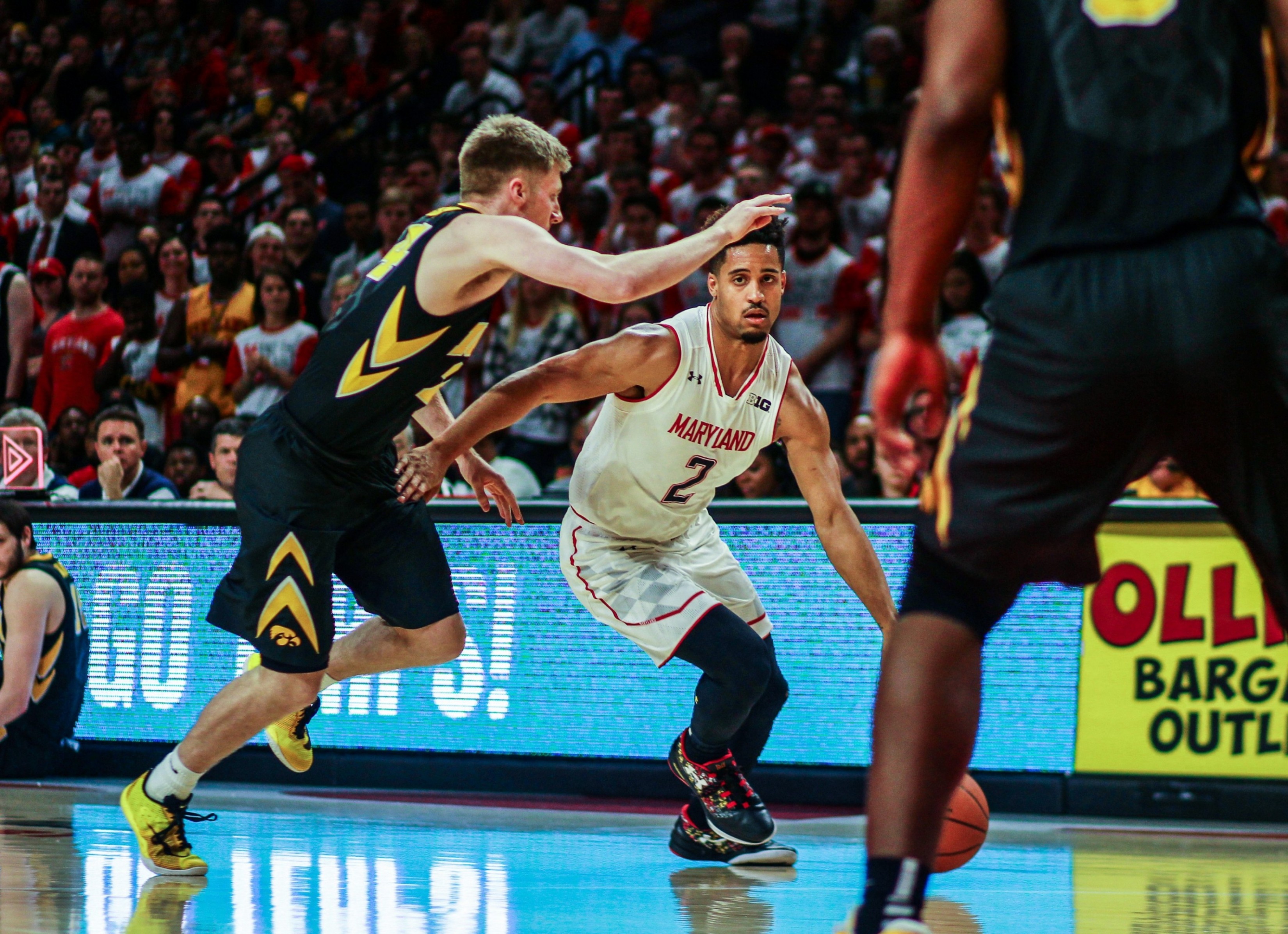 With about five minutes remaining in the Maryland men’s basketball team’s game Saturday evening, Iowa forward Nicholas Baer’s 3-pointer clanged off the side of the rim. Nobody boxed him out, so Baer grabbed his own rebound and finished an uncontested layup.

Though some fans had already left, the Xfinity Center crowd let out one of its loudest boos of the night as Iowa took a 77-58 lead.

The Hawkeyes scored on 11 of their 15 offensive rebounds to beat Maryland, 30-6, on second-chance points. Their ability to capitalize helped them defeat the No. 24 Terps, 83-69, as Maryland fell into a three-game losing streak for the first time since 2012, Turgeon’s first year at the helm of the program.

“Transition defense, rebounding, post defense wasn’t good enough today,” Turgeon said. “We didn’t offensive rebound as well as we should’ve against [their zone]. It’s hard. You try to push the right buttons and try to figure it out.”

The Terps have often compensated for the issues with defense and shooting, but they’ve surrendered a combined 172 points in their past two outings. The Terps allowed a season-high points in an 89-75 loss to Minnesota on Wednesday as the Golden Gophers shot 50 percent from the field and 36.4 percent from beyond the arc.

Turgeon hoped his team would regroup for Saturday. The Terps honored the 2002 NCAA Championship team at halftime, which the sixth-year coach said would add motivation. Still, the recognition didn’t solve the rebounding and defensive problems as the Hawkeyes shot 62 percent from the three-point line.

“We moved the ball probably the best we’ve done all year,” Iowa forward Tyler Cook said. “We were unselfish passing the ball to the open guy. We took our time and made our shots. It was a great game for us overall.”

Iowa scored off its first four offensive rebounds, three resulting in 3-pointers. With players collapsing in the paint to get the rebound, the Hawkeyes passed to the perimeter for open looks.

Later in the half, Iowa dominated the paint, jumping back up for layups after grabbing the rebound. With about four minutes left in the first frame, guard Peter Jok grabbed an offensive rebound and passed to Cook. The freshman, who Turgeon said was “the difference,” finished a layup through contact and stuck his tongue out to the cameras as part of his 21-point performance.

Iowa guard Jordan Bohannon also destroyed the Terps when the Hawkeyes passed outside, scoring a game-high 24 points on 8-for-10 three-point shooting.

Jok entered Saturday as the Big Ten’s leading scorer (21 points per game). The Terps double-teamed him when he got the ball, leaving his teammates open for shots and unmanned on box-outs.

“They’re putting pressure on Peter Jok and you have opportunities to [get offensive rebounds],” Iowa coach Fran McCaffery said. “The defenders are aware of where he is. They are over or helping, whether it be a ball screen or down screen. Others have opportunities to make shots and step up.”

Iowa played a 2-3 zone for the majority of the contest, which helped limit the Terps’ pick and roll and pushed them to take 34 three-point attempts, their second-most tries this season. Forward Damonte Dodd said the Terps prepared for the zone, but they couldn’t convert as the Hawkeyes touted five more rebounds.

In Maryland’s eight-point win at Iowa on Jan. 19, Hawkeyes coach Fran McCaffery said his team’s 20-6 advantage on the offensive glass kept the game close. Saturday, Iowa’s rebounding and second-chance conversions helped it open an early lead and later build an insurmountable one as the smattering of Maryland fans who remained until the final buzzer booed for the second straight contest.

“I didn’t hear the boos,” Dodd said. “I was just thinking how we can get better for the next game.”