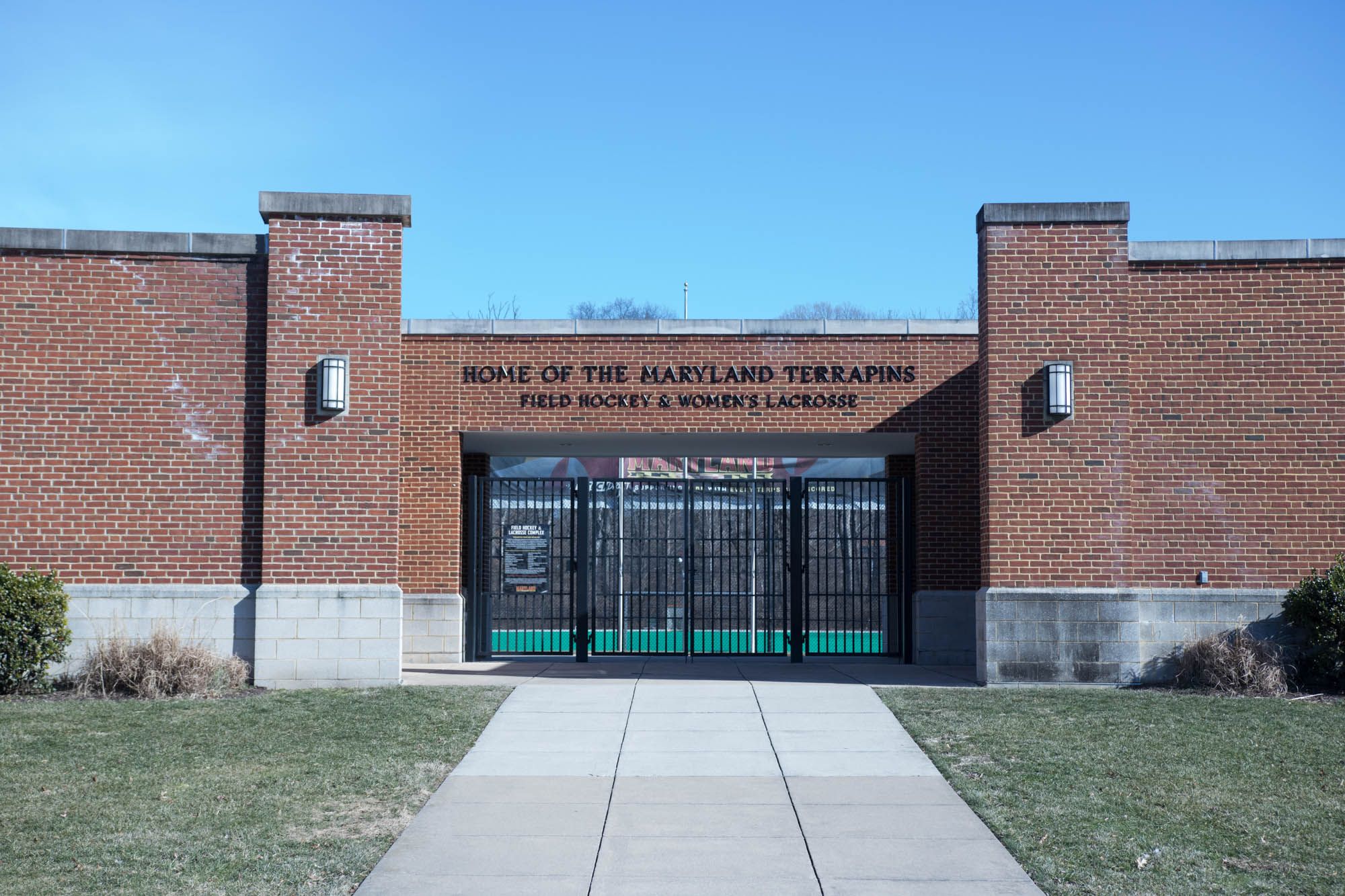 The Maryland Field Hockey and Lacrosse complex on January 31st, 2019. The complex will be undergoing renovations. (Richard Moglen/The Diamondback)

The University of Maryland’s Field Hockey and Lacrosse Complex — where the women’s lacrosse team plays its home games — will be closed this season for a $1.5 million turf replacement, according to an athletics department spokesperson.

The project, which is expected to wrap up by the summer, comes as part of routine maintenance to artificial turf, which typically has a lifespan of eight to 10 years. The complex’s current turf was installed in 2010, university spokesperson Jessica Jennings said.

All parts of the turf will be replaced, and no materials will be reused, Jennings said.

“Our goal with any project is to capture materials to increase our sustainability. With field replacements, there is normally not much that can be captured [to be repurposed],” Jennings wrote in an email.

This project is one of two affecting athletic facilities on the campus. A $196 million renovation and addition to Cole Field House is in its second stage and is expected to be completed by December. The first phase — a repurposing of the existing facility to an indoor football practice field — finished in summer 2017.

The Field Hockey and Lacrosse Complex closure has displaced the women’s lacrosse team this spring. Their games will be at Maryland Stadium — starting with their season opener on Saturday against George Mason — and their practices will be at the Varsity Practice Fields.

Some games were initially scheduled to be held at Ludwig Field, but that changed when the athletic department “realized it was logistically easier for everything to be scheduled [at Maryland Stadium],” Jennings wrote.

Despite the changes, the team has not felt any negative impacts.

“Our sport can play on any turf, so for us it’s not an issue as far as surfaces go,” said women’s lacrosse head coach Cathy Reese. “There’s a lot of facilities at Maryland that our players are totally comfortable playing on.”

Meanwhile, the complex’s other tenant — the field hockey team — will train indoors until the spring, where “they have made other arrangements,” according to team spokesperson Rose DiPaula. The renovations are set to be complete before the beginning of the field hockey season in August.

The project is funded out of the athletic department’s budget, Jennings said.