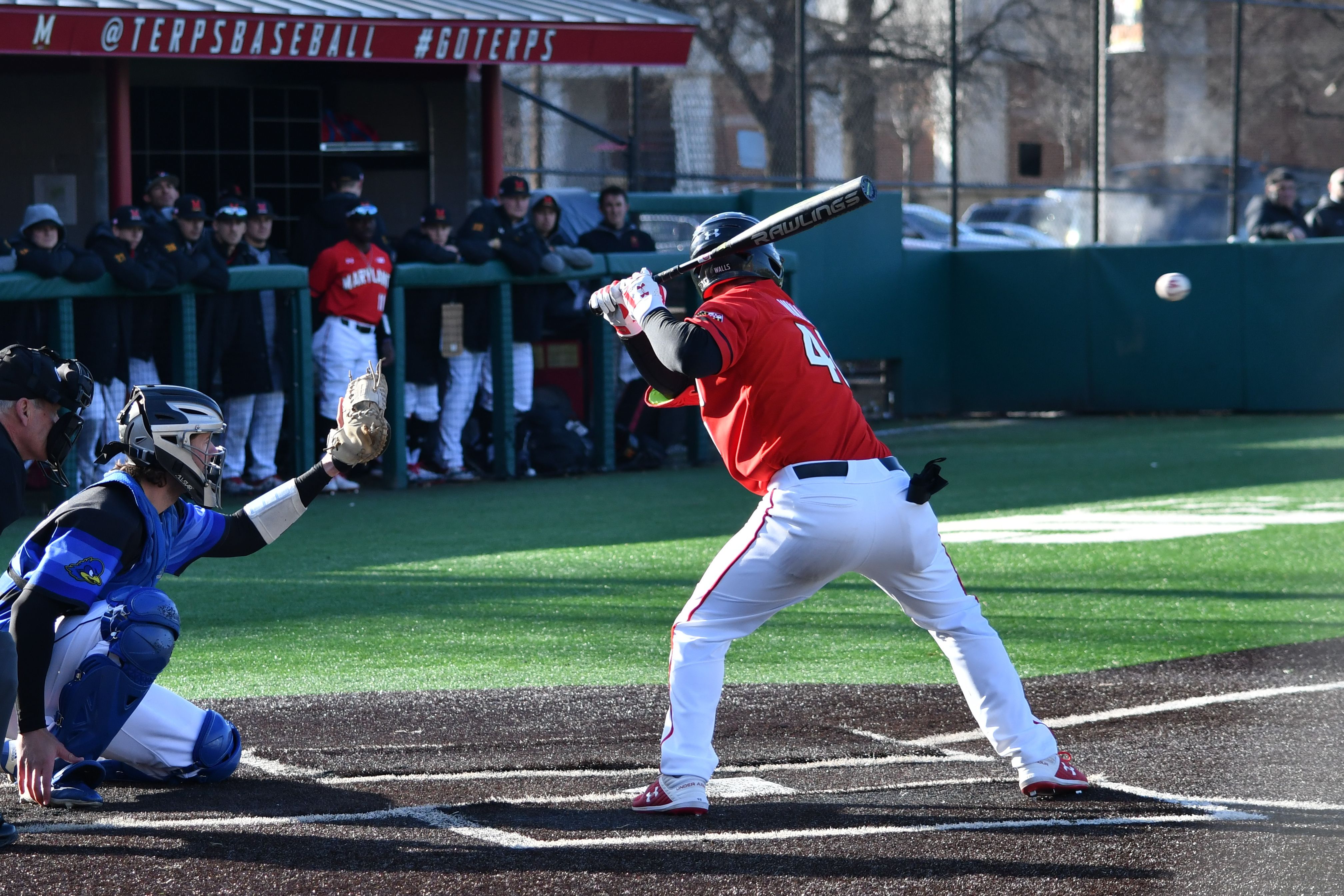 The Terps did just that, jumping on Phoenix starter Kyle Greenler early and continuing their offensive barrage throughout a 11-4 victory at Latham Park on Tuesday.

Two days after going 27 up and 27 down against the Pirates, Maryland put a runner on base in every frame and finished with 15 hits and 10 walks, forcing Elon to churn through seven pitchers.

Each of the Terps’ starters reached base at least once. Left fielder Caleb Walls led the way from the nine-spot, going 4-for-4 with two home runs, four RBIs and three runs scored. Shortstop AJ Lee went 3-for-4 with four RBIs, finishing a triple shy of the cycle.

Catcher Justin Vought opened the scoring for the Terps (11-8) in the second, coming in on a passed ball. Walls then drilled a pitch to deep center that center fielder Tyler Cranston misjudged, easily beating an errant throw home for an inside-the-park home run that put the Terps up 3-0.

Elon (11-9) would slowly chip away at the lead, however. After a single and a hit batter to start the bottom of the second, second baseman Tommy Gardiner made an errant throw to first as he tried to complete a double play, allowing shortstop Cam Devanney to come around and cut the deficit to 3-1.

Third baseman Garrett Stonehouse doubled in a run an inning later, and first baseman Joe Satterfield tied the game in the fifth with an RBI double to right off right-hander Daniel O’Connor. Devanney would add a sacrifice fly later in the inning off right-hander Will Glock to briefly give Elon a 4-3 lead.

But Maryland responded quickly. Walls and right fielder Randy Bednar scored on two wild pitches from right-hander Joe Sprake to put the Terps back ahead, 5-4, in the sixth.

One inning later, the Terps broke the game open. With runners on second and third and no one out, Elon brought its infield in, and Lee lasered an 0-1 pitch to the left-center gap for a two-run double. Lee would move to third on a wild pitch and scored on Wall’s bunt single to put the Terps up 8-4.

Lee and Walls each homered in the eighth to extend Maryland’s lead to 11-4.

Meanwhile, the Terps’ bullpen held the Phoenix in check late. After an abbreviated start from right-hander Mark DiLuia — who finished with two runs and two hits in 2 ⅓ innings — and erratic pitching from O’Connor, Glock retired each of the eight hitters he faced to earn the win for Maryland. Right-hander Elliot Zoellner and left-hander Billy Phillips pitched a clean eighth and ninth inning, respectively, to wrap up the victory.

Naushon Galbraith took the loss for the Phoenix.

Maryland will go for the two-game sweep against Elon tomorrow afternoon before returning home to face Creighton this weekend.