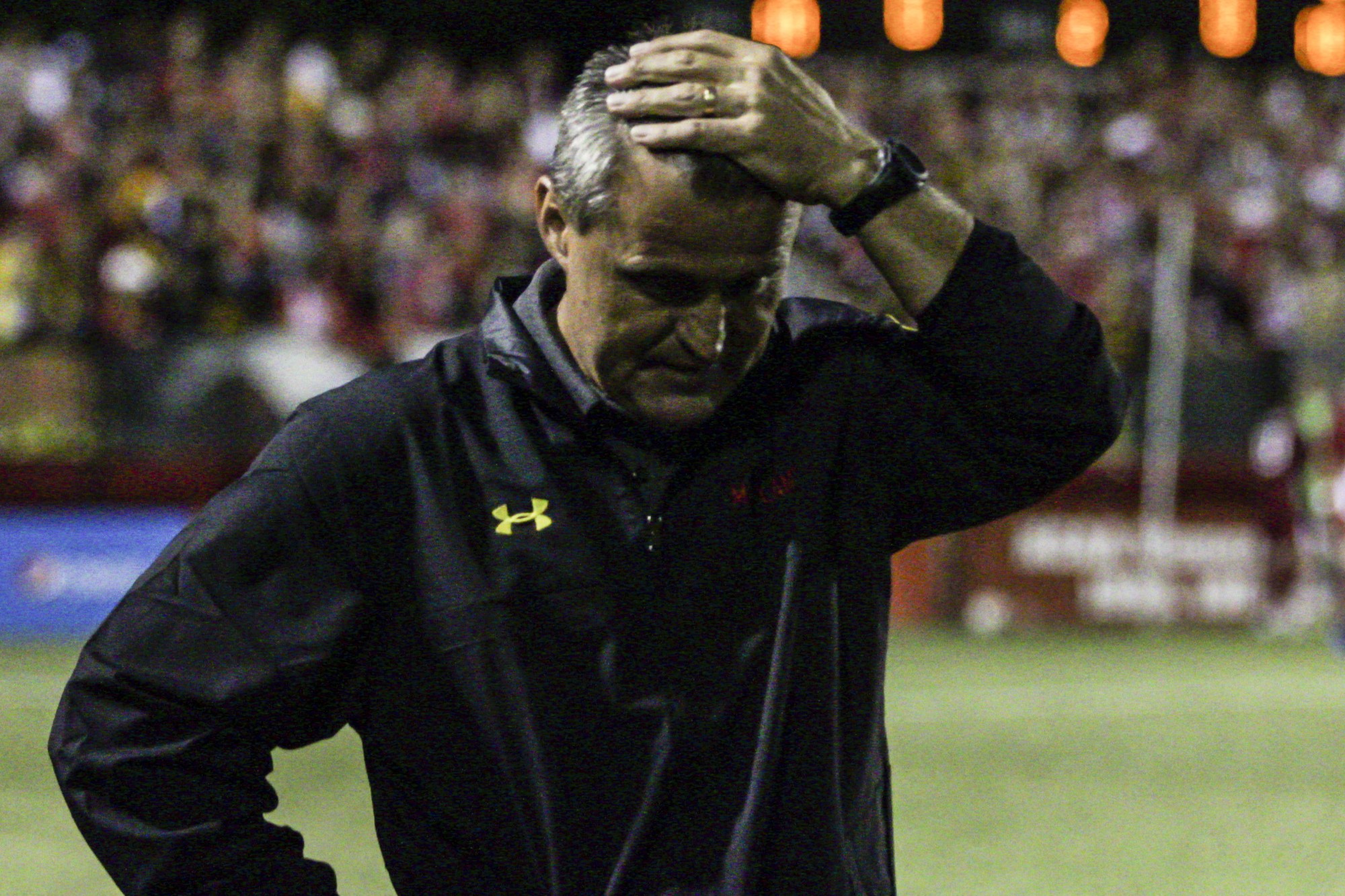 After the United States men’s soccer team was eliminated from 2018 World Cup qualifying with a 2-1 loss to Trinidad and Tobago on Tuesday, ESPN analyst and former Maryland men’s soccer player Taylor Twellman went viral with a Sportscenter rant about the state of American men’s soccer.

Wednesday, Maryland coach Sasho Cirovski and his current players — many who have experience in the national team system — were also upset about the result and the effect it has on soccer nationwide.

“I didn’t sleep much last night,” Cirovski said. “It was a punch in the gut, an empty feeling, because we’re all working towards making soccer great in this country.”

Cirovski has been an assistant coach for the Under-20 National Team, and at least five current Terps have suited up for a U.S. Youth National Team in their careers.

“It was devastating,” said midfielder Jake Rozhansky, who’s played for the U-20 team. “You have to bring it every game. … That’s what the national team needs moving forward.”

Cirovski attributed the loss to “a failure of leadership of the key players,” but on Twitter called for an evolution of college soccer he feels is necessary to propel U.S. soccer forward.

In recent years, Cirovski, the Division 1 men’s soccer chair of the United Soccer Coaches association, has proposed moving to a two-semester men’s soccer season. In his tweet, he linked to a video outlining the proposal.

Just six of the 14 U.S. players in Tuesday’s loss played college soccer — including former Terp Omar Gonzalez — and only one played for four years.

Midfielder Eryk Williamson, who represented America in the U-20 World Cup this summer, weighed the option of leaving Maryland before deciding to be one of few members of the team to stay in college, a decision Cirovski said made him proud.

Cirovski said he could “write a book” about the reforms he would like to see in American player development.

“It’s headed in the right direction with the academy system,” said defender Chase Gasper, a former U-18 team member. “But we have a long way to go.”

U.S. Soccer established the Development Academy in 2007, a network of high-level club teams that operate according to a structure and coordinated schedule designed to “develop world-class players,” its website says.

Maryland is filled with products of Development Academy clubs, including D.C. United Academy and Bethesda-Olney Academy.

Gasper said he learned more in his one year at the Bethesda-Olney Academy than he did in all previous years combined.

But the implemented changes are either not drastic enough or have not taken hold, leading Cirovski and others to pine for further reform while licking the wounds from the United States’ first missed World Cup in more than 30 years.

“We had a great run,” Cirovski said. “It’ll be a different summer next summer to watch the World Cup and not experience the jubilation of cheering for our country. It was unfathomable.”