Review: ‘Andover’ is too weird for its own good 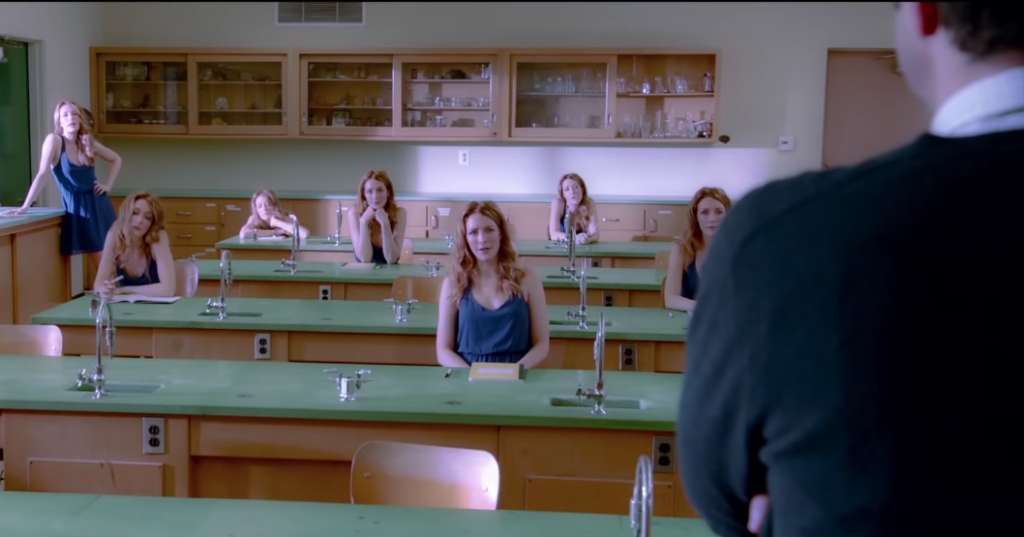 Andover is a dark, romantic film that wrestles with themes of love, life and death. The idea behind the movie is promising — but the execution is poor and simply weird.

SEE presented Andover on Tuesday at Hoff Theater, and executive producer — and University of Maryland alum — David Wortman said a few words about the low-budget, independent film that revolves around a genetics professor who clones his dead wife to try and get her back.

Within the first 10 minutes of the movie, the outlandish nature of the plot becomes apparent. The main character is a psychotic professor who uses pieces of his late wife’s hair to clone her.

Adam Slope (Jonathan Silverman), the professor, never really gets the clones of his wife Dawn (Jennifer Finnigan) to be the exact same person she was before. Every time he clones her, she never turns out right. So he kills her and starts again, a cycle that repeats ad nauseum while he burns the bodies in his basement.

One of Slope’s students becomes his lab assistant and helps him with the cloning, mostly because she has a crush on him. In the end, the student clones Slope and tries to woo his duplicate — another odd addition to the already-strange plot.

It’s clear that Slope is insane: No normal person clones their significant other over and over again in the name of “love.” But it’s even more insane that both the lab assistant and Dawn’s parents support the creation of Dawn’s clones. Andover is intended to be far-fetched, but some aspects of the plot line are completely bizarre.

The movie is fast-paced, and at just over an hour and a half, it’s fairly short. This might explain why there are some holes and unanswered questions in the plot. Near the end there’s an unexpected twist — Dawn was having an affair during their marriage — but other than that, I wasn’t excited by many parts during the movie.

Before the movie started, Wortman said it focused on a central question: “How far would you go for love?” Slope is obviously obsessed with his dead wife, but I never thought it was love during the movie. If he truly loved her, he wouldn’t be able to kill her (clone) again and again. It was psychotic obsession, which isn’t love.

Similar to the rest of the movie, the ending doesn’t make much sense. The final Dawn clone ended up falling in love with the Slope clone that his lab assistant created. Then, the real Slope and his lab assistant somehow end up happily together. It didn’t make sense how the seemingly normal lab assistant could overlook Slope’s murderous behavior. The ending left me with a weird, unsettled feeling and with no semblance of an answer to Wortman’s original question of love.

To give Andover some credit, the idea was intriguing. It was an interesting concept for a movie, but so poorly executed. Wortman mentioned he hopes to produce more movies in the future, so maybe the next one will deliver.