Review: Not much has changed for ‘Brooklyn Nine-Nine’ and that’s a good thing 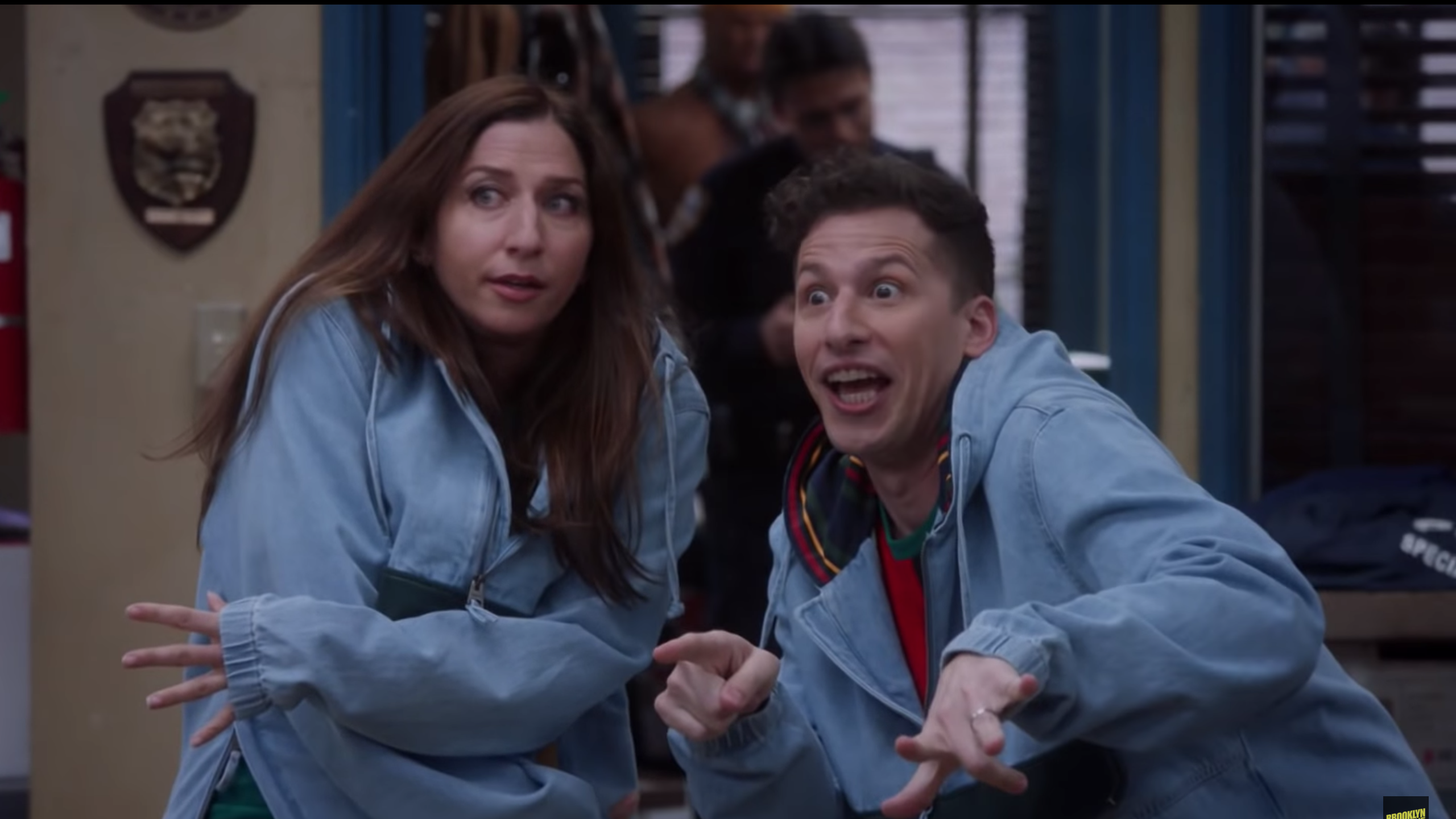 The pressure was on for Brooklyn Nine-Nine. After being canceled by Fox, and then almost immediately being saved by NBC due to outraged fans, the show really needed to keep itself relevant. Thankfully, it’s as funny and topical as ever in its sixth season.

NBC made a smart call in not changing the show much on its new network. The show’s feel is the same. There wasn’t even an obligatory, eye-roll-inducing joke in the premiere winking to the camera about how different things are. Instead, it hits the ground running and doesn’t look back.

The fifth season ended with a wedding — between Detectives Jake Peralta (Andy Samberg) and Amy Santiago (Melissa Fumero) — and a cliffhanger about Captain Raymond Holt (Andre Braugher) becoming commissioner of the New York Police Department. Sitcoms like Nine-Nine too often fall into a cycle of happy endings, resulting in few interesting stories left to tell due to lack of conflict. Nine-Nine immediately set itself apart in the opening scene of the sixth season, as we find out Holt did not get the promotion.

Peralta and Santiago spend their honeymoon comforting Holt, who ended up absconding to the same resort as them in the hopes of forgetting about the job opportunity he lost. Once again, Nine-Nine shows how it can be poignant, yet light-hearted and goofy. Holt, a gay black man, knows the new commissioner will use antiquated policies that he’s spent his entire NYPD career fighting against. Santiago and Peralta try to comfort him and bring him home, while also spicing up their sex life by dressing up as characters from Die Hard and famous librarians.

Nine-Nine can take itself seriously enough to convey a message, while also creating a relatable workplace comedy. When Holt confronts the commissioner publicly, the 99th precinct is forced to work entirely out of one floor of their office. The humor that ensues in the crowded space makes for a great episode B-story, while also reminding viewers of the serious work police officers and detectives do.

Chelsea Peretti, who portrays the (self-described) incomparable Gina Linetti, said in October that she would leave during the sixth season. Her departure has already begun, with Peralta explaining to Linetti at their high school reunion that she’s outgrown the Nine-Nine and will likely go on to better things. Though Linetti doesn’t seem to be completely gone yet, the transition has started, and she could tell anyone exactly how much her presence will be missed.

Nothing could be as shocking, though, as uncovering that the Nine-Nine’s misfits — Hitchcock (Dirk Blocker) and Scully (Joel McKinnon Miller) — were actually good (and hot?) detectives in their day. The second episode, aptly titled “Hitchcock & Scully,” explored the characters’ histories and, in the process, gave even more of a heart to their friendship.

NBC ordered an 18-episode season for Brooklyn Nine-Nine, and it already feels like a very wise decision. The stories the show has to tell are still relevant and side-splittingly hilarious. Though the cycle of happy endings — and the loss of at least one major character — could signal the fast-approaching end of a show, Nine-Nine doesn’t seem like it’s ready to end just yet. After fighting and earning a spot on NBC, the show should be given the chance to decide its own ending, since it still very much knows its own voice.