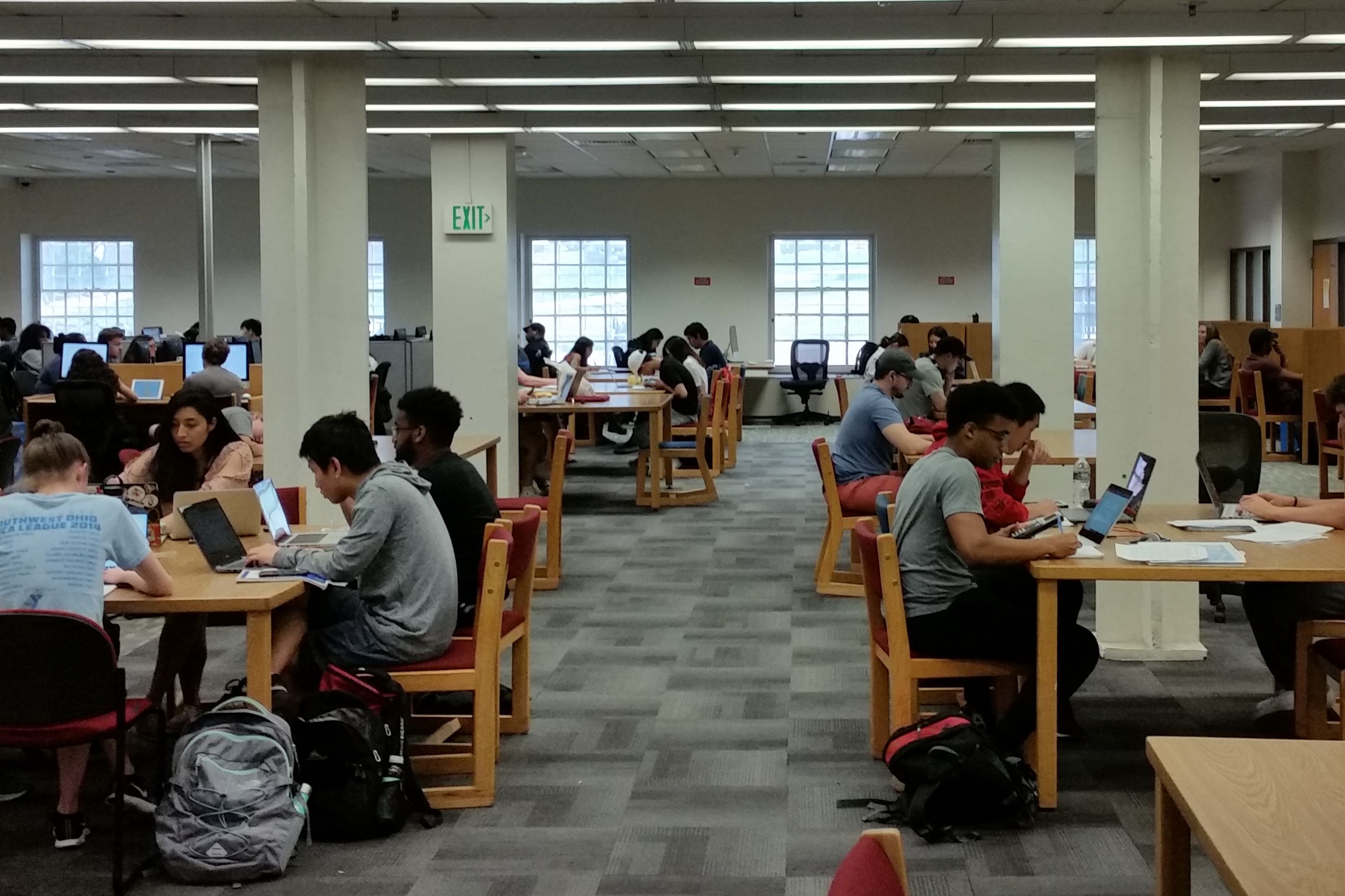 University of Maryland students study for finals in McKeldin Library on May 9, 2018. (Ryan Romano/For The Diamondback)

The University of Maryland saw a marked decline in African-American enrollment this year, with African-American students making up the smallest proportion of the freshman class in decades, according to newly released data.

The data — compiled by this university’s Institutional Research, Planning and Assessment office and released Wednesday — revealed a decrease in the school’s African-American representation as a whole, with the sharpest drop among new freshmen.

African-American representation in the fall 2018 freshman class is the lowest since IRPA began collecting data in 1992. The previous low was 9.2 percent in fall 2009.

And the representation of African-American students declined university-wide, too: While they made up 12.5 percent of last year’s undergraduate student body, they now account for 11.6 percent.

While IRPA sorts American-born students by race, it does not do the same for international students, who are classified as “foreign” and counted as a separate ethnicity. This semester, IRPA puts 199 freshmen — 4.2 percent of the class — in the “foreign” group.

In the wake of the report, university President Wallace Loh will form an Enrollment Action Council, consisting of administrators and students, to “ensure that all eligible Maryland students can access the extraordinary educational resources available to them at their flagship university,” according to the release.

The release also stated that the school will hire an admission and diversity initiatives coordinator, who will be charged with ramping up recruitment and application support initiatives.

The university’s diversity received attention earlier this year after the Hechinger Report released a study showing a large gap between black high school graduate rates in the state and black enrollment here.

Black students made up 36 percent of Maryland’s public high school graduates in 2015, but they were just 12 percent of this university’s freshman class that fall. Only six states had flagship institutions that were less representative of their population, according to the study.

The new data comes on the heels of years of turbulence and diversity issues at this university.

In a news release Wednesday, Provost Mary Ann Rankin said the school “would be naïve to think that the tragic incidents of the last two years on our campus have not contributed to our African-American student enrollment decline.”

“We must address the concerns about campus climate and hate-bias incidents that UMD and many of our peers are facing,” Rankin said in the release.

In May 2017, 2nd Lt. Richard Collins, a visiting black student from Bowie State University, was fatally stabbed on this university’s campus. Sean Urbanski, a white former student at this university who had ties to online white supremacist groups, has been charged with murder and a hate crime in Collins’ slaying.

Last year, this university’s admissions department received a handful of letters from black applicants who had been accepted to the school but chose not to enroll, specifically citing safety and diversity concerns.

At the time, Loh — who announced Tuesday that he’d retire at the end of the academic year — said he was unaware of the letters.“See, I don’t get to that level of detail,” he told The Diamondback in February.