‘I did it for Ceko:’ Maryland’s Ivan Bender had a career-scoring night vs. Minnesota 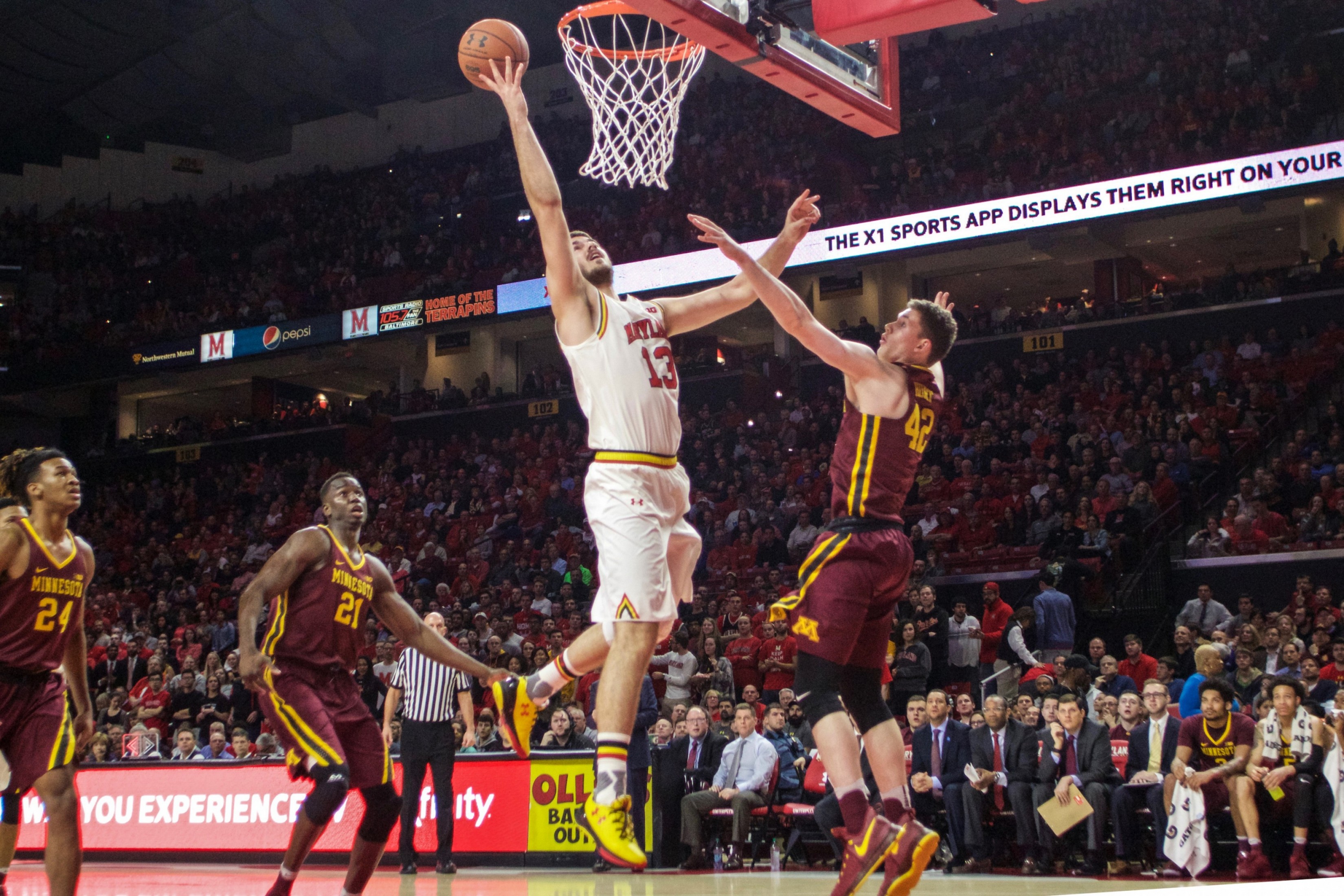 After Cekovsky suffered a season-ending ankle fracture Sunday against Wisconsin, Bender took it upon himself to make up for one of his best friends’ production. Though the Terps lost 89-75, Bender led Maryland with a career-high 15 points on 7-for-10 shooting in 16 minutes, showing promise for the Terps’ depleted frontcourt.

“I was encouraged, especially since Ceko was out,” Bender said. “It meant a lot to me. I tried to finish everything hard.”

Bender has averaged 4.6 points in 13.6 minutes per game this season. While Maryland’s frontcourt has struggled to make an impact offensively, Bender has missed open layups and dunks. He’s also committed 26 turnovers.

But after Cekovsky’s injury, coach Mark Turgeon said the Terps’ three remaining big men needed to “step up.” Maryland has the ninth-best rebounding margin in the Big Ten (+1.4), and Cekovsky’s absence weakens the team’s rebounding ability.

While center Damonte Dodd and forward L.G. Gill combined for 13 points and 10 rebounds Wednesday, Bender made the largest impact.

The redshirt sophomore scored eight of Maryland’s final 10 points in the first half, leading him to notch a career-high 12 points by halftime and give the Terps a 35-34 advantage entering the locker room.

Most of Bender’s points came off the 12 assists Maryland dished out in the first half. He made the right moves off pick and rolls and cut to the opposite side of the basket when the Terps guards penetrated into the paint.

“We did some nice things offensively until the eight-minute or nine-minute mark of the second half,” Turgeon said. “We had 22 assists. We’re sharing the ball and playing as a team.”

Bender scored one field goal after halftime as Maryland’s perimeter players took on most of the scoring responsibility. But starting guards Melo Trimble, Anthony Cowan and Kevin Huerter couldn’t produce enough offense, and the Terps were outscored, 55-40, in the second frame for their second straight loss.

“Ivan played great,” guard Jaylen Brantley said. “He needs to play like that every game, just play very aggressive when Damonte gets out of the game. He’s going to have to help us a lot now that Ceko is away.”

Since arriving in College Park three years ago, Bender and Cekovsky have developed a strong relationship, bonding over their common Serbian language and living together.

Bender has had his own experience with injuries. He’s torn his ACL twice, forcing him to redshirt his freshman season. This November, Bender fractured his left wrist after Turgeon tabbed him the team’s most improved player.

Cekovsky supported Bender through those setbacks, and Bender is making up for his friend’s absence, even writing Cekovsky’s jersey number on his socks before Wednesday’s contest.

“I did it for Ceko,” Bender said. “He hasn’t had any luck this season. Every big guy on our team has to step up, just play for each other and finish every play we can. We got his back.”