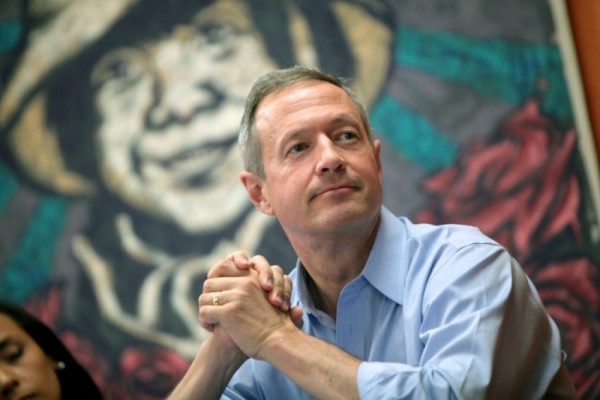 Former Maryland Gov. Martin O’Malley told MSNBC’s Alex Witt that he “just might” run for president in 2020, The Hill reported Saturday. O’Malley is a former Democratic candidate in the 2016 presidential race and the former mayor of Baltimore. He currently lectures at the University of Maryland.

During his presidential campaign, O’Malley supported bans on dozens of assault weapons, passing the DREAM Act and expanding the Affordable Care Act, commonly known as Obamacare, according to ​PBS.

O’Malley did not immediately respond to The Diamondback’s request for comment.

Senior government and politics major Chris Keosian said that should O’Malley decide to run again, he won’t be “introducing himself to most of America,” because his 2016 bid created national name recognition.

Keosian said O’Malley is both moderate and progressive enough to satisfy different wings of the Democratic Party, and he could “be the leader that this party needs to bring everyone together.”

“I don’t think Democrats have a leader right now,” he added. “We’re desperately in need of one.”

Senior government and politics major Jake Polce said O’Malley being a lecturer at this university is a positive for the potential candidate.

“[If] students … are interested in politics, that can always lead to potential volunteers or staffers on a campaign trip,” said Polce, president of this university’s College Democrats chapter. “I don’t see how it could be a negative. If they like him personally, if they like him as a lecturer, maybe they go on to research … his record as governor of Maryland, mayor of Baltimore.”

O’Malley’s class, PLCY359M: “Contemporary Issues in Political Leadership and Participation; Leadership in the Information Age,” examines the roles ​that ​performanc​e​ management and leadership​ play​ in public administration, according to Testudo.

Keosian said teaching a class “gives [O’Malley] the opportunity to make his case in a more personal 15-week setting.”

But Keosian said he wouldn’t approve of O’Malley starting to campaign anytime soon, considering the election is more than three years away.

“That’s not healthy for a democracy,” he said. “We have much bigger issues facing us right now, like protecting DACA students or whatever dumpster fire Donald Trump is doing today in the White House.”

Senior Jacob Veitch said it is interesting that there could be two democratic candidates from Maryland.

“You look at sort of the state of the party right now and I would say they’re a bit low on ideas and a bit high on anti-Trumpism,” the international business and government and politics major said. “Voters need options, so I think that if O’Malley can come to the table with ideas of policies, with options that would provide an alternative, potentially voters could get excited.”