Despite another second-half slump, No. 3 Maryland women’s lacrosse beats Rutgers, 14-6 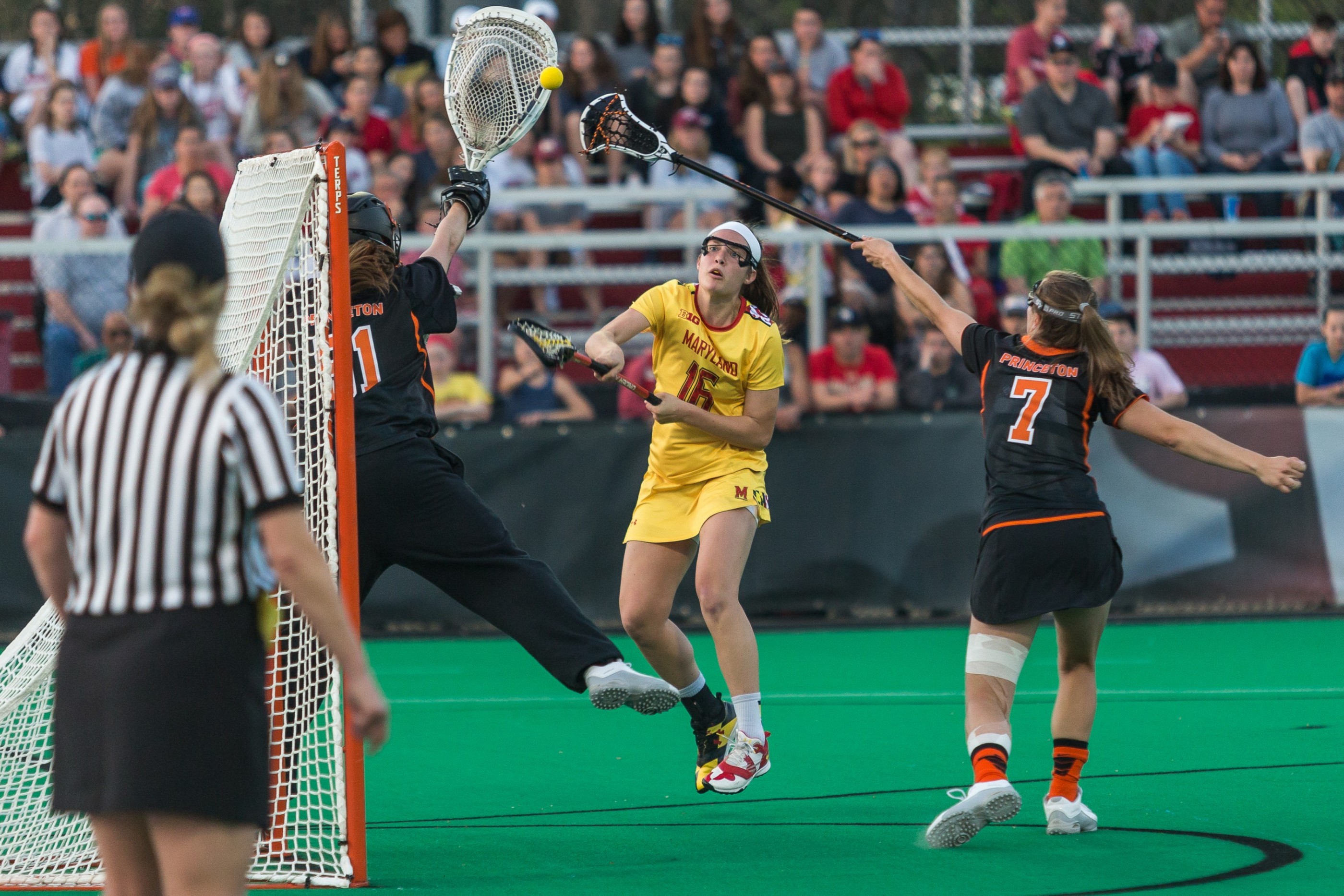 Maryland women’s lacrosse had a series of scoring droughts in its victory over Virginia on Wednesday. Two days later against Rutgers, the pattern continued.

The No. 3 Terps opened the second half with two quick goals but couldn’t find the back of the net for the next 15 minutes.

With a 9-4 lead at halftime and stellar defensive play holding Rutgers scoreless for over 27 minutes, Saturday’s result was never in doubt, but Maryland’s struggles were still apparent.

No. 3 Maryland (12-1, 3-0 Big Ten) took a 14-6 victory over the Scarlet Knights but only scored five goals in the second half, two coming in the final three minutes. This season, Maryland has scored 128 first-half goals compared to 82 after halftime.

And while Maryland battled strong winds and cold temperatures against Virginia, against Rutgers (6-8, 0-3) in perfect weather, the Terps simply missed the mark. Plus, Virginia was ranked 10th in the nation, whereas Rutgers is unranked and sits at the bottom of Big Ten standings.

“We just kind of got ourselves into a rut,” coach Cathy Reese said. “We need to make sure that even though we have a nice lead, which we had, we need to not just shoot to shoot, but demand excellence of ourselves and make sure that we’re playing every play to execute it to the fullest.”

Reese also said that rotating players in and out to get seniors more time on Senior Day played a factor in the drought as well, with the Terps unable to get into a rhythm on offense.

Reese called a timeout with 12 minutes remaining in hopes of revamping her team’s offense. Attacker Kali Hartshorn completed her hat trick shortly after, but the team then went scoreless for nearly 10 minutes.

“We always try and pull it together obviously. We just have to do it more on the field together instead of having to take that timeout and get it all together,” attacker Caroline Steele said. “We’ve just been waiting a little bit too long sometimes.”

Still, the defense continued its strong play through goalkeeper Megan Taylor. The junior only allowed two goals and had seven saves, her best percentage of the season.

“The next save is the biggest save, that’s always going through my mind whether the goal goes in or I make the save,” Taylor said. “Every time they shoot they have the opportunity to score. The defense does their job, I have to do mine.”

“We were just super excited,” Griffin said, “coming out and playing for the seniors.