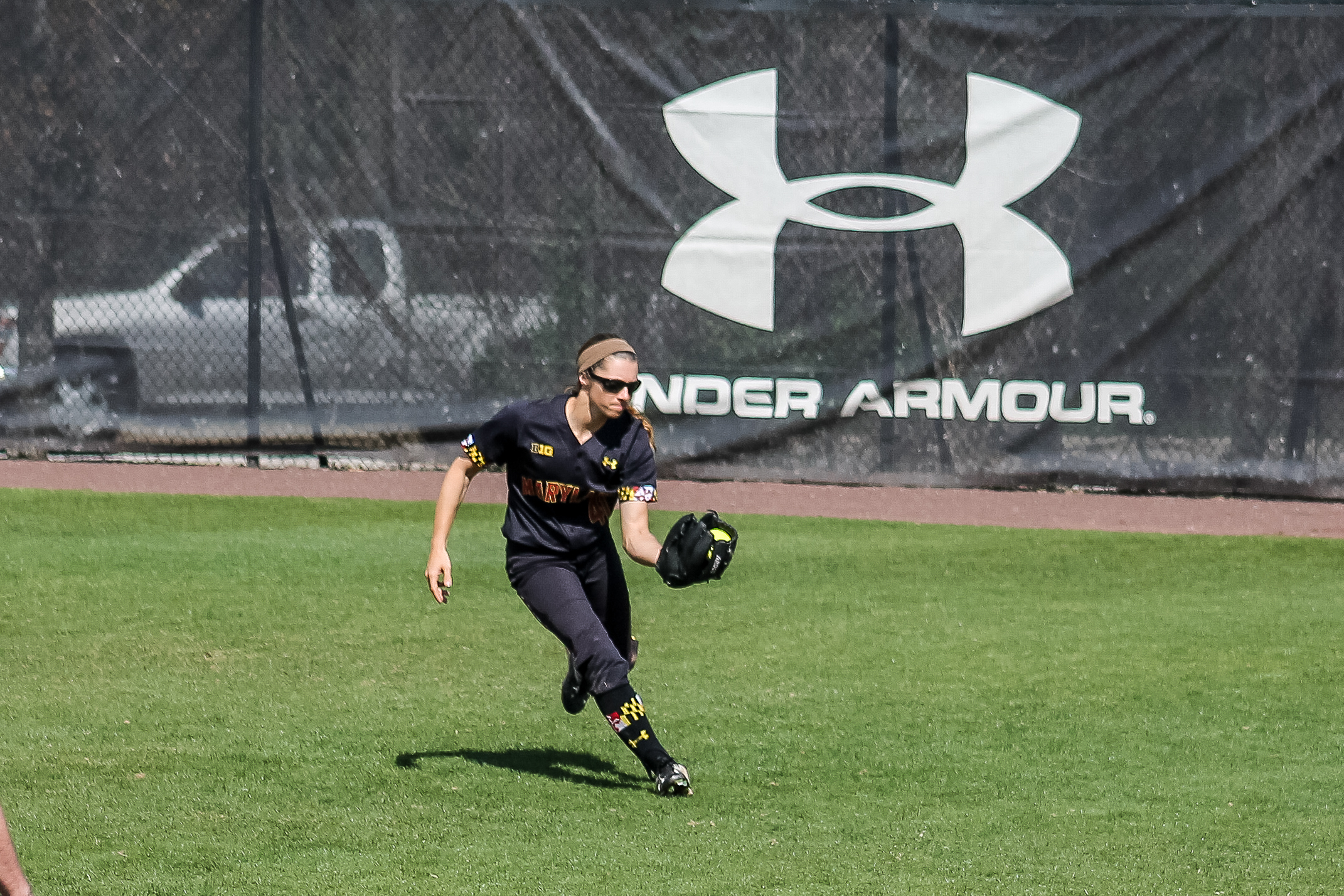 Against No. 2 Michigan Friday evening, Maryland softball outfielder Sarah Calta went down in pain before the fly ball she was chasing landed at the warning track.

As she lay crumpled on the ground during the bottom of the fourth inning, two Wolverines players rounded the bases. The two-run, inside-the-park home run extended the Wolverines’ lead to 8-1.

Coach Julie Wright and an athletic trainer had to help Calta, whose blend of speed and offensive production has benefitted the Terps lineup this season, off the field after the play was over.

Along with Calta’s absence, pitcher Brenna Nation allowed six runs in the first three innings as the Terps lost, 9-1, in Ann Arbor, Michigan.

Nation was fresh off a Wednesday appearance when she held Rutgers to one earned run through seven frames. But against the Wolverines on Friday, she struggled with her control, walking six batters.

Against Wolverines pitcher Megan Betsa, the Terps managed to put runners on base. Coach Julie Wright’s squad drew four walks in the contest and benefitted from an error and a hit by pitch.

But Maryland couldn’t capitalize, going 1-for-9 with runners in scoring position. Outfielder Destiney Henderson said last weekend converting in such situations would be a focus in practice after the team suffered a three-game sweep against Penn State, but the Terps could only generate one run against Betsa.

After infielder Corey Schwartz’ RBI single in the fourth frame cut the deficit to 6-1, a hit by pitch gave Maryland runners on first and second with two outs. But infielder Jordan Aughinbaugh struck out swinging to end the inning and the threat.

And in the fifth inning, one frame after Calta’s injury helped the Wolverines pad their advantage, Nation gave up a sacrifice fly to end the game via the run rule.

Maryland will play Michigan again in the second game of the series Saturday at 2 p.m.