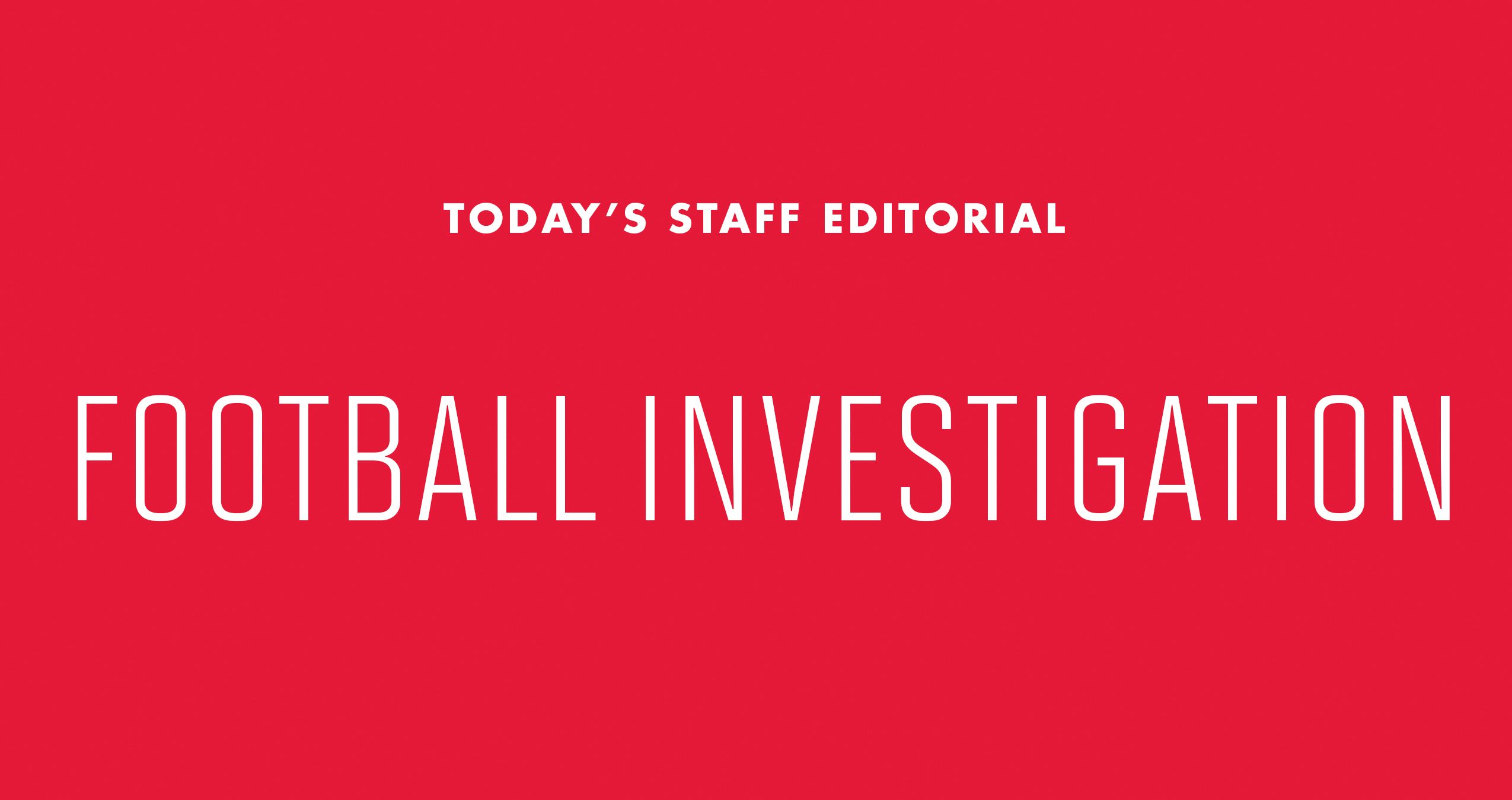 The commission investigating allegations of abuse in the University of Maryland football program released damning findings. The report implicated not just coach DJ Durkin, but also athletic directors Kevin Anderson and Damon Evans and university President Wallace Loh of enabling a noxious environment within the athletic department. Despite the commissioners’ best attempts to minimize these officials’ misconduct, this editorial board takes from the report an obvious conclusion: Durkin, Evans and Loh must go.

Many headlines have focused on one miniscule finding from the blockbuster report: The program’s culture was not “toxic.” Like any good middle school essay, the report defines “toxic” by citing Merriam-Webster, arguing if Durkin’s Terps met this threshold, the coach “would not have earned the loyalty and respect of many of his student-athletes and coaches.”

Of course, it’s possible to oversee a malicious and harmful organization while still being respected by some people within it. Why, exactly, the commission tries to downplay the severity of its own findings is beyond us, although the commissioners’ numerous ties to this university might have something to do with it.

This editorial board isn’t interested in a semantic dispute over the definition of “toxic.” Whatever adjectives readers want to use to characterize it, here’s what the report finds.

Strength and conditioning coordinator Rick Court repeatedly abused players — both physically and verbally — in ways consistent with the original ESPN investigation into the culture of this university’s football program. At one point, he threw a trash can full of vomit to intimidate players.

Head coach DJ Durkin claimed Court did not report to him, even though Court was Durkin’s first hire. And football players feared speaking to Durkin about Court’s behavior because, as the report finds, “they viewed Coaches Court and Durkin as ‘the same person.’”

During much of this time, former and current athletic directors Kevin Anderson and Damon Evans were wrapped up in a childish and long-standing personal dispute that prevented either of them from providing effective oversight of Durkin or Court.

And while the commission hardly bothers investigating if the program’s culture contributed to Jordan McNair’s death in June — the report cites its conclusion that the culture wasn’t toxic as reason to completely ignore this point — the report does find that “the training staff went relatively unsupervised for extended periods due, in part, to a rift between [Anderson] and [Evans], which permeated the entire department.”

University President Wallace Loh occasionally interceded (never successfully) to mediate the conflict between Anderson and Evans. But he ignored serious warning signs about Durkin and Court’s behavior. Although Loh told the University Senate earlier this month that he “never ever” heard about abuse in the football program, the report confirmed that he received an email warning about it. He passed the message along to Anderson, writing, “no need to respond.”

Regardless of whether this fact-pattern meets Merriam-Webster’s definition of toxicity, it undeniably describes a total system failure. Durkin’s handling of Court’s abuse enabled him at best and encouraged him at worst. Evans let his personal squabbles get in the way of his duty to protect student-athletes. And Loh flitted around the corners of the situation, seemingly OK with the fact that his athletic department had what one official deemed “no structure.”

The commission makes some watered-down recommendations, which we take no issue with. But they don’t go nearly far enough. A total system failure requires a complete overhaul. So long as Durkin, Evans and Loh remain in their positions, this university cannot repair this profound and well-deserved injury to its reputation.