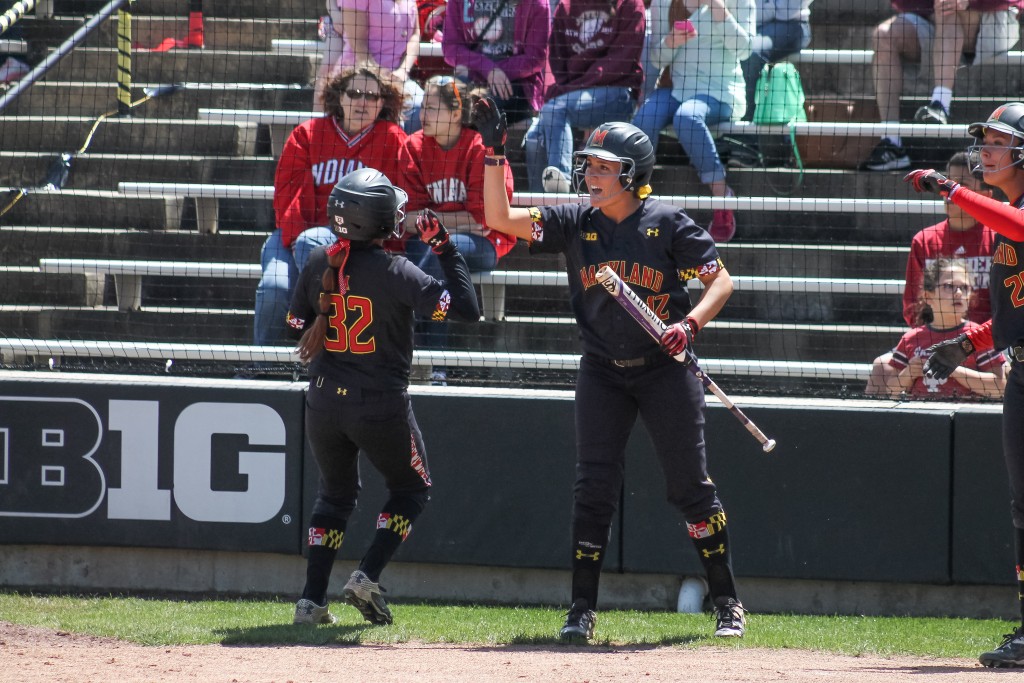 The Highlander Classic will provide the Maryland softball team with a chance to build momentum before playing its first home series next weekend. But the event will hold extra meaning for freshmen Amanda Brashear and Anna Kufta, whose family and friends in Southern California will watch them play college softball for the first time.

Brashear and Kufta are excited about the Riverside, California, trip but disappointed it will only last three days.

“It’s a little taste of what I’ll get later in the summer,” Kufta said.

Still, she knows her family is “just thrilled” to see the games live rather than following along on social media.

Brashear, meanwhile, comes from a tight-knit family in Chino. Her grandparents live just down the street from her home, which is about 30 minutes from UC Riverside’s ballpark. She’s looking forward to reconnecting with her sister and eating her first home-cooked meal since returning to College Park after winter break.

Both players have made immediate contributions for the Terps, starting every game. Brashear leads the team in hits, and Kufta is tied with infielder Skylynne Ellazar for second-most.

Maryland has eight players from California, the most from a single state. Kufta thinks the group’s skills stemmed from being able to play all year round.

“There’s no snow,” Kufta said. “For California, obviously, we haven’t had any rain for a while so we didn’t have that problem.”

Now, playing in Maryland, Kufta realized she took California’s dry weather for granted. The conditions in College Park have forced the Terps to schedule their first five weekend tournaments on the road. Their home opener won’t come until March 17, more than a month after their season started.

Still, Kufta is grateful the team has often been able to practice outside.

“We haven’t really had to practice inside very much. … You can see the difference at practice and the level we are able to practice because the opportunities we have outside compared to inside.”

With several players from around the country, coach Julie Wright has tried to develop a family environment with her team. Over Thanksgiving, freshman outfielder Kassidy Cross, an Owings, Maryland, native, brought Kufta to her house for the break.

This weekend, though, some of those players will make a rare trip home.

“To be able to take them home, put them out in front of their family and their friends, and let them show off, that’s exactly what we want to do,” Wright said.