More UMD professors are improving their websites for students with disabilities 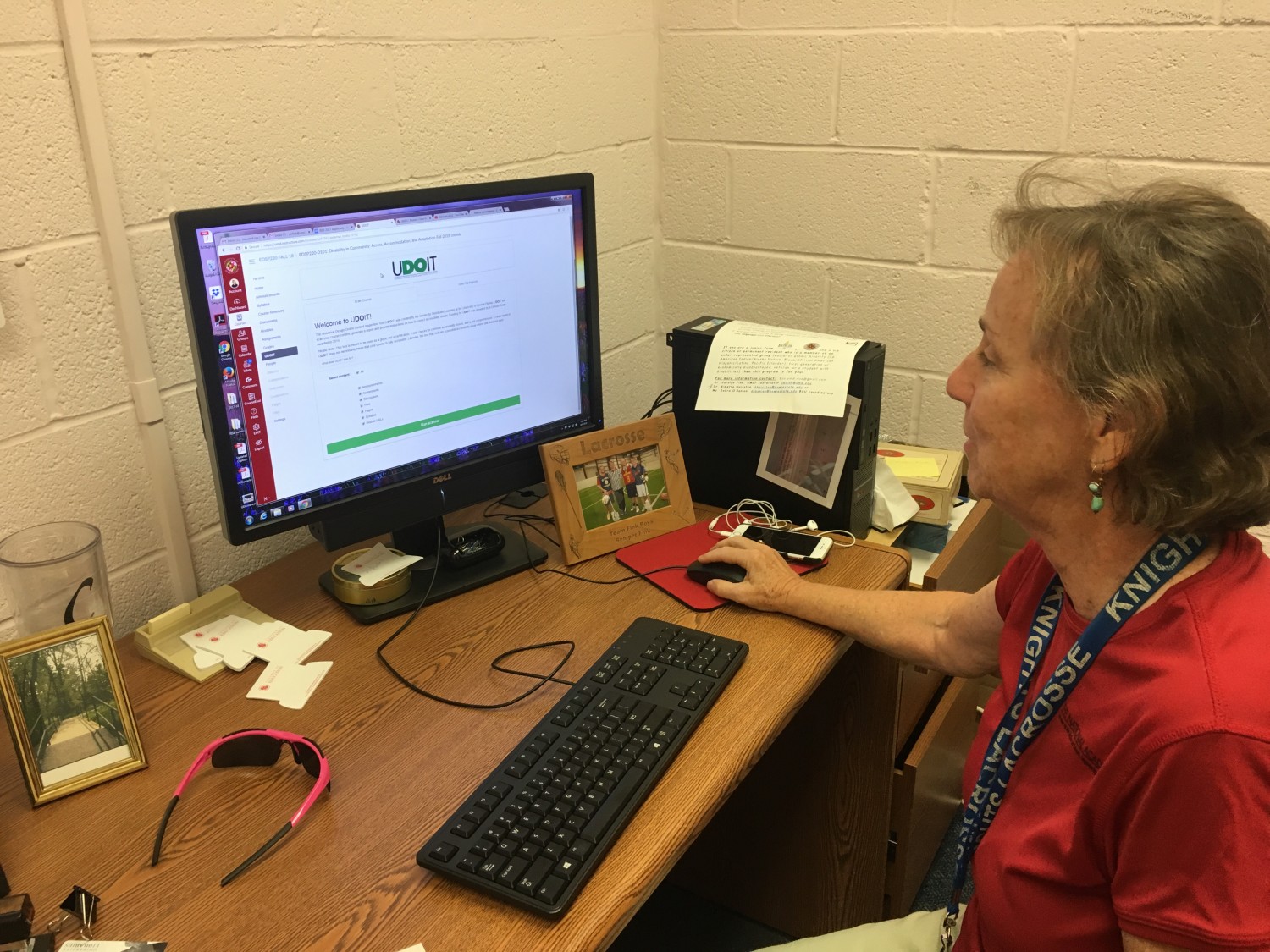 University of Maryland faculty members have been reaching out in greater numbers to the Division of Information Technology (DIT) in search of ways to make their course websites easier for students with disabilities to use, a department official said.

A policy signed in April by university President Wallace Loh set minimum accessibility standards for all newly created web-based content at this university, but some faculty members are seeking ways to enhance existing sites, said Susan Johnston, an instructional designer in the DIT.

“There have always been people around campus who are very dedicated to doing this on their own, but it’s like over the past three years, they’ve come together,” Johnston said. “We’re getting that momentum going.”

In November 2015, the DIT launched a three-year plan to improve the accessibility of videos and websites used by the university and developed training workshops to help faculty members adapt the online components of their courses.

[Read more: A disability studies minor is in the works at UMD — for the second time]

In these workshops, Johnston shows faculty members simple things they can do to make their courses more accessible to students with disabilities, such as adding headings to large blocks of text on their ELMS pages, which helps students who use screen readers understand the content.

Under the policy Loh signed in the spring, attending these workshops isn’t mandatory for faculty members. But Deborah Mateik, director of the learning technology design team in the DIT, said more faculty members have reached out to the department with questions about web accessibility.

“With the new policy, they are hearing from their administrators that if you’re creating new content, you need to make sure it’s accessible,” Mateik said. “The people who get the faculty’s attention are the deans and their department chairs, so getting the information to them is really how we’ll continue to be able to get faculty coming in.”

Before the policy was implemented, Johnston helped Carolyn Fink, a special education lecturer in the education college, use an online tool to weed out spots on her ELMS page that made it hard for students with disabilities to engage with course material. The tool — called UDOIT — flagged things like uncaptioned videos and pages that ran long with text, which students with an attention deficit disorder might find difficult to grasp.

Some professors might balk at spending so long on editing their websites when only a fraction of their students have a disability, she said, adding that she has had only a handful of students with hearing and vision impairments and about 20 students who identified themselves as having an attention deficit disorder throughout her 25-year career with this university.

But Fink said making UDOIT’s suggested changes to her ELMS page made online coursework more approachable for all of her students.

“My page with too much print on it? Nobody really likes that,” she said. “We’re talking about adding design elements to your course that may be generated for students with special needs or different ways of learning but can really be beneficial to lots of students.”

Johnston and Fink spoke to about 40 faculty members about UDOIT at a teaching and learning conference in May. Fink encouraged the audience to try the tool out on their own ELMS pages.

Amari Harris, a junior sociology major, took Fink’s course last semester and recalled that every video he watched for the class had captions. While this didn’t affect his learning experience one way or another, he said it made him aware of the benefit captions have for other students — especially the students in his class with hearing impairments.

“I know they’re not the only hearing-impaired people on campus, and I know I’ve been in classes where there have been people with hearing impairments or other disabilities, so it makes you wonder how they were able to keep up with the work when it wasn’t as accessible for them,” Harris said.