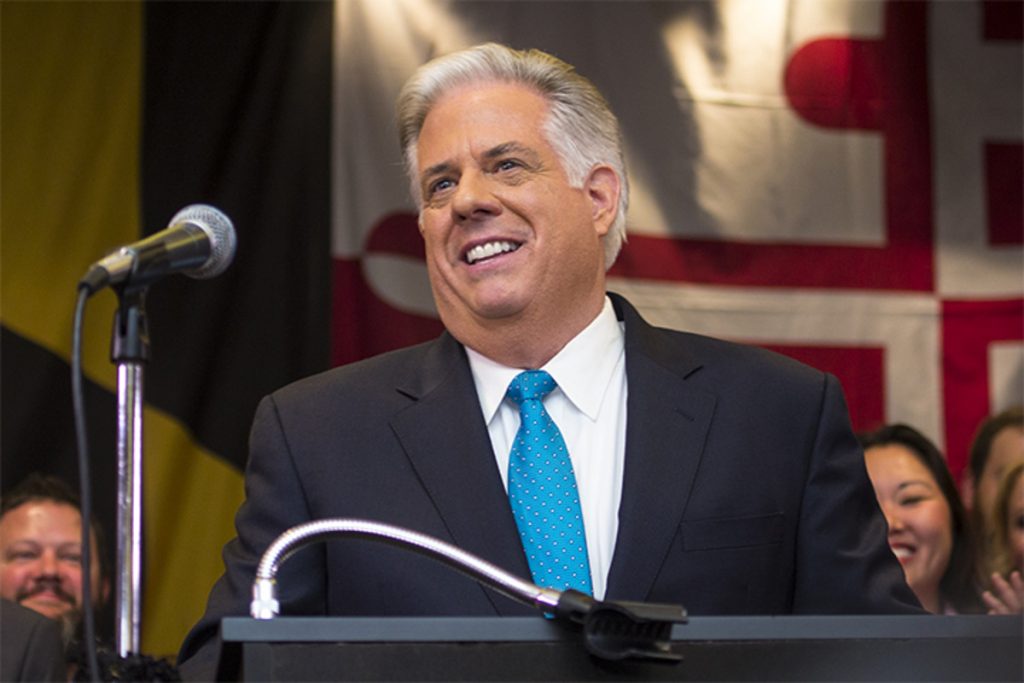 Sixty-three percent of Marylanders approve of Hogan’s job as governor, according to a Goucher College poll conducted Feb. 18 to 21. This drop since September can be attributed to cyclical decline in approval while the Maryland General Assembly is in session, The Baltimore Sun reported, and is not the result of a “Trump Effect.”

“Although there have been direct efforts to attach Governor Hogan to President Trump and the majority of Maryland voters say that their views toward President Trump will influence their vote in 2018, the governor remains largely unaffected by national politics,” said Mileah Kromer, director of Goucher’s Sarah T. Hughes Field Politics Center, in a news release.

Maryland Democrats have pressed the governor to speak out about several of President Trump’s policies executive actions on immigration, a federal hiring freeze and a potential repeal of the Affordable Care Act. In the Democratic response to Hogan’s State of the State address, Del. Bill Frick (D-Montgomery) called on Hogan to discuss “how he will work to prevent or mitigate the devastating changes his compatriots in the White House and Congress are inflicting.”

Lawmakers on Jan. 31 introduced a set of bills they say would “protect” Maryland citizens from Trump’s and the federal government’s various policy decisions. Another proposal, the Maryland Law Enforcement and Governmental Trust Act, would limit the actions local law enforcement can take for purposes of immigration enforcement.

After Trump signed an executive order on Jan. 27 barring citizens of seven Muslim-majority countries from entering the United States for 90 days, Hogan’s press office released a statement that said it was reviewing with lawyers how the travel ban would affect Maryland and noted immigration is federally controlled.

Maryland Attorney General Brian Frosh asked for Hogan’s permission to pursue legal action against the travel ban but did not receive a response. The General Assembly voted on Feb. 15 to grant Frosh expanded powers to sue the federal government without the governor’s approval, sparking conflict between Democratic and Republican members. Several Republican state senators walked out of session in protest of the measure on Feb. 9, stating the measure gave too much unchecked power to Frosh’s office.

The poll also found 80 percent of Marylanders support mandatory sick leave for companies with at least 15 employees, 58 percent of residents support legalizing marijuana for recreational use and 73 percent prefer an independent commission to draw the state’s legislative districts rather than elected officials. Legislation on these issues are currently moving through the General Assembly.