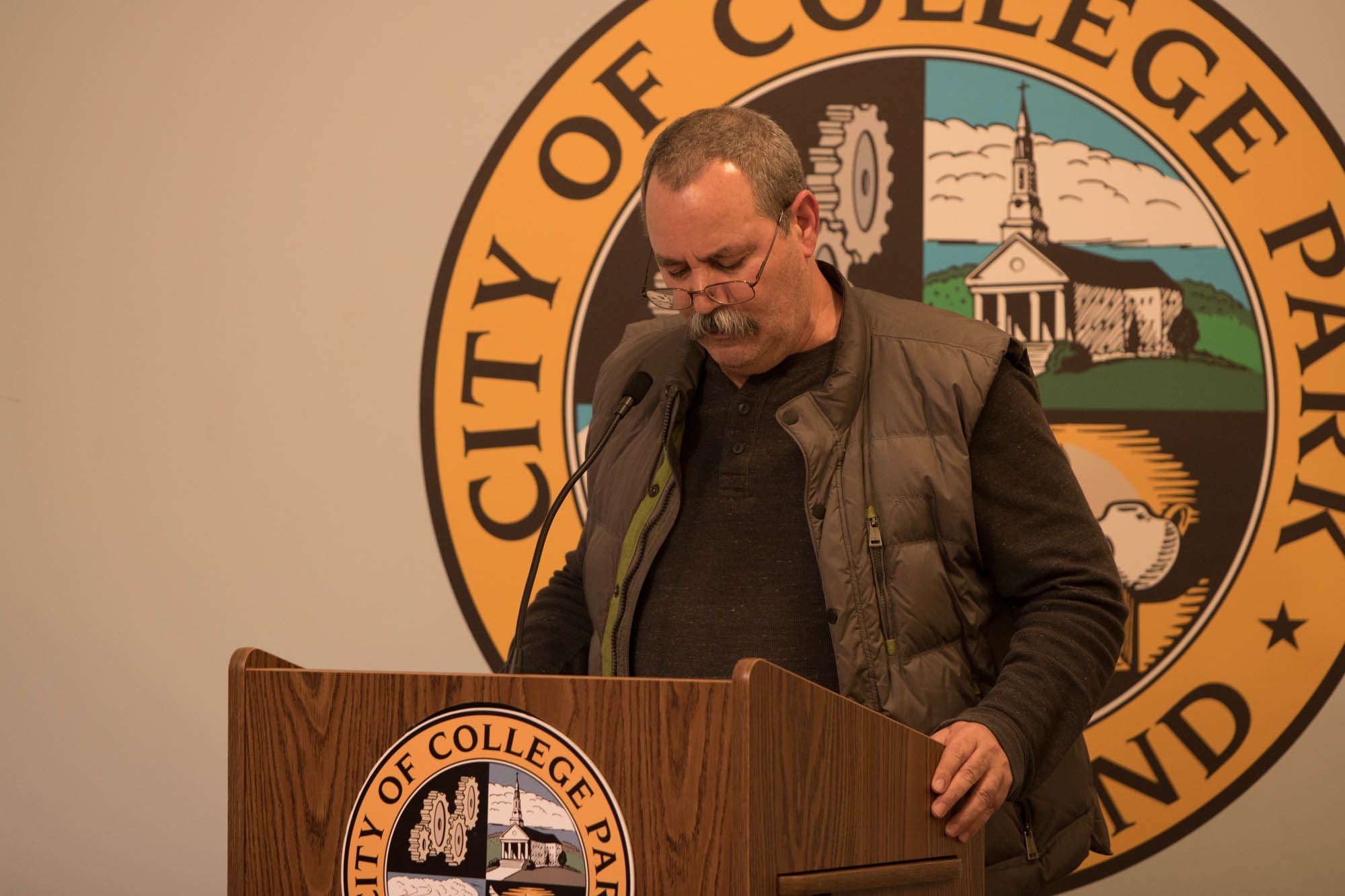 Illegal dumping in College Park could now cost offenders $1,000 per violation — the maximum allowed by state law — after the city council voted unanimously Tuesday to increase the fine.

The penalty seeks to target people who dump in creeks and wooded areas by trails — the areas where tires, mattresses and kitchen appliances are commonly left.

Although city manager Scott Somers said the new fine could apply to something as small as a candy wrapper, the main focus of the ordinance would be to curb bulk item dumping.

“This is really about dumping, let’s be honest,” said District 3 Councilman John Rigg. “We’re are being told by our public works staff that there are various hotspots for dumping in our city.”

City staff plans to warn residents of the fine by placing signs at sites where trash is dumped regularly, as well as potentially installing surveillance cameras to catch perpetrators.

Under the new penalty, any and all violations can be fined at the maximum $1,000. This is a 1,900 percent increase from the previous $50 fine for first-time offenses and $100 for subsequent violations within six months.

During the public hearing for the ordinance, two residents expressed concerns that the city hadn’t considered other alternatives before proposing the $1,000 penalty.

“This punishment does not fit the crime,” said Oscar Gregory, a District 4 resident. “Why is this city council considering such lazy, archaic and punitive measures when the best approach is to have the offending party or parties work community service, picking up trash and making a difference?”

“What’s the history of developing this plan?” she said. “What are the alternatives? How do other people do this?”

Some council members, like District 4 Councilwoman Denise Mitchell, empathized with concerns about the harshness of the new fine, but said it was necessary.

“Usually I would say ‘no,’ because of the size and the amount of the fee,” she said. “[But] people need to adhere to a policy, and giving them a strong warning the first time may help to limit the possibility of a possible recurrence.”

Junior economics and government and politics major Alex Melinchok, who lives off-campus in Calvert Hills, said before the meeting that she was shocked by the new $1,000 fine, since she hasn’t seen much trash in the areas she passes through.

“That’s so high — that’s crazy,” Melinchok said. “I feel like they should maybe pursue other avenues, because a thousand dollars is ridiculous — especially for students.”

District 2 Councilman P.J. Brennan expressed support for Gregory’s suggestion of community service, which city attorney Suellen Ferguson clarified would have to be pursued through the court system.

However, Ferguson agreed that city staff could advocate in those cases for the offender to perform community service as an alternative, or in exchange for a reduced fee.

“At the end of the day, we want people to be connected to the city and the issues that are here, and ultimately we want to remove the problem, gain compliance with the problem, and not just collect a fee for the sake of fees,” Brennan said. “This is just another tool in our toolbox.”