After an impressive start, Maryland field hockey’s offense has fallen out of sync 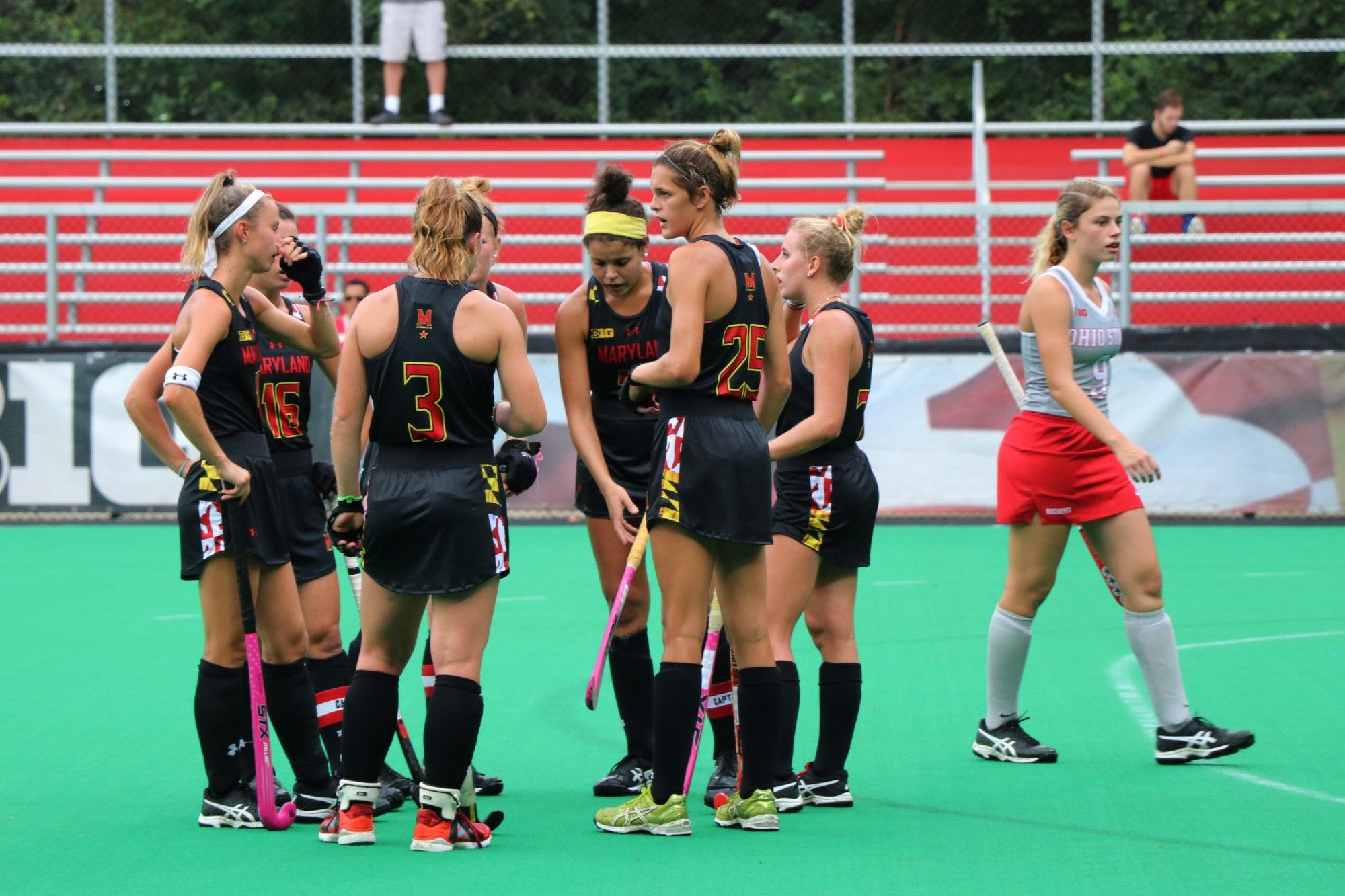 The team huddles together during Maryland field hockey’s match against Ohio State at the Field Hockey & Lacrosse Complex on Sept. 21, 2018. (Andi Wenck/The Diamondback)

When Maryland field hockey traveled to Princeton early in the season, erased a three-goal deficit after halftime and scored the game-winner in double overtime, the team had an air of invincibility.

Staying undefeated in that fashion on the road against the No. 5 team in the nation was a huge statement, and the Terps remained perfect in the following weeks with two more top-10 wins.

But the Terps couldn’t climb out of a three-goal hole against then-No. 7 Penn State on Oct. 7 and ended the season with a 3-1 defeat to No. 23 Virginia.

[Read more: Maryland field hockey’s seniors are determined to end their careers on a high note]

Between those losses, Maryland won three games, including a 2-1 victory over No. 8 Iowa. But even in those contests, the Terps offense has looked out of sync, and if they are to avenge their 2017 national championship loss this November, their attack will need to return to its early-season form.

“Every year I’m doing this job, I wonder what I’m doing [in] the third or fourth week of October,” coach Missy Meharg said. “I don’t mean to sound funny with that, but I think all us as coaches go, ‘Wow. All that hard work and where are we?’… [Sunday] was a testament to that.”

Against Iowa, Maryland managed only five shots and two goals. Against No. 17 Northwestern on Friday, the Terps’ passing and shooting was sloppy, and they finished with two goals on 12 shots. On Sunday in Charlottesville, Maryland scored on only one of its 14 shots against a sub-.500 team.

Prior to Penn State, Maryland had scored multiple times in all but one game, averaging more than 18 shots a contest. The team dominated possession and displayed crisp passing that’s disappeared of late.

Much of the struggles coincide with the absence of defender Nike Lorenz, who had 10 goals and three assists before an upper leg strain kept her out of the past four games. Lorenz plays a crucial role in keeping the team connected.

“She’s someone who’s loud and talking to everyone around her,” forward Linnea Gonzales said. “We just need people to step up a little bit more and play more together.”

The team has been without other key players as well. Defender Sophie Giezeman missed the last two games, and midfielder Kyler Greenwalt left Sunday’s contest early with an injury.

With injuries piling up, the Terps know it’s crucial to get back on track as they enter the postseason. Meharg wants the team to work on making smarter leads and passes.

“In the beginning of the season, our connection was so much better,” defender Bodil Keus said. “We’re behind in that right now. We need to pick that up, and it starts with the communication.”

But given the team’s stellar regular season as a whole, the Terps aren’t yet hitting the panic button.

“We just have to get back to what got us where we are today,” Meharg said.