We must stop victim-blaming our women 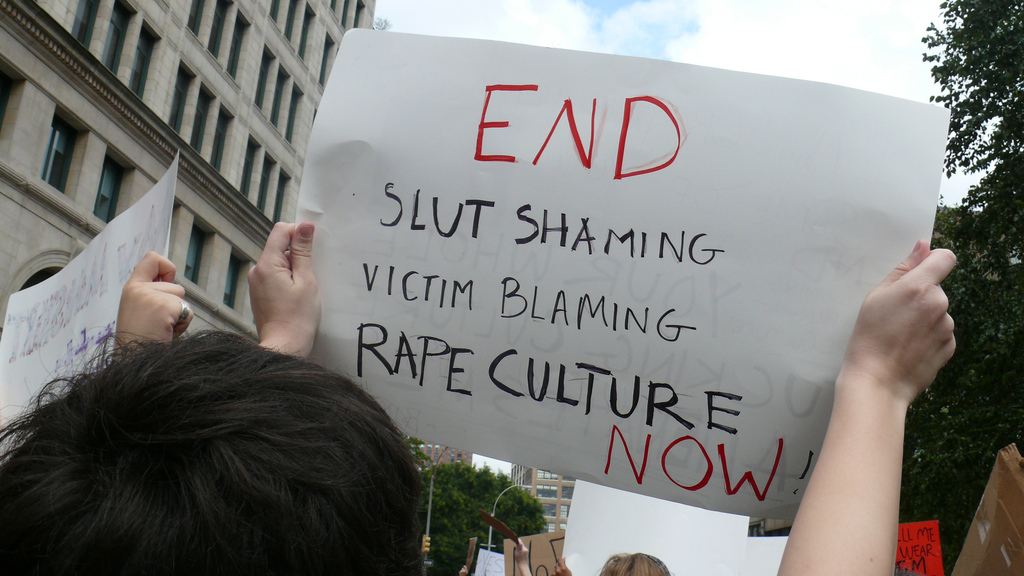 Just a few days ago, the world witnessed what has been dubbed the “Easter Day Slaughter,” through a series of Facebook videos and posts by a man named Steve Stephens. I even scrolled through my own Twitter feed to witness a horrific point-of-view video shot by Stephens, where he stops an elderly man on the street and shoots him point-blank.

In the same fashion, I also happened to read comment after comment victim-blaming Stephens’ ex-girlfriend, Joy Lane, saying she should call him to put to rest the entire ordeal, as Stephens rationalized his killing spree based on their breakup, and said he would stop if she called him. This malicious phenomenon, in which women are used to justify the actions of men, leads to the neglect of real issues at hand — in this case, the clear case for gun control.

This isn’t the first time something like this has happened, either. Placing the responsibility on women to ensure men behave is a regular hurdle I often have in my own household. My parents have chided me countless times, telling me to cover up or not go out too late in order to prevent men from harassing or attacking me. While these instructions come from a place of good intentions, the remarks perpetuate the idea that women must be held responsible for the

In the Cleveland shooting example, much time was wasted again, as the conversation was diverted from the actual crime to Stephens’ ex-girlfriend, rather than focusing entirely on crowdsourcing and pinpointing the shooter.

We can also look to the Stanford rape incident, when Brock Turner was convicted of sexually assaulting an unconscious and intoxicated woman behind a dumpster. The woman’s moving account of her trial involved a lengthy list of questions she was bombarded with: How much does she usually drink? Where was the party? Does she party at frats? Does she have a history of cheating?

Instead of focusing on the victim’s ordeals and the proper way to healthily address such a traumatizing event, the defense attacked her with questions that suggested her actions warranted her rape. In the same light, Stephens’ ex-girlfriend’s refusal to call seemed enough for people to blame her for Stephens’ actions.

In a time when women appear to be significantly more free than they were centuries ago, it’s still jarring that we continue to be held responsible for incidents that involve the heinous actions of men. Time, effort and the dignity of women everywhere are wasted at the expense of alleviating real issues at hand. It can be as minor as claiming that my exposed legs will attract unwarranted catcalls, or telling a woman that just because she was intoxicated, she loses the right to her body. Regardless, the victim-blaming of women must stop, and this must happen now.