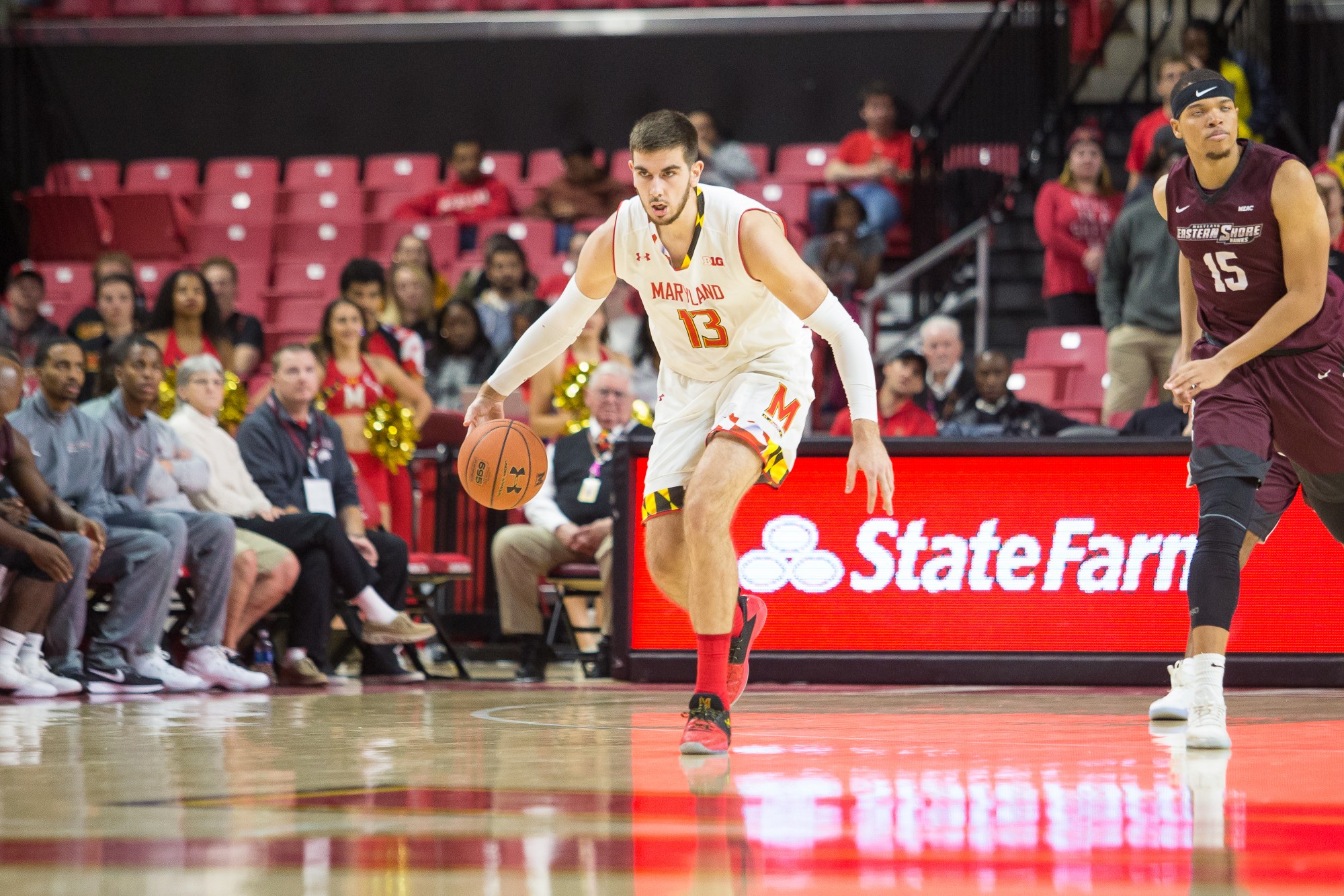 The Maryland men’s basketball team’s frontcourt depth may have taken another blow Friday night when forward Ivan Bender suffered a knee injury during the the Terps’ 66-45 win over UMBC.

Coach Mark Turgeon didn’t have an update on the severity of Bender’s injury postgame.

Turgeon announced Thursday forward Justin Jackson will miss the remainder of the season with a torn labrum, and Bender is projected to take on a larger role with Jackson sidelined.

With just under 14 minutes remaining Friday, Bender stopped running and hopped to the bench on his left leg, not putting any pressure on his right leg as center Sean Obi helped him off the court. The redshirt junior hopped to the locker room a few minutes later.

Bender played 18 minutes against the Retrievers, one short of his season-high 19, scoring four points and collecting six rebounds before the injury.

If Bender’s injury is serious, center Michal Cekovsky and forward Bruno Fernando will serve as Maryland’s main frontcourt options, while Obi and forward Joshua Tomaic, both of whom average fewer than nine minutes per game, will likely receive larger roles.

“We might play Ceko and Bruno together some and go small,” Turgeon said. “There’ll be some guys that have to play 37-38 minutes per game, but that’s OK.”

Bender, who entered Friday averaging 3.4 points and 2.7 rebounds per game, has endured an injury-filled Maryland career and has torn his left ACL twice.