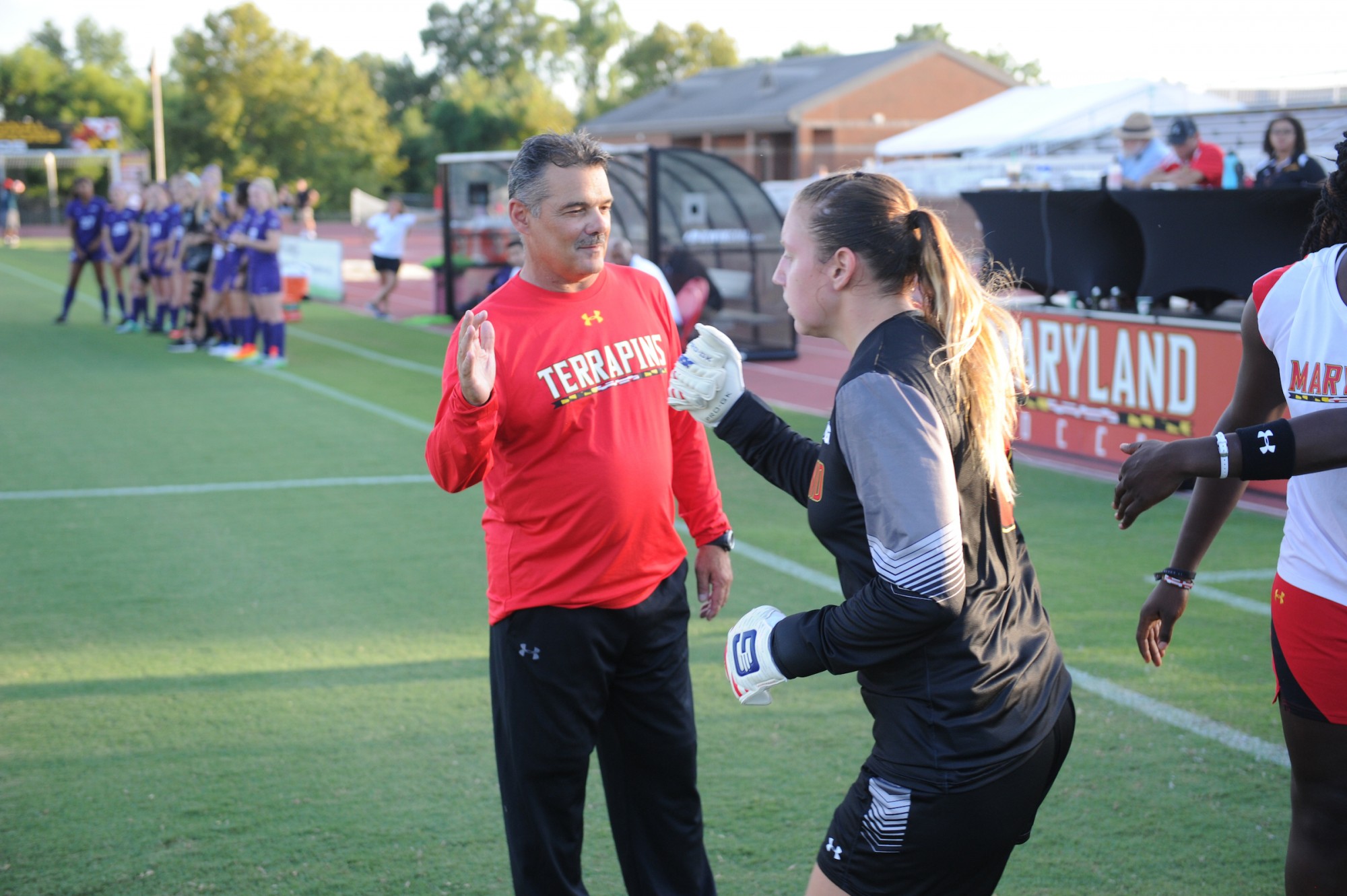 After years of mediocre play from Maryland women’s soccer, midfielder Hope Gouterman has been impressed with what she’s seen this season.

The Terps are 3-0-1. Their leader in goals and assists is a freshman — forward Mikayla Dayes, who scored the winner in overtime against Gardner-Webb on Friday. Through four games, Maryland has conceded three goals, half as many as it had allowed at the same point last season.

As they look to eclipse last season’s win total against Richmond on Thursday, Gouterman and the team hope to improve on an already strong start. The experiences they gathered on their road trip to Gardner-Webb and Furman last weekend will serve the team well moving forward.

“It’s just kind of exciting going into the future with the momentum that we have so far and building off of things we need to work on a little bit,” Gouterman said. “It’s really exciting to get to start something with such a young group.”

In both contests on the road trip, Maryland went to double overtime after conceding a late equalizing goal, one of which came less than three minutes from the final whistle. The Terps have 14 freshmen, and Gouterman — a redshirt senior — and coach Ray Leone felt the team responded well in pressure situations.

Gardner-Webb and Furman also fouled Maryland a combined 31 times. After being fouled 21 times by Drexel and Navy in their first two games, the Terps faced a far more assertive challenge.

While Leone was pleased with the way his team played through the physicality, he still expects more.

“We have to play a little bit better on the ground while you’re dealing with those kind of intense moments because I don’t think we did that as well as we could have,” Leone said. “We’ve got to get back to Ludwig, put the ball on the ground and see how we can play from there.”

“In intense moments, we have to learn how to keep our cool, and that’s something that you learn by doing,” Gouterman added. “It’s just going to take some time for all of us to kind of get used to the way things are going to go.”

Still, the Terps have kept their composure en route to an unbeaten record. Leone believes the building blocks for the early success came in the spring when the squad established its chemistry, confidence and style of play.

This campaign has been different from 2016, when the Terps were 2-5-1 at the end of August. The added harmony this year has bolstered the team, helping it post its best start since 2013.

“I don’t want to believe there is a ceiling [for the team this season],” Gouterman said. “We can accomplish anything we put our minds to, and given everybody and the spirit and the energy, things are looking bright for us.”