After “quite a bit of cold calling,” UMD’s GSG sees a spike in membership 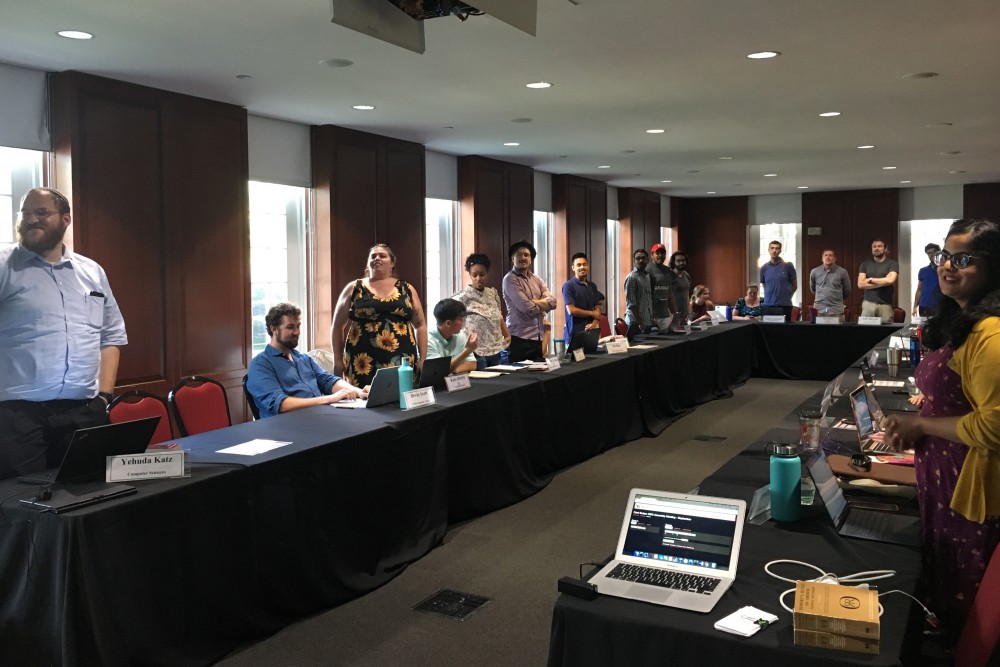 The University of Maryland’s GSG has more than doubled in size this fall election season, with a surge in graduate students taking part.

The Graduate Student Government is expected to have at least 65 voting members this semester, up from 28 in the spring, said legislative affairs Vice President Roozbeh Bakhshi. Voting opened Sept. 18 and closed Wednesday, and the final election results should be determined by early next week.

GSG President Annie Rappeport attributed the spike in membership to the recruitment efforts undertaken by the executive board this summer and into the first few weeks of the school year.

Starting in July, members of the executive board attended the orientations for about 40 departments in the graduate school to encourage incoming students to get involved, Rappeport said. They also reached out to the graduate student coordinator in departments and programs that did not already have a representative in the assembly.

“That was quite a bit of cold calling, but it paid off,” Rappeport said.

[Read more: Annie Rappeport will be the University of Maryland’s GSG president]

Communications department representative Katie Brown, who has served in the GSG for the past two years, said the group previously visited orientations to recruit new members. But Brown commended Rappeport for leading the charge to get to as many orientations as possible this year.

In the past four years that Bakhshi has been part of the GSG, the group’s membership averaged between 25 and 35 representatives. Last year, the assembly had 45 members.

If every seat were filled, the GSG would have about 140 members this semester, Bakhshi said.

First-year doctoral student Hillary Dimig decided to run to represent the bioengineering program, which currently isn’t represented in the assembly, after she spoke with a member of the GSG executive board at the Grad Student Kickoff in August.

If elected, she said she’d like to increase awareness for the kind of work the GSG does and for its existence in general.

“A lot of people in my department didn’t realize there was a graduate student government,” said Dimig.

Rappeport said the surge in membership will bring more perspectives to the table when the GSG discusses issues that impact the graduate student community.

When recruiting graduate students to run for the group, Rappeport said she tried to increase diversity in the assembly beyond the department level. She reached out to campus student groups like TerpVets and visited graduate assistants who work in the library.

The fall election candidates included a graduate student who is actively serving in the military, one who is a mother and another who is working on the construction of the Purple Line.