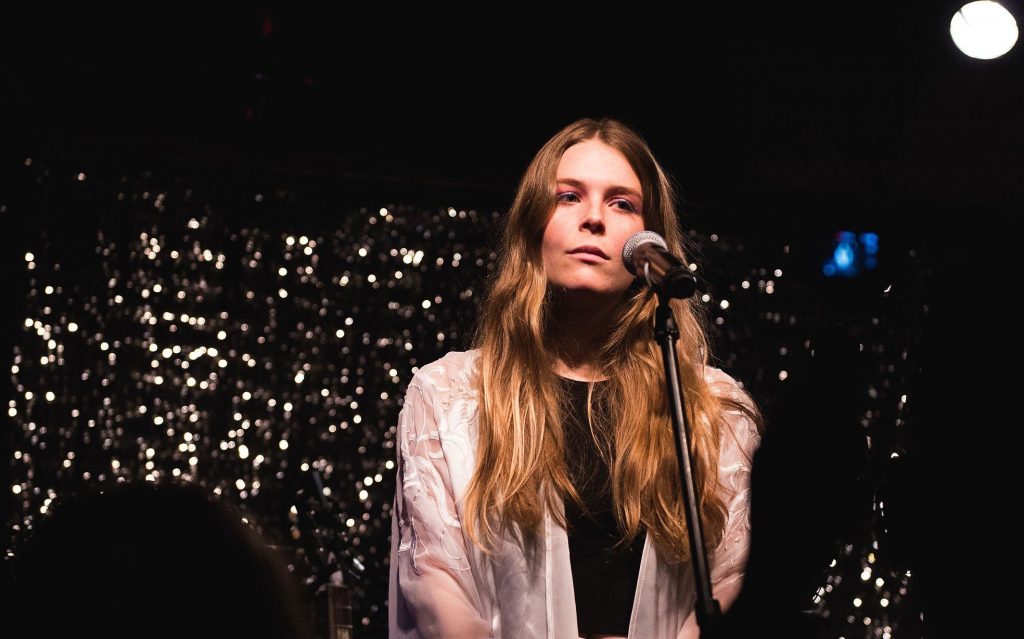 Maggie Rogers has not stammered in declaring that 2019 shall be her year in her sinfully catchy, major-label debut album, Heard It In A Past Life.

Rogers’ foray into the electro-alternative genre creates a piece of work fit for sitting back and relaxing while allowing a clogged mind to find inspiration.

Standouts from the album include “Alaska,” a mellow jam originally from her 2017 EP Now That the Light is Fading. Laced with barren, ice-cold imagery, Rogers conveys her wavering sense of confidence as she sets forth on a path of self-discovery when she sings “And I walked off you/ And I walked off an old me/ Oh me oh my I thought it was a dream.”

The lyrics of the cowbell-accompanied “Burning” takes you through her discourse of mental momentum as Rogers progresses from “sleeping, barely dreaming,” to gleefully proclaiming, “I’m in love, I’m alive/ Oh, I’m burning,” by the chorus. The surprisingly deep musing of “The Knife” and the coy whispers of the background vocals on “Give A Little” proves these tracks are worth an extra listen as well.

Towards the end of the tracklist, a lull ensues when you reach “On + Off” and “Fallingwater,” slower efforts with not as much substance to them, but picks right back up with the supersonic “Retrograde,” an unapologetic and defiant cry for help and yearning for the past.

Admittedly, there are few tracks that fall flat on the album. It’s difficult to decipher any track as worse than another when the most significant issue plaguing this album is that many of the songs sound overwhelmingly alike.

Many of the songs are overproduced and Rogers’ vocals are often drowned out. Not only do these tracks sound like each other — they also sound a lot like what’s already on the radio. After a full 45 minutes of hearing Rogers hit the same few notes across the 12-track effort, you can only be dissatisfied that you didn’t hear more of her vocal range and lyricism.

Rogers’ knack for precision, however, proves handy with her songwriting; and it gives her the ability to tell a cohesive narrative in each track.

A set trio of rising action, climax and falling action can be picked apart in the lyrics of just about every song, especially evident in the difference between the opener “Give a Little,” where Rogers is unsatisfied in what she’s receiving from others, and the closer “Back in My Body,” where she finds satisfaction in depending on herself.

Such thought and symmetry gives the air of a project thoroughly pieced together. And while such deliberate artistry is notable, the potential to hear Rogers’ silky smooth vocals a little raspier and less drowned out by overproduction becomes more tantalizing than ever.

While simply one listen-through of the album may leave you with more questions than answers, at least afterwards you’ll be likely to call yourself a Maggie Rogers fan.