Maryland wrestling’s Ryan Diehl wants to build off his win vs. Illinois 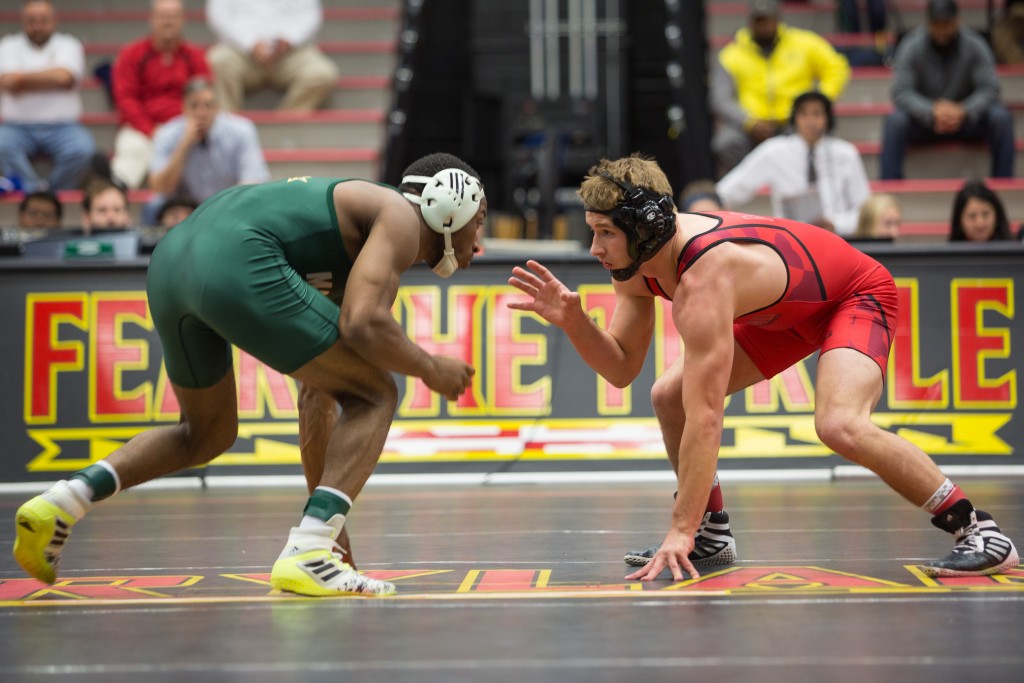 Already down 9-0 after two weight classes in Sunday’s match at No. 15 Illinois, Maryland wrestling needed a spark.

While 141-pounder Ryan Diehl hadn’t won a Big Ten duel since Nov. 4 against Rutgers, he stepped onto the mat and came in clutch for his team with a quick pin on Illinois’ Dylan Thurston.

Behind increased aggression, Diehl improved to 2-5 in conference play and 7-6 in dual meets, helping the Terps achieve their highest point total in the Big Ten this year.

“I feel like I’ve been pretty relaxed in the last couple of matches and it’s not the way that I’ve been wanting to wrestle,” Diehl said. “Today I just went out and attacked more than I usually did and it worked out for the best.”

The junior started the match strong, earning a two-point takedown early. He then worked on top to ride Thurston before pinning him around the two-minute mark of the first period.

Coach Kerry McCoy said that Diehl wrestled “a little too conservative” coming into the season nationally ranked No. 14 in his weight class. McCoy hopes the win gives Diehl momentum as the season winds down.

In Diehl’s upcoming three dual meets, he is likely to face a top-ranked wrestler against Minnesota, as well as favored opponents at Rider and Ohio University, according to McCoy.

“I think he struggled a little bit early this year because he may have put a little too much pressure on himself because he was ranked and the expectations were high,” McCoy said. “It was good that he finally got off that hump.”

Diehl wants to take more shots on opponents and push the pace following his success against Illinois.

That could help him prepare for postseason play, where he found success last season by upsetting three ranked opponents and placing fifth at the Big Ten Championships.