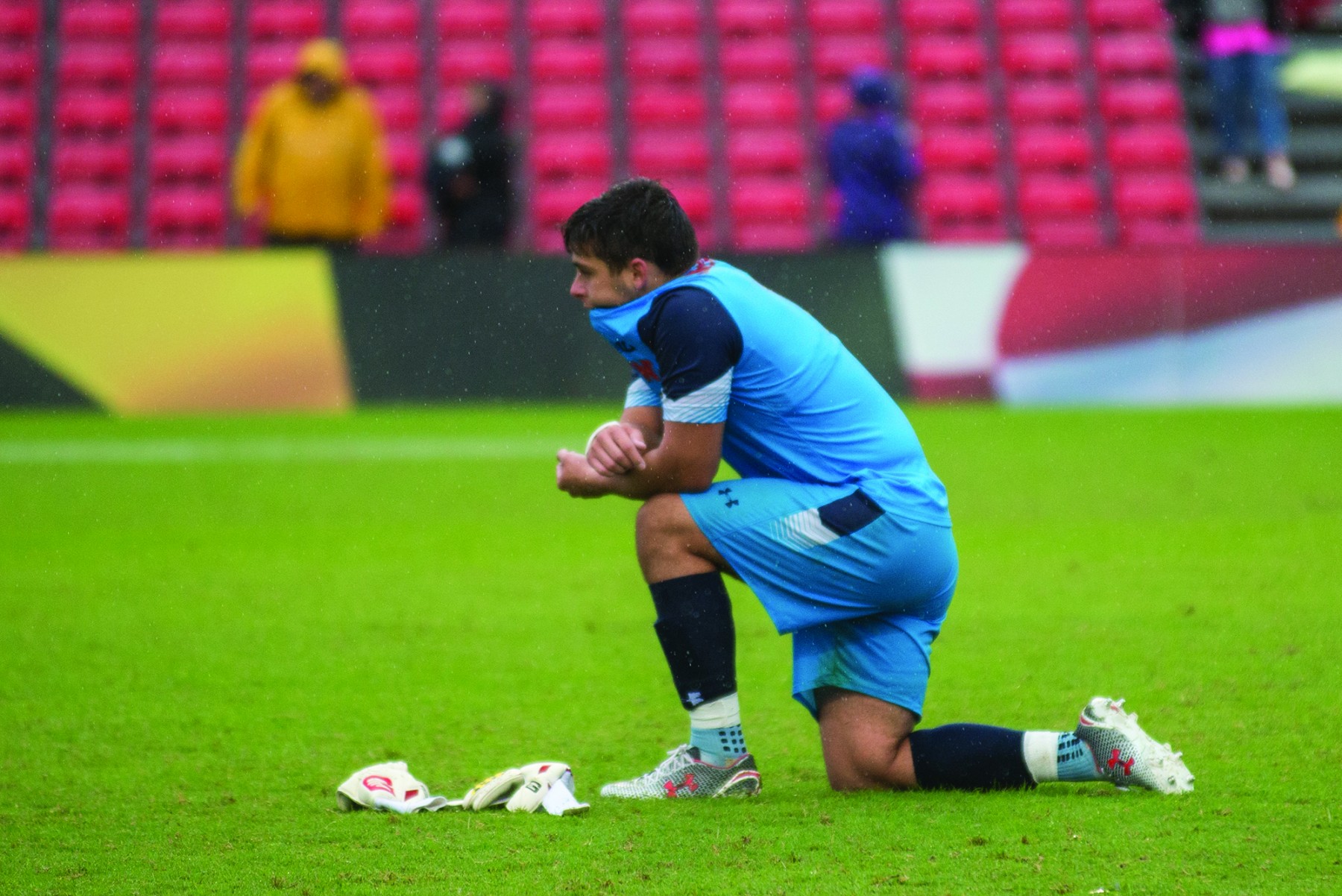 Maryland men’s soccer coach Sasho Cirovski raised his arms and yelled while trying to make his way toward the referees.

It was Oct. 5, 2014, and Northwestern had just scored the game-winning goal to defeat the Terps on a controversial finish. The referees had to hold back Cirovski, who was suspended the following game for his actions.

Last season, Maryland was up a goal against Northwestern with eight minutes remaining. The Wildcats scored the equalizer in regulation before winning the game in overtime.

Since Maryland joined the Big Ten in 2014, it’s defeated every conference school at least once except Northwestern. The top-ranked Terps (6-0-2, 3-0-1 Big Ten) hope to reverse recent history when they travel to Evanston, Illinois, Friday night.

Cirovski said the Terps are in a better place this season entering their contest against Northwestern than they were the past two. In that stretch, Maryland went a combined 7-6-5 before its matchup against the Wildcats.

This year, the Terps lead the Big Ten with 2.5 goals and 7.38 points per game, both of which rank fifth in the nation. They’re coming off what Cirovski called his team’s best performance of the year in a 2-0 victory over Michigan State on Sept. 23.

The Terps haven’t dominated possession in all their games, but they’ve found ways to win. One major difference this year has been forward Gordon Wild, a dynamic scoring threat who transferred from South Carolina Upstate this offseason. The sophomore leads the Big Ten with eight goals and has two game-winning scores.

Cirovski said Maryland has come out flat against the Wildcats the past two seasons. The Terps seemed on their way to a victory in both instances but couldn’t maintain their lead.

In 2014, defender Chris Odoi-Atsem thought Northwestern forward Joey Calistri dribbled out of bounds before he passed the ball to midfielder Cole Missimo for the game-winning score. Last season, Maryland outshot the Wildcats, 24-4, but let up down the stretch in the loss. On Northwestern’s deciding goal, Cirovski said multiple Terps failed to do their jobs.

Cirovski was pleased with how the Terps began their match with the Spartans, but that hasn’t been the case at times this season. The Terps have fallen behind early in three contests, and only five of their 20 goals have come in the first half.

Friday’s game affords Maryland another chance to get off to a quick start.

“That’s definitely something we still want to work on,” goalkeeper Cody Niedermeier said Sept. 23. “Unfortunately we weren’t able to get a goal. They’ll come if we keep playing like we played [Friday].”

The Terps have had a number of marquee wins the past two seasons, but none of them have come against Northwestern. Odoi-Atsem, in his final season, wants to change that.

“We’re going to come out and have a fast start on Friday and try to win the game,” he said. “I don’t want to leave here without not beating any teams in the Big Ten.”