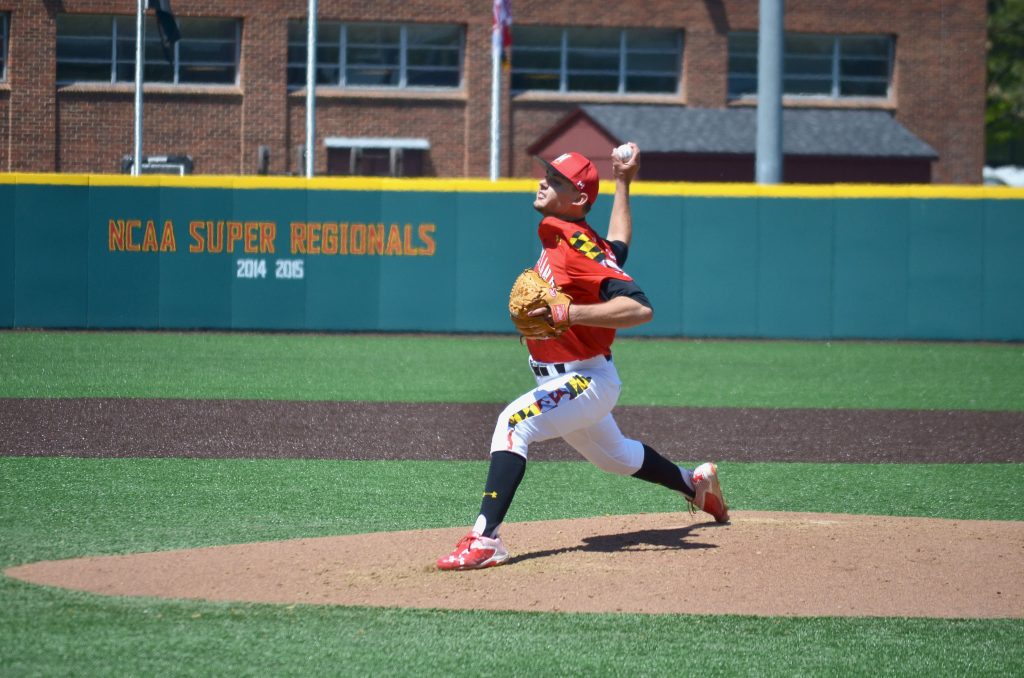 Hunter Parsons’s 2018 season opener was doomed from the start.

Earning a Sunday start against Tennessee in Maryland baseball’s first weekend of play, the right-hander allowed five runs in the first inning, then was chased in the second after hitting two batters and walking a third. It seemed that his sophomore-year struggles would continue into the new campaign.

But Parsons used that performance as an opportunity to change. Throughout the year, he drastically improved his delivery and established himself as a top pitcher for the Terps with a 3.44 ERA and 62 strikeouts.

Now, heading into Maryland’s season opener in South Carolina, Parsons is one of the lone constants for a team that features 18 newcomers. So a year after a startling season debut, coach Rob Vaughn tasked Parsons with shouldering the responsibility of starting against Campbell on Friday.

“He rebounded and responded in about the most impressive way you could,” Vaughn said. “You know what you’re going to get out of him on Friday and he’s going to compete his tail off.”

A lot has changed for Parsons since that subpar start almost a year ago — and since the team’s season ended in May. Throughout the fall, he watched videos from 2018 games with assistant coach Corey Muscara to find areas of improvement, with the hope to build upon his breakout junior season.

Muscara helped Parsons realize he wasn’t getting the most out of the lower half of his body in his windup. Determined to improve, Parsons stayed after practices in the fall to get extra reps in bullpens and catch play.

Before long, the hard work started to pay off, and Parsons noticed he had more control over his pitches.

“Baseball’s all about improving,” Parsons said. “I just want to go out there and give the team the best chance I can to win.”

[Read more: Maryland baseball fell well short of expectations and made 2018 the start of a rebuild]

Vaughn and Parsons’ teammates said they’ve seen a change in confidence for the senior, improving physically and mentally.

“That kid, once he gets on the mound, he’s a completely different person than what I’ve seen from the year prior to last year,” closer John Murphy said. “He really got his head right.”

With that newfound confidence, Parsons tries to lead his younger teammates by example as one of just four seniors on the roster. He and Murphy often spend their free time talking about ways to better lead the pitching staff and keep younger players engaged and excited in practices.

The pair have set the tone in practice, pushing younger players to give their all and encouraging them to stay after for extra reps.

“We’ve really kind of took the young guys under our wings,” Parsons said, “showed them the ropes.”

Parsons will look to continue to do the same this weekend as he opens up the season for Maryland. He has sharpened his form and is more confident than ever, seemingly a world away from his eight-run disaster that opened the 2018 slate.

“He’s done a really good job of attacking,” Murphy said, “and knowing that he’s better than everybody else.”