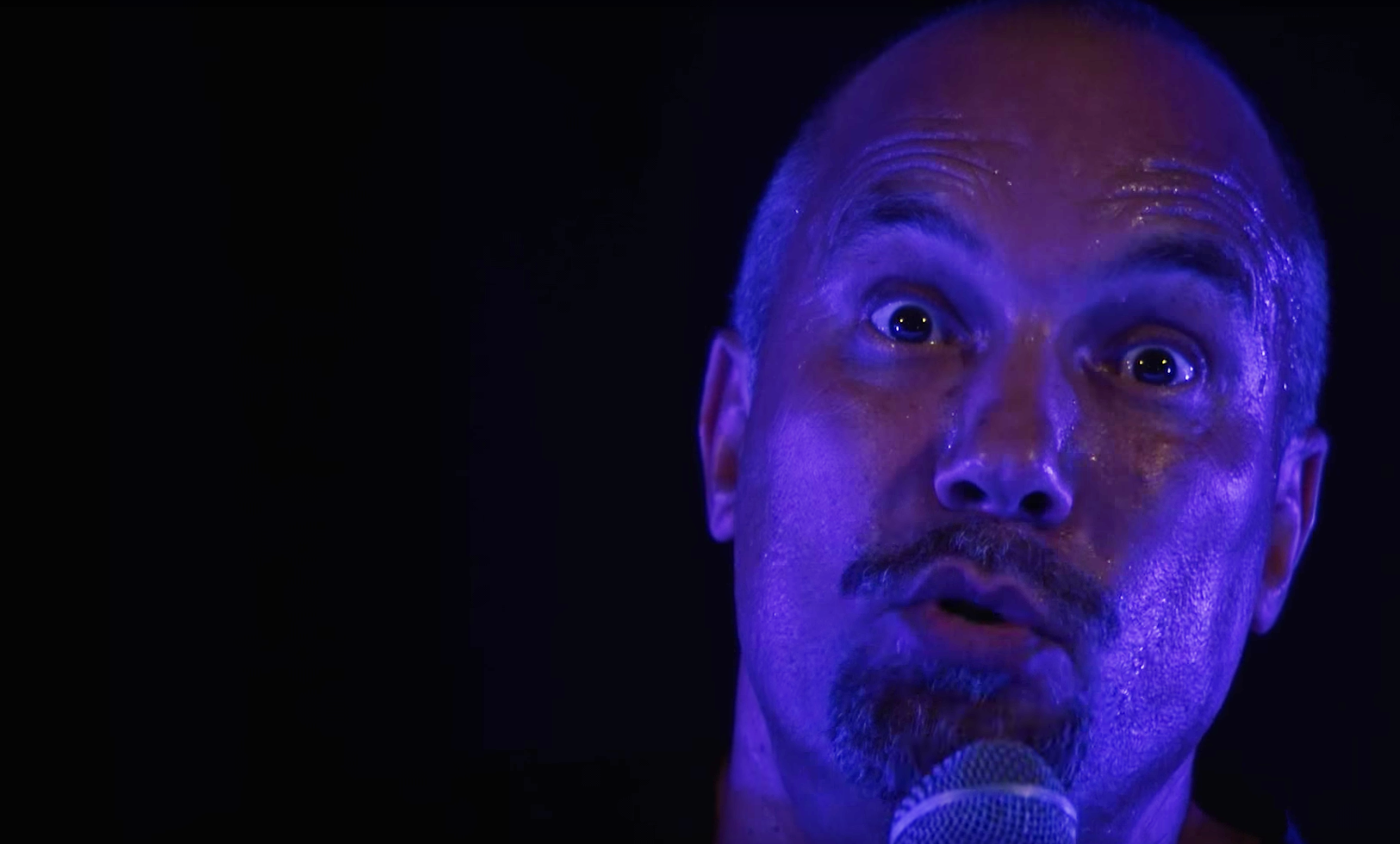 The most noticeable thing about Netflix’s Rodney King is that it’s shot like a stand-up comedy special.

It stars actor Roger Guenveur Smith alone on stage, holding a microphone and illuminated by a purple floor on an otherwise dark set. He barely moves, looking into the audience at all times.

So when he begins his performance with “Fuck Rodney King. In the ass,” and then pauses, you almost expect someone to laugh.

It’s one of many shocking, clever lines in Rodney King that no one will ever laugh at because of the weight of the story they tell. There’s nothing funny about the story of the man whose brutal beating by police officers captured the attention of a nation and highlighted a deep racial divide that still makes headlines today.

Smith’s performance is what drives the film — every word, every rhyme of his spoken word musings hangs in the air. And when he arrives at the beating, you can hear the flesh and bone behind every POW! that echoes through the stage.

The performance falls somewhere between dramatic monologue and beat poetry, with rhymed soliloquies that seem to switch perspectives every few moments. The approach is refreshing — you’re always watching Smith, the only face on the screen, but you’re hearing the voices of everyone and anyone who had an opinion on Rodney King. He becomes the black man upset with King for selling out, the police officers who beat him, the people who knew him. At times, it feels like he’s taunting King, reminding him that he’s a product of his environment and his decisions, not one or the other.

The performance is directed by Spike Lee, and his largely hands-off approach works wonders. The few creative decisions he makes — bathing the stage in police lights during the beating, using quick rapid cuts as blows land — emphasize the power of Smith’s performance but never distract from it.

And that’s a good thing, because the performance is brilliant by itself. Smith has been performing this one-man show since 2014 and it’s clear that he knows it inside and out. Just 10 minutes in, he’s dripping sweat, his eyes wild and staring beyond the audience into the darkness. He fully embodies each unnamed character he introduces, sharing perspectives as he fleshes out King’s life, death and legacy.

It can definitely be difficult to watch, but Rodney King is one of Netflix’s most impressive recent offerings — a testament that not every original on the streaming service is strictly for entertainment. It’s a brilliant piece of acting, writing and empathy, and its message is as important today as ever.

The audience might be silent throughout — but that doesn’t mean they’re not feeling anything.