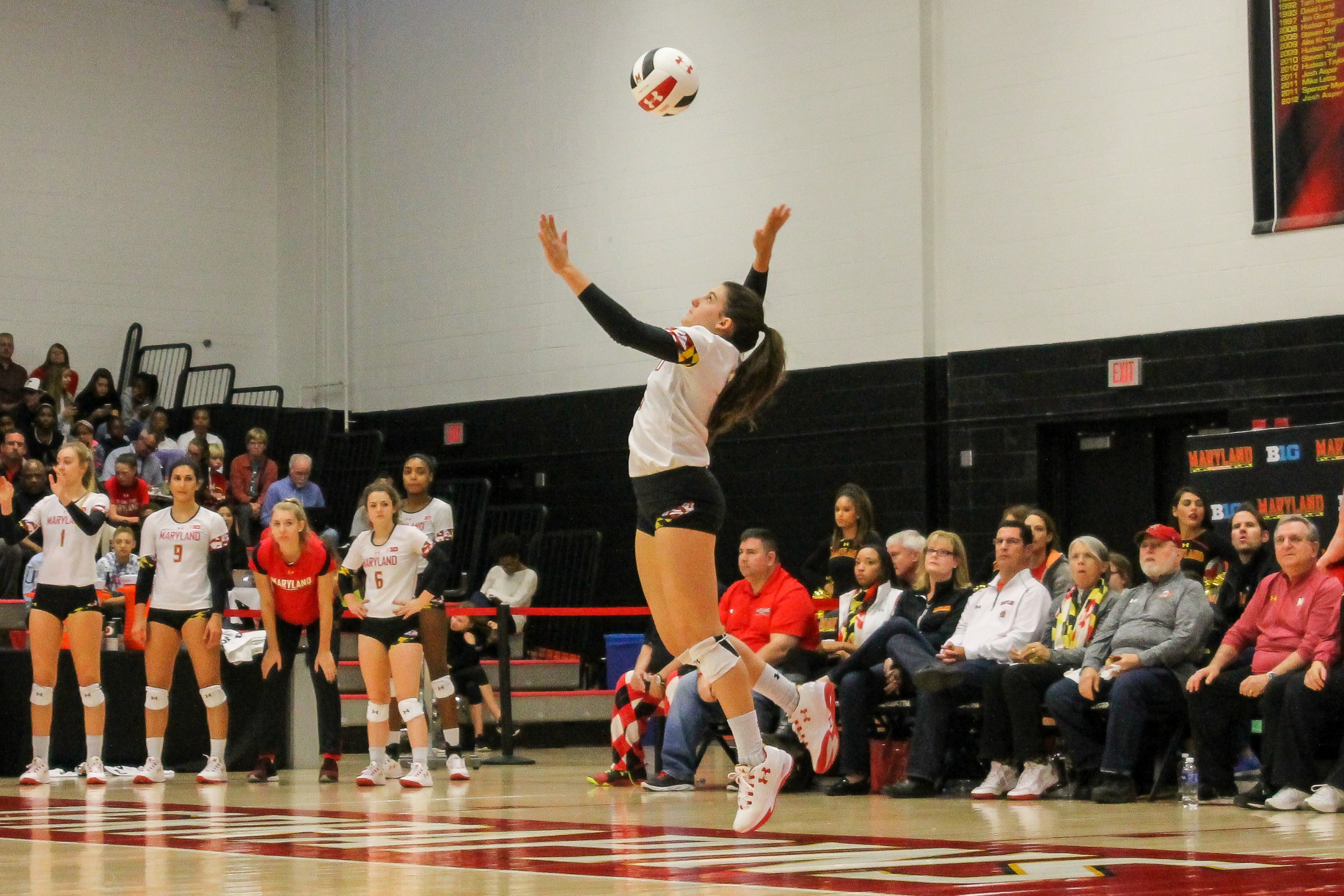 Diane Higginbothem was in disbelief when she met with Maryland volleyball coach Steve Aird in 2014, as he was recruiting her daughter, defensive specialist Samantha Higginbothem.

Higginbothem, who is listed at 5-foot-2 and was born with scoliosis, hadn’t received much Division I attention. Other college coaches had misled her older siblings in the recruiting process, her mom said. So the Middletown High School senior was content with signing for Division III Stevenson despite an offer from Valparaiso and the opportunity to walk on at other low-level Division I schools.

“Her mom … looked at me like I was an evil human being,” Aird said. “She thought I was joking. But I wasn’t. I knew she was good enough.”

Aird, a new head coach at the time, had spotted Higginbothem months earlier at a late-night club volleyball practice making hard-nosed defensive plays. He was eager to convince her mom he truly wanted her to become a Terp.

It wasn’t an easy sell.

“You’re a volleyball coach, you have a bottom line, and I have my daughter’s best interest at heart,” Diane Higginbothem told Aird. “I’m not on your side. I’m on Sam’s side.”

She notched a career-high 15 digs in Maryland’s five-set loss last year to Illinois. Twice she completed five digs to help the Terps pick up victories in her senior season, surrounded on the court by members of Aird’s back-to-back ranked recruiting classes.

When Aird handed Higginbothem a framed Maryland jersey before the Terps’ Senior Night win over Northwestern on Nov. 24, her teammates delivered a loud round of applause for the work she put in. The victory over the Wildcats capped off the Terps’ best season in Higginbothem’s four years with the team, as she helped Maryland volleyball go from finishing 11 games under .500 her freshman year to posting a winning record her senior year, all while playing in the difficult Big Ten.

“She’s not some random token local kid that I wanted on the roster,” Aird said. “She can play the game.”

CORRECTION: Due to an editing error, a previous version of this story stated Samantha Higginbothem had older sisters. She has a brother and a sister. This story has been updated.

Maryland field hockey out of Big Ten tournament after getting blitzed by Iowa, 3-0