A defense of entertainment geared toward women, from romance novels to reality TV 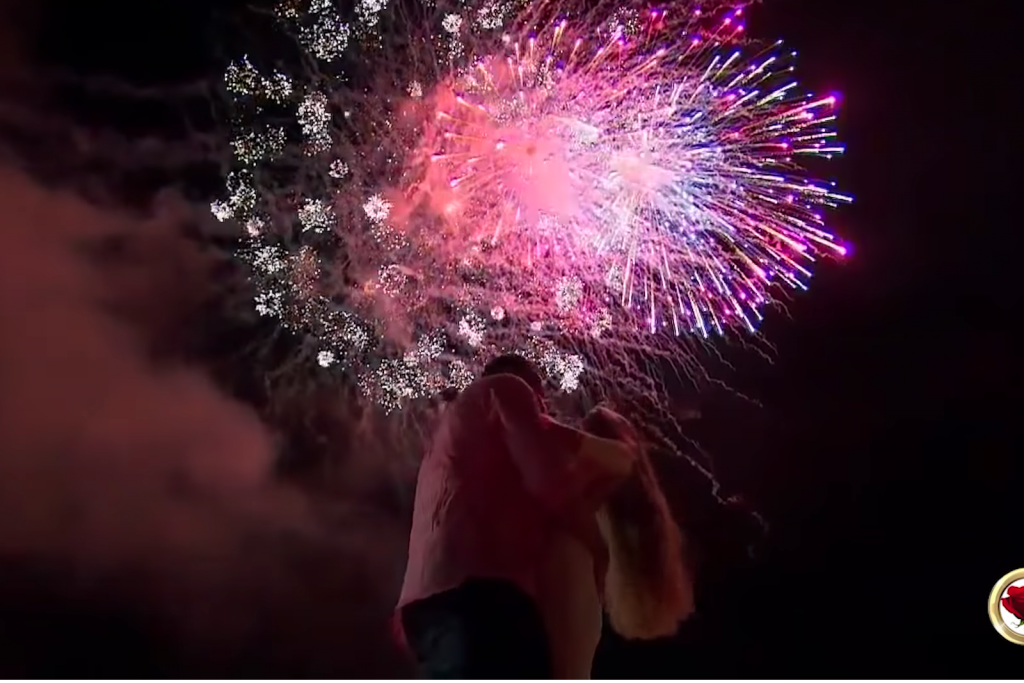 Contestants kiss under the fireworks on Season 23 of 'The Bachelor.' (Photo via YouTube).

If you watch The Bachelor, you’re probably already aware that it’s associated with vanity and ditzy women — mostly because it appeals to feminine interests. Hopefully, the show’s reputation doesn’t stop you from watching.

Shows, like The Bachelor, that are geared toward women aren’t typically considered worthy of real review or discussion. They’re too light, or not thought-provoking enough. Their tragic romanticism can’t be taken seriously because of the quality of writing, the symbolism or the primarily female audience.

At this point, you might be thinking, “Ugh, it’s a reality TV show, of course it’s not taken seriously.” But those who watch The Bachelor are not meant to watch it with a critic’s eye. And yet critics — or people who think they should be critics — will paint women as stupid for enjoying the show in the first place.

Such light entertainment always gets trashed. When Twilight came out, people trashed preteen girls — and their moms — for obsessing over the series. The same goes for the book and movie versions of The Fault in Our Stars, which were immediately judged as ridiculous because girls flocked to them.

It may be easier to see this dynamic if you look at “women’s entertainment” that’s managed to cross the line to serious and important work.

Star Trek was a fun space soap opera for housewives when it came out; it was the epitome of emotionally driven storylines and daytime television. And then men began to enjoy it, which turned the show into serious science fiction with an exclusive fanbase. Moreover, it became a “geeky” one, which accepted any snotty, pimply 13-year-old boy — but couldn’t imagine a girl joining in, much less a soccer mom, unless they were seeking to impress boys.

A similar phenomenon happened with the Beatles. When they first came to the states, they were merely a popular boy band that filled their concerts with screaming teenage girls. They were thought of as silly in the same way One Direction is thought of as silly. Then boys and men started listening to the Fab Four, and they became serious rock music, not something girls got together to listen to on the radio after school.

The romance genre has often been associated with women. It’s known for espousing women’s values and silly schoolgirl fantasies: The idea of a man catering to your every wish, or being aloof but handsome or aware of you when others are not. The notion that a handsome stranger could walk into town and see you — and only you. The tragedy that he was betrothed to someone else, but you were his true love.

These novels, shows and stories are not a literal wishlist for a build-a-boyfriend. The romance genre allows its vast female audience to use the world of fiction to play out sexual fantasies in a safe and fun way. Just as women can read erotica and be excited, they can read romance and be completely drawn in. They can have a satisfying sexual experience without the presence or thought of any real-life man.

This entertainment can be more satisfying than actually being with a man because the creators are specifically appealing to a female audience, regardless of if the creator is a woman. And unlike many male lovers, they cater the experience to women. It’s empowering for teenage girls who are afraid of boys, for wives whose husbands dutifully ignore their needs, and for older women who have long been unsatisfied by men.

My challenge to anyone reading this far is to enjoy things this Valentine’s Day because they reach your soul, without worrying about male approval. There’s a reason The Bachelor makes you cry and cheer on your favorite contestants, and it’s not because patriarchal male academia decided it’s worth watching.

Have no shame in enjoying a paperback romance novel or revisiting the Twilight series, and be empowered that romantic entertainment is not silly just because it’s catered to a woman’s experiences.